The ghosts of the Cowra break out 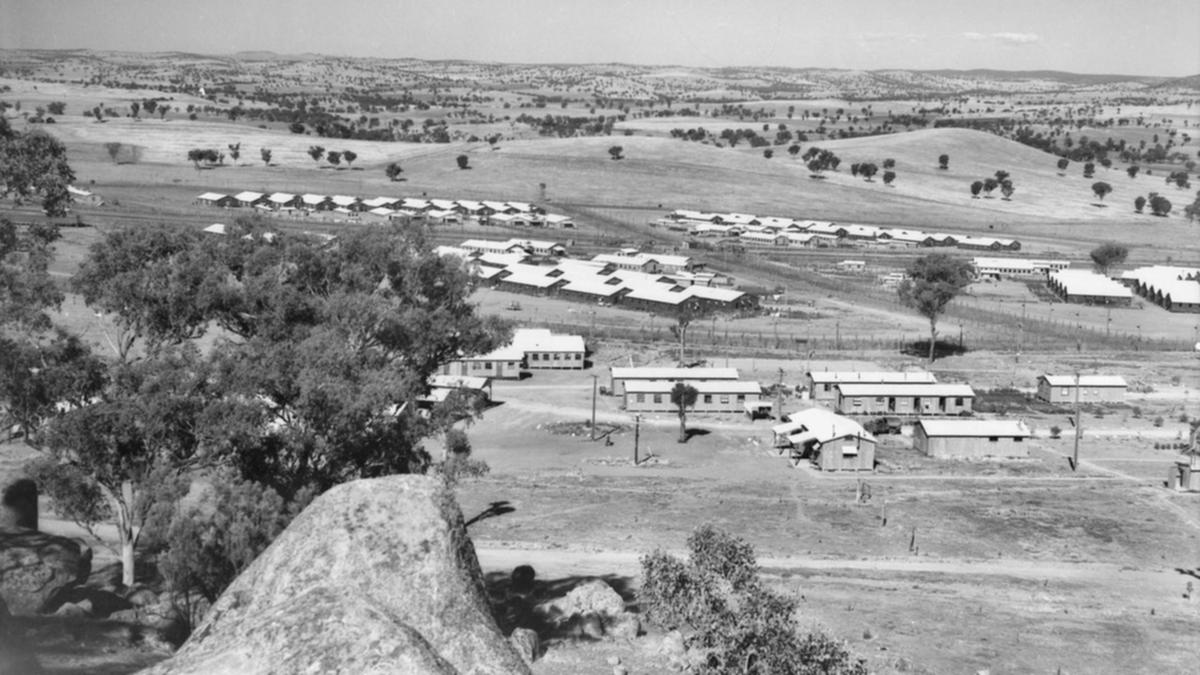 Soldier Tom Hancock put on a clean uniform, kissed his wife Hattie goodbye and prepared to spend a wintry night on patrol.

He was among a group of soldiers charged with keeping watch over bridges and rail tracks around Cowra, in central western NSW, on the lookout for hundreds of Japanese soldiers who escaped a camp on August 5, 1944.

More than 230 prisoners were killed during the break out, along with four Australians, when the inmates’ deep-seated frustrations turned deadly.

The farming region swirled with rumours in the days after the bloody escape, with some civilians even arming themselves and scouring paddocks for the fugitives.

As Sergeant Hancock and his comrades pulled up at their volunteer headquarters in the village of Blayney on August 7, a rifle unexpectedly fired and hit him in the right buttock.

Sgt Hancock was taken to hospital, where it appeared he would recover. But his wound soon turned septic and he died.

Author and historian Mat McLachlan tells the story of Tom Hancock’s life and death in his new book, The Cowra Breakout, which explores one of nation’s largest wartime escapes.

“It’s an injustice that should be corrected,” he tells AAP.

This week marked 78 years since the break out, which Mr McLachlan describes as the only WWII land battle on Australian soil, costing more lives than the bombing of Darwin in 1942.

“The aim of most prison escapes is freedom. But this was nothing to do with freedom, this was a battle,” Mr McLachlan says.

“The Japanese were trying to erase the shame of capture.

“They called themselves ghosts because they were trapped between their comrades who’d been killed on the battlefield and glorious death for the empire.”

The Australians knew as early as June the prisoners were planning an escape and decided to split the group by moving some to another camp in Hay.

The inmates were given two days notice of the transfer and used the time to plan their escape, casting votes by drawing a circle or cross on toilet paper sheets.

At 2am on August 5, fighter pilot Hajime Toyoshima, who had been captured when his plane was shot down over Darwin, sounded a bugle and the prisoners charged towards the fences carrying makeshift weapons.

Hundreds of inmates were killed by gunfire, while others escaped, having set fire to their huts.

Privates Benjamin Hardy, Ralph Jones and Charles Shepherd were fatally attacked in the camp, while Lieutenant Harry Doncaster was bashed dead when ambushed by prisoners later that day.

It took nine days to round up more than 300 escapees.

Mr McLachlan says Sgt Hancock’s story was one of many details lost in a wide-ranging military cover-up, which he describes as a “complicated ballet” of wartime diplomacy.

Scant details were released in the days after, followed by a hasty inquiry designed to cast blame entirely on the prisoners.

Mr McLachlan says the break out should never have happened, as the Australians long knew of the prisoners’ plans.

“There was such a level of misunderstanding about how angry the Japanese were.”

More than seven decades on, Cowra is home to a meticulously manicured Japanese garden, known for its lush pink cherry blossoms that bloom in spring.

Its community maintains strong links to Japan through a sister city program and it has preserved the camp as a historical site.

A world peace bell, a replica of the one that stands outside the United Nations building in New York, sits in the centre of town.

Mr McLachlan says the break out is a significant part of Australia’s wartime history that too few people know about.

“It’s a very human story that’s a gap in our history.”

Denial of responsibility! Pedfire is an automatic aggregator of the all world’s media. In each content, the hyperlink to the primary source is specified. All trademarks belong to their rightful owners, all materials to their authors. If you are the owner of the content and do not want us to publish your materials, please contact us by email – [email protected]. The content will be deleted within 24 hours.
CultureLifestyle
0
Share

Anthony Joshua fired warning as Amir Khan details being in…