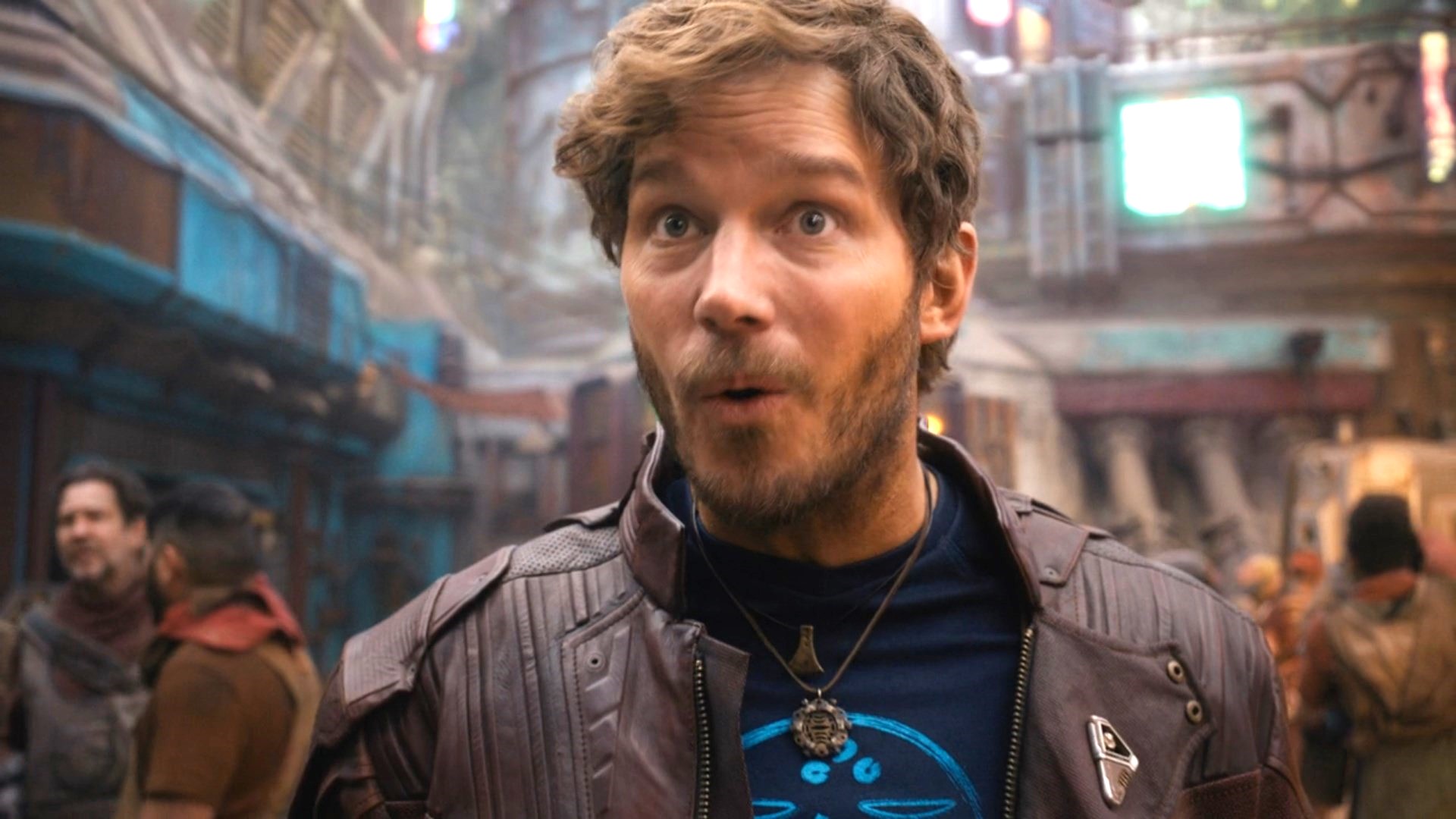 The Guardians of the Galaxy Holiday Special has just landed on Disney Plus, and delivers on its promise of a heartwarming and funny story centered on Marvel’s top spacefaring team of heroes. There’s not much more to it than that, though we do get some excellent festive needle drops, and Kevin Bacon clearly having a lot of fun playing himself.

Along the way, James Gunn sneakily makes a truly obscure IP part of MCU canon. Early in the episode, Drax and Mantis travel to Earth in search of Mr. Bacon, making their way down Hollywood Boulevard. This is an excuse for a bunch of fun cameos of actors dressed as MCU favorites, though there’s one guy dressed like a robot. Drax sees him and becomes filled with rage, while Mantis holds him back and shouts “I’m sorry! GoBots killed his cousin!”

So, what are GoBots? Well, back in the 1980s, they were Tonka’s answer to Hasbro’s Transformers. Generally considered the lesser brand of shape-changing robots, the GoBots had their own cartoon Challenge of the GoBots, trying and failing to knock Optimus Prime off his lofty perch. In the early 1990s, Hasbro acquired Tonka and the GoBots rights, and they’ve made occasional cameo appearances in the Transformers franchise.

What this means for them now becoming MCU canon is anyone’s guess. Marvel has historically had close links with the Transformers franchise, with their UK arm responsible for a beloved series of comic books that added a lot of depth to their world. More recently, Disney and Hasbro have had a close business relationship through merchandising, with a multi-year deal in place for the Star Wars, Marvel, and Indiana Jones toy licenses.

Notably, Hasbro and the GoBots IP aren’t mentioned in the credits, so we suspect James Gunn is simply a fan. Even so, as of The Guardians of the Galaxy Holiday Special, there are officially GoBots out there somewhere in the MCU, even if it’s very unlikely we’ll ever actually see them.

The Guardians of the Galaxy Holiday Special is now streaming on Disney Plus.

‘I pray that it moves you’: Stormzy releases This Is What I Mean – Music News

Honda Cars ties up with Maruti Suzuki Toyotsu for vehicle…

Covid blood-thinner drug treatment dangerous and does not…

Can you solve it? Puzzles for blockheads | Mathematics

Elvis Presley ‘brother’ was there at…