The History Behind Wonder Comics #2, Up for Auction 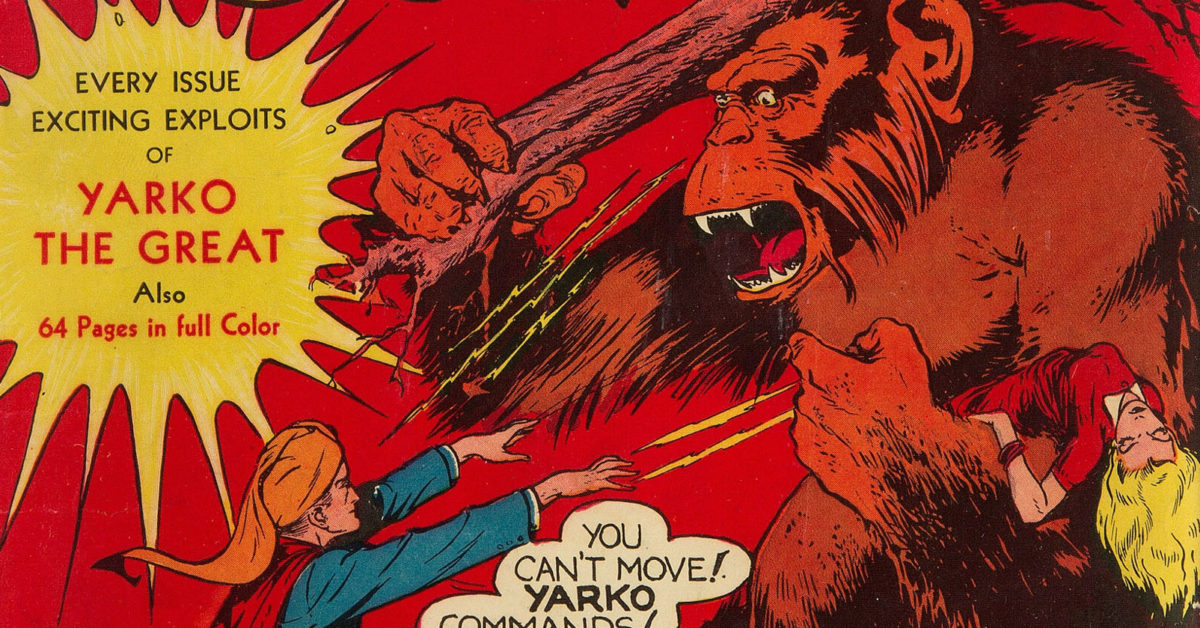 There’s long been a lot of historical interest surrounding the publication of Victor Fox‘s Wonder Comics #1, and deservedly so.  The resulting lawsuit, Detective Comics, Inc. v. Bruns Publications, Inc. and its accompanying court testimony is a goldmine of historical information about the formative moments of the Golden Age comic book boom.  Filed by the company that would become known as DC Comics over similarities between Superman and Fox’s Wonderman, DC v Bruns is perhaps my favorite comic book history historical document, and a close examination of the details reveals much about important moments of comic book history.  But for all of that attention, little focus has been paid to the publication of the second issue of that ill-fated series, Wonder Comics #2.  That’s a shame, because DC v Bruns has a lot to say about how that issue played out as well.  An incredibly underappreciated and rare part of comic book history, there’s a Wonder Comics #2 Incomplete (Fox, 1939) CGC Qualified GD/VG 3.0 Slightly brittle pages up for auction in the 2022 December 1 Fox Comics Showcase Auction #40214 at Heritage Auctions.

It’s an underappreciated aspect of DC v Bruns that DC Comics originally hoped to halt the distribution of Wonder Comics #1 with its March 16, 1939 filing.  And further, Victor Fox had already decided to throw in the towel on publishing Wonder Man in Wonder Comics by the time the case went to trial on April 6-7, 1939.  The March 16 complaint clearly states that DC Comics believed that distributors Kable News Company and Interborough News Co., who were named co-defendants in the case, were “presently in possession of large numbers of copies of said infringing periodicals and are about to distribute or are in the process of distributing” Wonder Comics #1, and hoped that “publication, distribution and sale” of the issue would be ordered restrained.  The complaint additionally calls for copies to be impounded “during the pendency of this action”.  Interestingly, DC Comics had come into possession of unreleased copies of Wonder Comics #1 that it submitted in its March 16 court filing along with the original complaint.

Wonder Comics #1 has a copyright date of March 17, 1939 — the day after DC Comics’ court filing.  Periodical copyright dates are generally considered on-sale dates, because according to the statute in effect at that time, the Copyright Act of 1909, the date of publication as listed is “held to be the earliest date when copies of the first authorized edition were placed on sale, sold, or publicly distributed”.  That said, it’s generally understood that actual newsstand dates would vary from place to place around the country.  Further, if you scrutinize enough copyright dates, it becomes apparent that they are sometimes likely not day-and-date accurate.  Put simply, some publishers probably sometimes fudged, estimated, or guessed at the dates a bit.

In an interesting coincidence, DC Comics officer and co-owner Jack Liebowitz, also a partner in DC’s connected distribution company Independent News Co., testified that Victor Fox had served notice that he was ending his distribution relationship with Independent News on February 11, after having been seen in the offices near-daily to monitor his magazine sales up to that time (a matter that DC Comics took some pains to show meant that Fox could have obtained sales information for Action Comics while he was examining his own sales info).  Around this time, to Liebowitz’s claimed surprise, Fox informed him that he was entering the comic book business with a title Liebowitz recalled as being characterized as including “detective, adventure, action, fun” material.  Liebowitz started to say that he had no idea specifically what Fox was contemplating before being cut off via an objection from defendant’s council.  Of course, given that those four words are the keywords from each of the four titles that Detective Comics, Inc. published at that time, if Liebowitz didn’t see where that was going in combination with Fox’s termination of his distribution arrangement with Independent News, perhaps he should have.

Despite having gotten issue #1 of his first comic book series onto the newsstands before DC Comics could stop him, despite historical impressions to the contrary, and despite putting on a well-reasoned defense in a likely attempt to avoid monetary damages, Fox gave up the fight to publish Wonder Man before it had truly begun — at least in the short term.   In his April 4, 1939 answer to the complaint, Victor Fox’s council wrote in part, “Upon receipt by this defendant of notice from plaintiff of alleged infringement of copyright or of the alleged appearance of similarity between plaintiff’s and this defandant’s respective publications, this defendant caused changes to be effected in its publication so as to remove or discontinue such similarity between its and plaintiff’s publications…”

This of course brings us to the contents of Wonder Comics #2, with said changes being the obvious replacement of Wonder Man with Yarko the Great as the cover feature.  Hitting the newsstand around April 28, 1939, this certainly means that Fox had the Yarko material in hand prior to the April 4 statement and likely even had the issue into pre-press production by that time.  There are a couple of relevant interior announcements inside the issue, namely that “there’s not enough room in this issue for the Wonder Man, but he’ll be back with you soon in bigger and better adventures”, and “because of the many new features in this exciting magazine, and to make our name more complete, we are changing our title, beginning with the next issue, to Wonderworld Comics”.

These moves addressed practical concerns for Fox.  He didn’t intend to let the lawsuit slow him down no matter what the eventual outcome, so he removed Wonder Man from the series and additionally decided to change the title from Wonder Comics to Wonderworld Comics in a likely bid to sidestep any court-ordered consequences that might impact both the character and the title itself, or even help reassure printing and distributing partners that the renamed title would be legally unencumbered.  The trademark registration for Wonderworld Comics claims use since April 20, which typically indicates an ashcan or mock-up was created using the title logo.  Wonderworld Comics #3 did indeed follow promptly in May without missing a beat.  There’s plenty to say about Victor Fox which we’ll get to here in time, but he was a crafty operator and navigated this legal crisis very shrewdly.  DC v Bruns was ultimately decided against Fox in April 1940, but he had managed to launch a line of six ongoing comics titles in the meantime.

Wonder Comics #2 is also notable for featuring the first comic book cover artwork of the legendary Lou Fine.  The ape on this cover was somewhat notoriously swiped by Bob Kane for the Batman story in Detective Comics #31 later that year.  Kane had contributed to Wonder Comics #2 with a feature called Spark Stevens.  Overall, this is a pivotal moment in comic book history, and as the Heritage blurb notes, this is only the second time they’ve ever offered a copy at auction.  But you can get this fascinating bit of comics history in Wonder Comics #2 Incomplete (Fox, 1939) CGC Qualified GD/VG 3.0 Slightly brittle pages up for auction in the 2022 December 1 Fox Comics Showcase Auction #40214 at Heritage Auctions. If you’ve never bid at Heritage Auctions before, you can get further information, you can check out their FAQ on the bidding process and related matters.

Affiliates of Bleeding Cool buy from and/or consign to Heritage Auctions.

Professions, heal yourselves – only you can make the public sector better value for money | Simon Jenkins