The Kashmir Files is a propaganda, vulgar movie: IFFI jury feels ‘disturbed and shocked’ by its inclusion 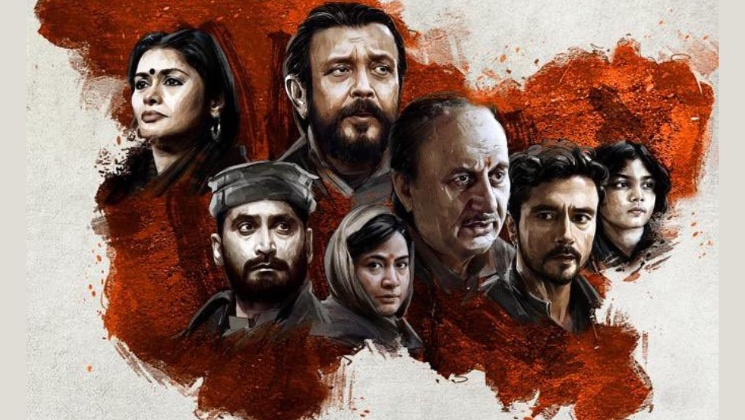 The International Film Festival Of India concluded its recent edition in Goa on November 28 and the festival served as a platform for some high quality cinema from across the world. However, the closing ceremony for the 53rd edition of IFFI saw some startling remarks made by the jury head, Israeli filmmaker Nadav Lapid over the inclusion of Vivek Agnihotri’s The Kashmir Files in this year’s edition, that too in the presence of top ministers, including the Union Information and Broadcasting Minister Anurag Thakur.

In a video doing rounds on social media, the IFFI jury head is seen making a speech talking about this year’s entries in the competition section while questioning the inclusion of The Kashmir Files in it. He said, “I’d like to thank the head of the festival and the director of the programming for the cinematic richness of the programme, for its diversity, for its complexity. It was intense. We saw seven films in the debutant competition, and 15 films in the international competition — the front window of the festival. 14 out of them had cinematic qualities, defaults and evoked vivid discussions. All of us were disturbed and shocked by the 15th film, The Kashmir Files. That felt like a propaganda, vulgar movie, inappropriate for an artistic competitive section of such a prestigious film festival. I feel totally comfortable to openly share these feelings here with you on this stage. In the spirit of this festival, can surely also accept a critical discussion, which is essential for art and life.”

Check out the video here:

Chair of the Jury of Goa Film Festival says that the Jury felt that Kashmir Files was a vulgar propaganda film, inappropriate for the film festival pic.twitter.com/FKTF93ZlRY

Vivek Agnihotri’s The Kashmir Files released this year in March and is set against the backdrop of the 1990s Hindu exodus and the targeted killings of the Kashmiri Pandits in the northernmost state of India. During its release too, the film landed in its fair share of controversies with people having reactions on both extremes. However, the film starring Anupam Kher, Mithun Chakraborty, Pallavi Joshi and Darshan Kumaar along with an ensemble cast, emerged as one of the biggest commercial blockbusters of the year. The film was also thought to be one of the front runners for India’s official entry to Oscars 2023.