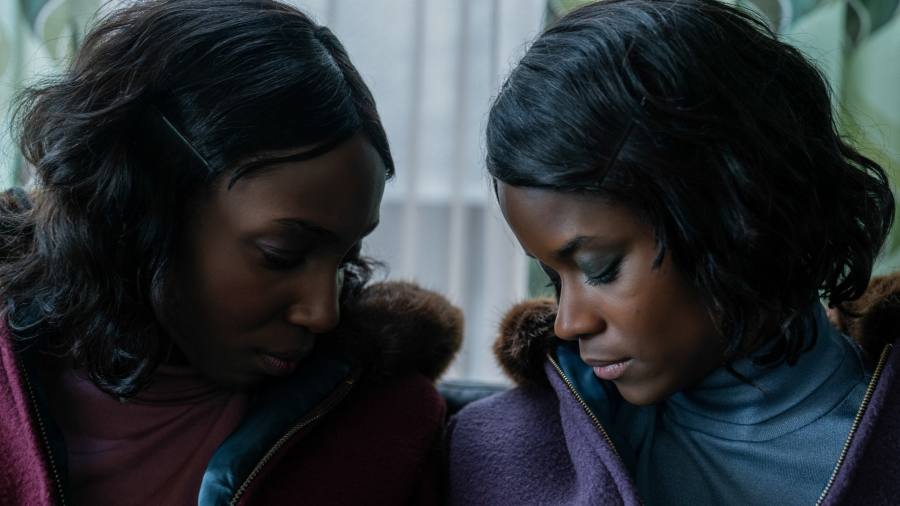 A biopic in duplicate, The Silent Twins does two things at once. First we have a dense, unnerving case study; second, a real-life British social history. The story is that of June and Jennifer Gibbons, born minutes apart to Barbadian parents in 1963 and brought up in the small Welsh town of Haverfordwest. But their true home is a private world, sealed so tight no one else gets in or out.

We meet the sisters as children. By then, silence has already descended, if only selectively. Rich and excitedly verbal tales are told behind their bedroom door; the narrated adventures of homemade dolls. But not a word is spoken to classmates, or even parents and other siblings. Family, schools, medical authorities: all despair.

On the other side of adolescence, enter Letitia Wright and Tamara Lawrance as the older June and Jennifer. Their deadly earnest pact has only grown more knotted; their invented stories now bizarrely soap-ish, if neatly typed. (June Gibbons would later be seen as an important “outsider writer”.) But the real world brings a sting in the tail. Spoiler warning: a humdrum act of teenage vandalism finds the sisters indefinitely committed to Broadmoor psychiatric hospital.

Between the vivid performances of Wright and Lawrance, director Agnieszka Smoczynska reconstructs the Gibbons’s ornately plotted fantasies. The air in their inner life is as close as you might imagine. Not much less claustrophobic is what lies outside. Smoczynska is Polish, but nails the murky grain of 1970s and ’80s Britain, all ring roads and looming pylons an unlucky child is always clearly about to fly a kite into.

The film wants us to share space with the sisters, rather than diagnose them. The impulse is admirable, but narrows the field of vision. (Smoczynska doesn’t much register the obvious isolation of black children in provincial Wales half a century ago.) But it also feels right that question marks remain. At least some of the mistreatment of the sisters lay in sheer, panicked bafflement. Clinical mystery lingers even now. And a still bigger puzzle too, of course: what it might really mean not to spend a life alone.

In UK cinemas from December 9