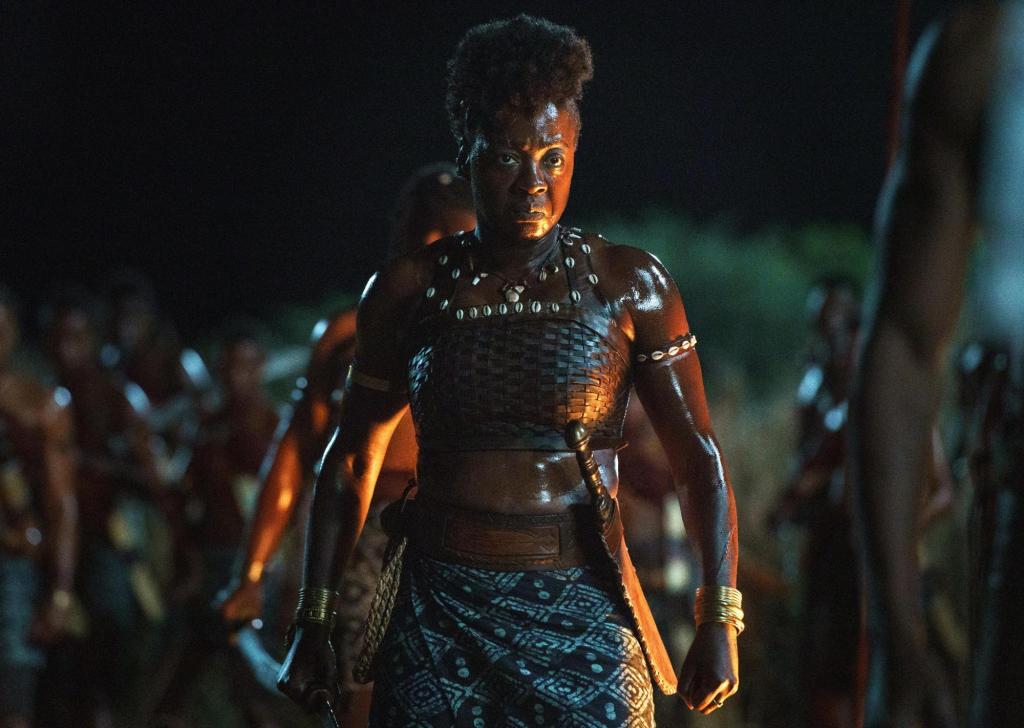 The Viola Davis-led action epic “The Woman King” easily conquered the North American box office in its first weekend in theaters, against a crowded market of new releases. The film, directed by Gina Prince-Bythewood, surpassed expectations and earned $19 million in ticket sales, according to estimates from Sony on Sunday.

“The Woman King” was released by Sony and TriStar in 3,765 locations and carries a reported production budget of $50 million, which was co-financed by eOne. The film, about the Agojie, the all-female army of the Kingdom of Dahomey in West Africa in the 1800s, got glowing reviews after its debut at the Toronto Film Festival. It currently boasts a 94% fresh rating on Rotten Tomatoes. And theatrical audiences seem just as enthusiastic, giving it a rare A+ CinemaScore suggesting that word of mouth will be strong in the coming weeks.

“This one has great reviews, an epic story and a great star in the lead role,” said Paul Dergarabedian, Comscore’s senior media analyst. “People want to go to the movie theater and audiences are back in the habit of expecting new movies in theaters.”

It was a jam-packed week for new releases at the domestic box office that included the A24 horror prequel “ Pearl,” Searchlight’s starry mystery pic “ See How They Run,” NEON’s David Bowie documentary “ Moonage Daydream,” Paramount and Miramax’s “Confess, Fletch,” with Jon Hamm, and Focus Features’ “The Silent Twins.” But even though most boasted good reviews, it was still a slower week for the business overall.

“See How They Run,” a 1950s-set murder mystery with Saoirse Ronan and Sam Rockwell, is estimating a $3.1 million domestic debut from 2,404 locations.

Ti West’s “Pearl” also took in an estimated $3.1 million. A24 released the film starring Mia Goth as a farmgirl who dreams of movie stardom on 2,935 screens. The first film “X” opened $4.3 million in March and the studio has already greenlit a third film, “MaXXXine.”

Brett Morgen’s Bowie documentary “Moonage Daydream,” meanwhile, debuted exclusively on IMAX screens this weekend, where it made $1.2 million in North America and landed in 10th place.

“This may not be a blockbuster-filled corridor, but this is a great weekend,” said Dergarabedian. “There’s all this talk of the post-summer doldrums or slowdown, but there’s a lot of new movies out there. You just have to look for the gems.”

Next week will see the release of Olivia Wilde’s much-discussed “Don’t Worry Darling,” which could give a boost to the box office. But blockbuster numbers likely won’t return until October and even November when the superhero movies return with “Black Adam” and “Black Panther: Wakanda Forever.”

Estimated ticket sales for Friday through Sunday at U.S. and Canadian theaters, according to Comscore. Final domestic figures will be released Monday.

Big Brother 24: Who Won The Final Veto, And Who Will Likely Be The Final 3

CCP Knows Biden Only Shot Down Spy Balloon Because of Photos

These Apps Will Keep Your EV from Running Out of Juice

Boring can be good. How modest Clement Attlee’s unflashy…