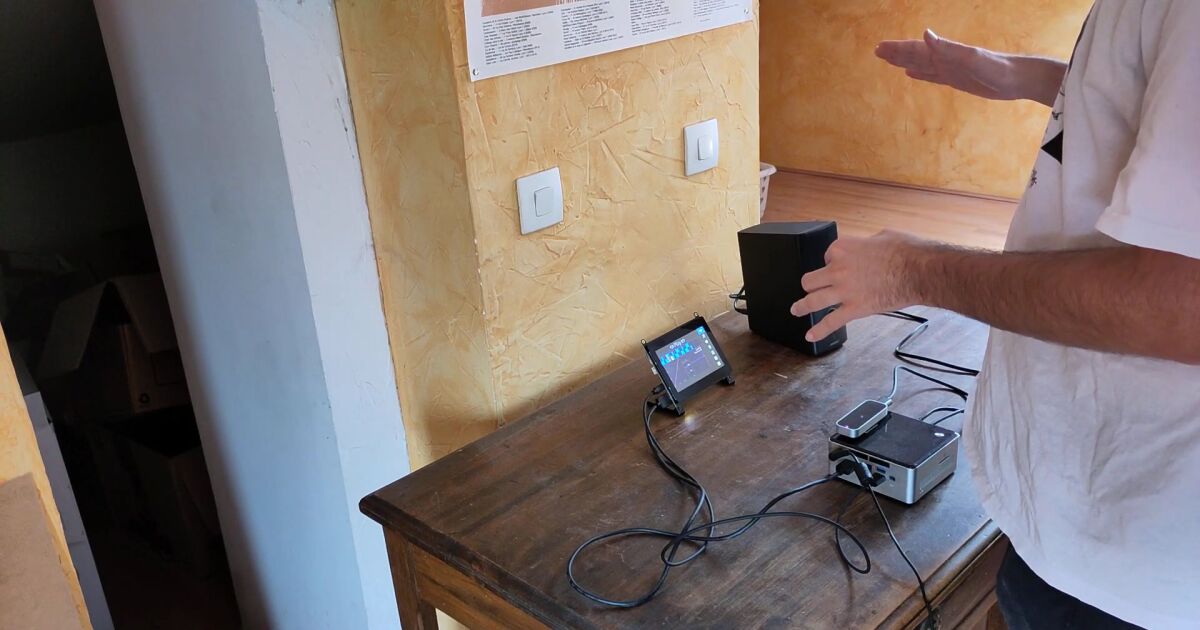 From the eerie tones of classic B-movie horror flicks to atmospheric warbling on modern music tracks, the Theremin is instantly recognizable. An open-source version called the Theremotion uses a Leap controller to add a new layer of expressive control.

The Theremin was the brainchild of a Russian physicist called Lev Sergeyevich Termen, who noticed that the proximity of his body to a modified device that measured gas density caused the output tone to change. Leon Theremin, as he became known, settled in the US and patented his invention before RCA took it into production.

Unlike other instruments, the player doesn’t actually touch the device to create the signature other-worldly tones but controls output pitch by moving one hand close to or away from an antenna while using the other hand’s proximity to a second antenna to control the amplitude.

The Theremotion project from developer Pierre Lulé works similarly, but uses a motion-tracking Leap controller for gestural control of the sounds produced. Specific hand positions can be mapped to a low pass filter, dial in different sounds or play a chord while pinch gestures can restrict the instrument to a selected scale – which could make it easier to play for newbies.

You can see the device in action in the video below. And if you want to have a crack at building one of your own, Lulé has posted project documents and code to Github for free download. You will need to buy a Leap Motion controller and have a Windows PC handy though.

Lastminute.com Black Friday sale has breaks from £169pp & up to £300 off holidays