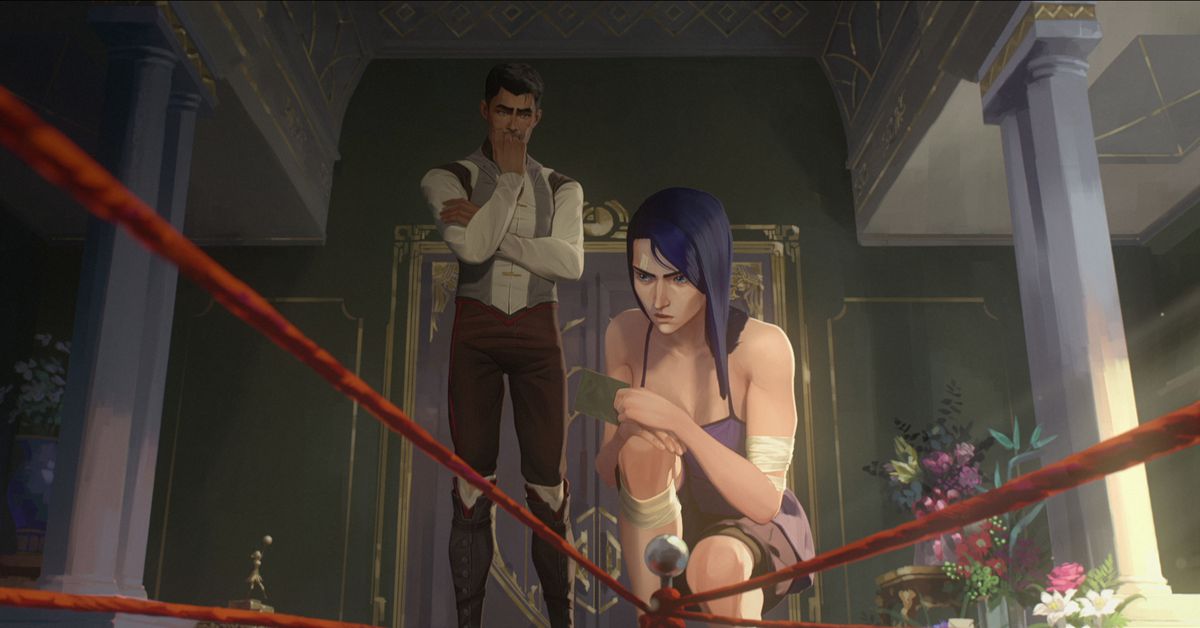 The first act of Arcane is a heartbreaking tragedy, but it’s necessary to set up the rest of the series. While the events set in motion by the first three episodes are largely resolved and tied up by the end of the first season, longtime League of Legends fans think that some elements might come back into play in the future. The second season of Arcane isn’t coming for a while — not until after 2022 — but it’s still interesting to speculate as to which of these elements might return.

Digging into League of Legends lore also reveals there’s one character who seems particularly set to come back, despite the odds being against him. If this prediction ends up being true, it’ll add another healthy dose of angst to the equation for protagonists Jinx and Vi.

Vander is a prominent character in the first act of Netflix’s Arcane, serving as the adoptive father to Vi and Powder. He raised a rebellion in the undercity of Zaun and led it across the bridge to Piltover, only to be forced back by the Enforcers. That bloody battle changed Vander forever — especially because it resulted in the death of Vi and Powder’s parents. The very first thing we see in Arcane is Vander’s decision to adopt the girls and raise them in Zaun.

Unfortunately, everything goes terribly wrong, and Vander ends up dying at the end of episode 3. Or at least, we think he does. Longtime League of Legends lore crafters think that he might very well be alive, although that’s not much of a blessing. See, there are signs that Vander is now Warwick, the Uncaged Wrath of Zaun. This isn’t great, because Warwick is a giant, terrifying werewolf monster. Here he is, in a cinematic teaser from 2017, murdering a couple of Zaunites in true horror movie fashion.

Let’s take a quick look at the facts of Warwick’s bio from the official Universe site. He’s a “monster” fused with “an intricate system of chambers and pumps, machinery filling his veins with alchemical rage.” He was once “a gangster,” but he “put down his blade and took up a new name to live a better life.” Then, a mad scientist named Singed snatched him up and started running tests on him to reveal “the deadly beast hidden within a ‘good man.’” One of the few memories that Warwick has left is a little girl screaming a name.

There are a few small details that hint at this development, and the big picture lines up too. Details in both League and Arcane further tie the two characters together. Vander is the Hound of the Underground, a notable nickname considering that Warwick is a giant dog-man. Singed, Warwick’s creator, is there when Vander dies; it’d be pretty simple for him to grab his body and experiment on it, resulting in Warwick. We even see a glimpse of a great beast with claws hung up in Singed’s lab later on in the series.

Vander even kickstarted the process by getting loaded up on the illicit drug Shimmer, becoming misshapen and aggressive. The Warwick leitmotif plays at significant times in Arcane, which is odd for a character who isn’t in the series — unless he has been the entire time. In the series’ climatic showdown, Vi urges Jinx to remember who she is and remember loved ones from their shared past. When Jinx envisions Vander, her mind scribbles chaotic images around him — long wolf ears, claws, and shaggy fur.

In League lore, Warwick taunts Vi with the line “Who taught you how to punch?” He says to Jinx, “You were there.” This lines up with Arcane, where Vander taught Vi how to fight, and Powder — later to become Jinx — was there as Vander passed. His biography says that he saw a “bearded man” in the eyes of one of his victims, which suggests that could be a moment of self-perception.

Even though Vander leaves the story early, his influence remains in Arcane’s final six episodes. Even Silco, the series’ antagonist, finds himself drawn to Vander again. He sits under a statue of his old friend, and commiserates about the struggles of trying to strike a balance and lead Zaun to the future. This isn’t set in stone, but it seems likely that Vander may return in season 2. It just may not be in a particularly pleasant form.

The Cadillac Lyriq Will Get Here In ‘A Few…

Adele shares grief with fans by video call over postponed…