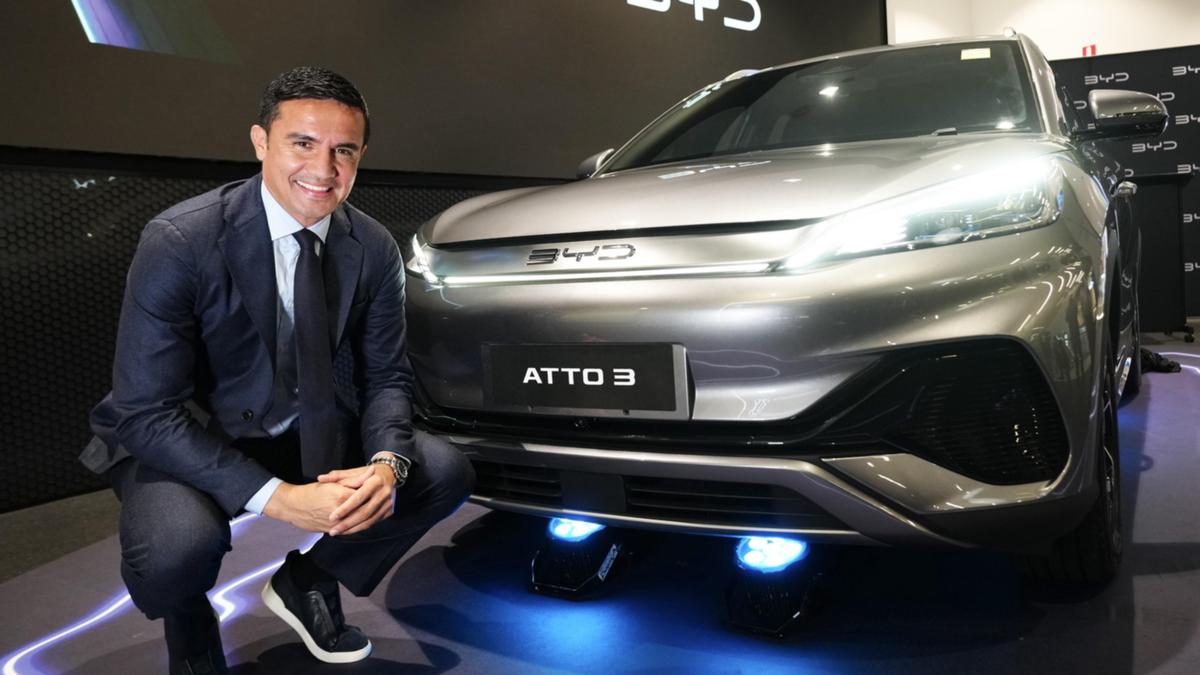 We’ve been writing about the launch of BYD electric vehicles into Australia for what feels like forever, but the countdown clock is about to strike zero.

The company claims to have more than 4000 sales banked, with deliveries to buyers scheduled to kick off in a matter of weeks.

All that’s left for us now is to drive the thing, and see if the sharply-priced EV lives up to the hype.

“We have the capability to produce 3000 EVs a month going forward, and currently have 5000 in production and on their way to Australia on three cargo ships,” claims EVDirect managing director Luke Todd.

“Customers who ordered their EV’s earlier this year are just weeks away from delivery of their Atto 3s.

“This is one of the largest new car brand launches in Australian automotive history… any new orders placed in the next month via www.EVDirect.com will be delivered comfortably by the end of the year,” claimed Mr Todd.

These numbers are nearly unheard of in Australia (bar Tesla), where EV take-up is being throttled by a lack of supply – often a result of big car brands allocating surplus EV production to countries with emissions reduction targets, bigger EV subsidies, and more infrastructure.

Should BYD deliver on its plan, it would immediately sit second only to Tesla among Australia’s EV brands, leaping ahead of Hyundai and MG.

The first right-hand drive Atto 3s were unveiled this week at Indooroopilly Shopping Centre in Brisbane, by football (of the round variety) superstar Tim Cahill, there to whip off the covers.

MORE: Australia’s best-selling EVs in the first half of 2022MORE: What electric car buyer incentives are offered across Australia?

EVDirect.com.au claims more than 2000 people showed up to the reveal, many of them order-holders.

BYD, the Chinese maker of electric (or at the very least, electrified) vehicles, was until recently best known for its EV bus fleet, and the fact that one of its major long-term shareholders is investment guru Warren Buffett.

But it’s busy spreading its tentacles all over the globe including to Australia, where it has paired up with EVDirect to sell a diverse range of affordable EVs available for purchase both online, or a showroom network backed by dealer group Eagers.

It also plans to open order books for the BYD Seal sedan (a Tesla Model 3 competitor) and BYD Dolphin or EA1 (a small EV hatch) before the end of 2022, with deliveries set for 2023, it claims. It also wants to offer an electric ute by as soon as mid-decade.

Globally, BYD is seen as one of the most likely long-term competitors to Tesla among the so-called ‘non-legacy’ brands, and is even poised to supply its in-house batteries to the Elon Musk-run EV superstar.

“We’ve been overwhelmed with not just buyers, but people that are interested in the product. BYD to some is a new brand and they have never heard of it, but to others BYD has been a hotly anticipated brand,” said Mr Todd.

“We are thrilled about the volume of deposits we’ve taken [on Atto 3]. We are comfortably on a pathway to being the second largest EV company with deliveries for this year,” he added, referring to Australia specifically.

Here’s How Long A Tesla Model Y Battery Will Actually…

Cancer Treatment: How Chemotherapy Affects Your Teeth And…