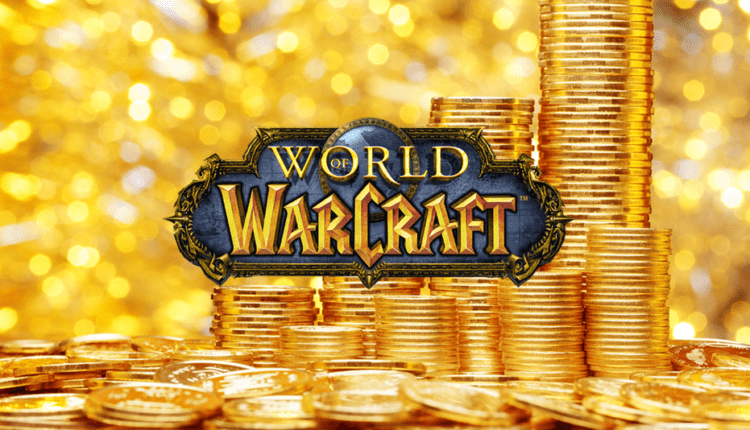 Blizzard’s World of Warcraft is soon getting its 8th expansion named Shadowlands, which was announced in last year’s BlizzCon event. Ever since its first expansion, the developer has tweaked numerous gameplay mechanics and added so much new content that it isn’t the same game anymore.

After thousands of requests from WoW’s long-standing, Blizzard also released the Classic version of the game, which not only removes the expansion content but also caps the maximum level of player characters to 60. In addition, the gameplay mechanics are reverted to the original version, providing players an authentic experience.

Those who have played the pre-expansion version of World of Warcraft already know how difficult it is to reach the max level. If you are planning to start a new journey in WoW Classic, be sure to check this guide out for tips to level up your WoW character as quickly as possible.

Ways to level up in WoW Classic

In order to level up your character in WoW Classic, you can either complete quests or visit the dungeons.

The most straightforward option for solo players is to complete the quests. Although it’s not as efficient as doing dungeons, it mostly depends on the class you choose to play with. Also, you will possibly be distracted by something else when trying to do quests, so it might slow down your progress for some time. The key advantage of questing is that you can also level up your primary and secondary professions in the meantime.

The other way to level up in the game is to visit dungeons with a group of players and finish them over and over again to farm experience points and level up. You can also expect to receive guaranteed loot after a while, with gear better than the ones you get from completing quests.

If you can find a balance between questing and repeating dungeons, you can quickly level up to 60 in just a few playthroughs.

If you are playing solo, questing is the safest and easiest way to get EXP points. Unless you are playing with a group, we advise you not to go into high-level dungeons.

Travel time, combat, and recovery are the three major factors for leveling up your character quickly. Here’s why.

Roaming through different zones to complete quest objectives obviously takes a lot of time. Until you reach level 40 and acquire your first mount, you can take advantage of add-ons like Questie to reduce travel times.

To give yourself an advantage against the mobs, try to get gear with better stats and learn new spells that deal more damage. It will significantly make it easier to finish off waves of enemies in one go.

Since WoW Classic doesn’t let players chain enemies, you will probably deplete your resources faster than expected. However, you can craft bandages more quickly using your First Aid profession, acquire gear stats like Spirit, and have enough Food and Drink on you to increase your recovery times.

Playing WoW Classic with a group

It’s totally possible to complete the quests solo, but sometimes you must need another player to finish bigger objectives. Doing dungeons with friends is also fun, and it marginally decreases combat time.

However, playing with a group also means that your gained EXP points are shared across all the players. If killing a mob gives you 100 EXP, here’s how it’s shared among players on the same level:

However, when you play as a group, everyone gets the same amount of experience from completing quests.

Just make sure not to initiate a raid. Otherwise, you won’t be able to start quests for some time, and the EXP points gained from killing mobs will also be significantly reduced.

When you are repeating dungeons, it’s important that other players in your group don’t leave the game early. Else, inviting a new player in your group will reset the EXP gains from dungeons. If you have trouble finding a group, type “/join LookingForGroup” in the in-game chat.

In case grinding dungeons gets boring for you after a while, you can explore the world and complete quests in the meantime. This way, you will be able to experience PvP and level up your professions. However, it all depends on your personal preferences.

Players from the Alliance faction get access to their first dungeon after reaching level 16, while Horde players can start early from level 13. Until level 30, the dungeons will be different for both factions. Here’s a list of dungeons you can choose to grind after reaching a certain level:

In WoW Classic, leveling up the professions is as important as leveling up your character. A few particular professions, such as Skinning, Herbalism, and Mining is essential to have as you level up, as they can make you a lot of Gold, which you can later use to upgrade your gear and class skills or exchange for your first mount.

As we suggested before, you should try to level up your First Aid profession to reduce your recovery time. When low in HP, you can craft bandages using the cloth that you obtain from the world and regenerate your health in a matter of seconds. Once you learn two of your primary professions, you can proceed to learn First Aid, which is a secondary profession.

This is where we end this guide to reaching the max level in WoW Classic. If you don’t have enough WoW Classic Gold to buy an upgrade or your mount, then you can buy WoW Classic Gold from MyWoWGold at a reasonable price. They offer a refund guarantee, and their support staff is already ready to help you out with your order problems.

What do you need to become a qualified painter?

Top 10 lip balm brands in the US

Things to Consider Before Opening a Credit Card