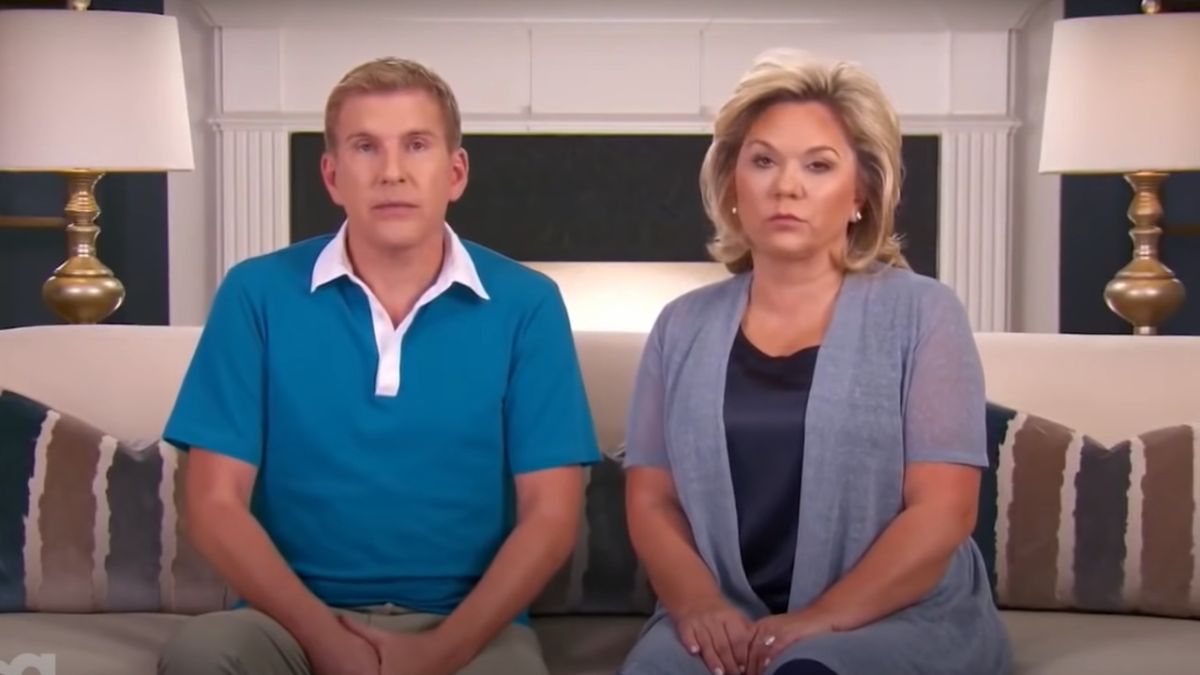 Todd and Julie Chrisley were once best known for their USA reality series called Chrisley Knows Best, but the married couple have been making headlines over the past year due to allegations of and then conviction for bank fraud, tax evasion, and (in Julie’s case) wire fraud and obstruction of justice. Now, both former reality stars are heading to prison for multiple years.

Todd Chrisley has been sentenced to twelve years in federal prison while Julie Chrisley has been sentenced to seven years, according to Insider. They received the news at the sentencing hearing on November 21, at which they requested leniency from the court, with Todd saying that Julie “should not be punished” with a sentence equal to his as she is the caregiver for son Grayson (who was recently involved in a car accident) and granddaughter Chloe.

While twelve and seven years for Todd and Julie Chrisley (respectively) does mean that they’ll be imprisoned for a long time, they did receive some leniency from federal sentencing guidelines. The reasons for the reduced sentences are reportedly due to their age and health, and the care required by Faye Chrisley (Todd’s mother) because of her bladder cancer.

The sentence comes months after their conviction back in June. The trial (which began in May) involved some shocking accusations, including allegations of a gay love affair between Todd Chrisley and his former business partner, plus the reveal of how much the reality stars needed to break even on a monthly basis. The alleged total was between $500,000 and $600,000. Former business partner Mark Braddock testified after being given immunity.

While the jury found the couple guilty of all charges, the entire Chrisley family was apparently taken by surprise by the conviction in June, with months to wait before learning their sentences. Todd and Julie did speak out just days after the convictions, but only to request that fans would respect that they weren’t allowed to discuss the situation, and say that it was a “very sad, heartbreaking time” for the family. There were still questions about what would happen to son Grayson and granddaughter Chloe.

Todd Chrisley later opened up about how he has changed since the ordeal of the trial and conviction, but said that his marriage to Julie (which Chrisley Knows Best fans watched on USA for years) was still going strong. The same can’t be said for the show itself, which Deadline reports has been cancelled after nine seasons, although a cancellation has not been officially announced or confirmed by anybody at the show or NBCUniversal. The ninth season finished airing back in August.

At the time of writing, the Chrisley family has not released a statement regarding Todd’s 12-year sentence and Julie’s 7-year sentence, but they will spend those years in federal prison. Peter Tarantino, their accountant, was sentenced to three years in prison for contributing to the fraud.

Tigmanshu Dhulia: My next will revisit Haasil in current scenario | Web Series

Prefabricated tiny home pops up in 60 minutes for under $40K