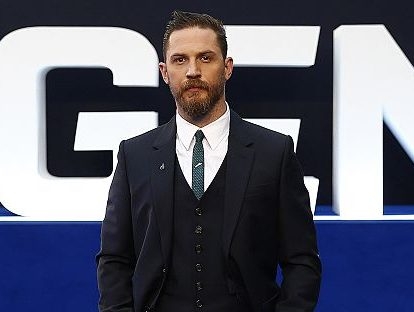 Reviews and recommendations are unbiased and products are independently selected. Postmedia may earn an affiliate commission from purchases made through links on this page.

Tom Hardy is a fighter on-screen and in real life.

The Venom star surprised everyone at the 2022 Brazilian Jiu-Jitsu Open Championship in Milton Keynes, England, when he showed up as a competitor.

To top it off, the Oscar nominee won all his matches.

The 45-year-old, who donned a blue gi, entered the competition under his real name, Edward Hardy.

“Everyone recognized him, but he was very humble and was happy to take time out for people to take photographs with him,” a spokesperson for the event told the Guardian.

“It was a real pleasure to have him compete at our event.”

Martial arts veteran Danny Appleby faced off against the actor in the semifinals, calling him a “genuinely really nice guy.”

He told Teesside Live: “I was shell-shocked. He said, ‘Just forget it’s me and do what you would normally do.’

“He’s a really strong guy… You wouldn’t think it with him being a celebrity,” Appleby continued.

“I’ve done about six tournaments, and I’ve been on the podium in every one. But he’s probably the toughest competitor I’ve had — he certainly lived up to his Bane character, that’s for sure.”

Or perhaps his Warrior character served as inspiration, in which he plays an MMA fighter.

Arsenal have a ‘better chance’ of winning the…