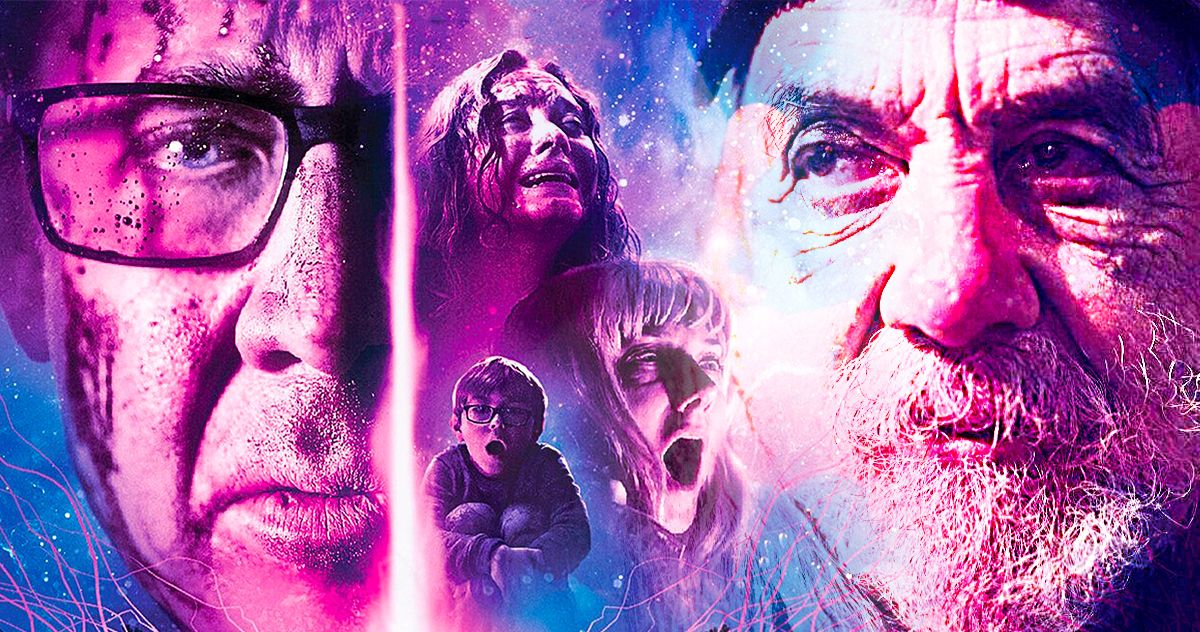 Tommy Chong has been a staple of the entertainment industry for decades. Over the course of his career, the man has released best-selling comedy albums, been part of the iconic duo Cheech & Chong, starring in a series of hit movies alongside his partner Cheech Marin, as well as being a writer, musician and an advocate for cannabis rights. At the ripe young age of 81, Chong is still keeping quite busy. His latest movie, Color Out of Space, which hits theaters this weekend, is evidence of that.

Color Out of Space also stars Nicolas Cage and, perhaps most importantly for genre movie fans, marks the return of director Richard Stanley (Hardware), who is behind the camera for his first feature in more than two decades. It serves as an adaptation of the H.P. Love craft story of the same name and centers on a family that has a meteorite land in the front yard of their farm, who then find themselves battling a mutant extraterrestrial organism as it infects their minds and bodies, turning their little slice of rural heaven into a living nightmare.

I recently had the good fortune of speaking with Tommy Chong in honor of the movie’s release. We discuss his lack of fondness for the horror genre, his thoughts on working with director Richard Stanley and much more.

We’re here to talk about Color Out of Space today. How did you get involved with it? How did this project come your way?

Tommy Chong: Well, they offered me some money that I accepted it. That’s about it [laughs]. I got in contact with my agent. Apparently Richard Stanley was a big fan of mine, I’m not sure of which movie, but anyway, he thought of me when he was writing this, putting it together and casting it. So they put out an offer and luckily I was available, and he did a nice job I think.

In the movie, you play a character named Ezra. Now hopefully without getting too much into spoiler territory, can you tell people a little bit about who your character is and how he fits into things?

Tommy Chong: Ezra is an old squatter. He’s got an old shack on someone’s property, but they leave him alone because he’s harmless. He just wanders around collecting things from the ground, and he ends up collecting some rocks. They turn out to be alive with microorganisms, they infect a lot of people that come into contact with these rocks. The reports are trying to track down the source so they end up going to Ezra’s place, and Ezra does his philosophical rant that no one really understands. It turns out to be a great horror, you don’t know what’s coming next, scary, fun movie to go see.

Richard Stanley directed this, and he famously hasn’t directed a movie in like 20 years. People are very excited that he’s back. What was it like working with him? What was he like on set? How was he?

Tommy Chong: Actually, he got the idea of Ezra from a real guy that he would visit, I believe in France. In the mountains in France. So when he had this idea for the movie, his buddy, Ezra, the old hermit, I guess I reminded Richard of that guy. That’s why Richard got a hold of me. Even though you don’t direct for 20 years, you’re still involved with the writing, and the producing. You’ve always got your eyes open. What you do when you have time off, like myself, you collect stories from people, and I imagine that’s what Richard did. He used that old hermit that he knew in France and he came up with this character.

Working with him was a dream because he knew what he wanted me to say. All he had to do was just be there, which he was, on the set and we would just work together very, very casual. It was just one of those made in heaven moments.

He’s adapting an H.P. Lovecraft story here. Were you a fan of Lovecraft before this? Or was this kind of a new world and new experience for you?

Tommy Chong: Totally new. A totally new world for me. I always managed to avoid horror movies. I’m too sensitive for them. The only horror movie that I remember walking out on was a Disney movie called Thumbelina. I saw Thumbelina on acid and I would not recommend that to anybody, because it’s the story of an adult woman having to marry a rat. That was the worst movie ever. I don’t even know how it ended because we left in the middle of the movie, and my three-year-old daughter was really angry at me. She wanted to see it, but we had to get out of there. That’s not my thing. Horror movies, definitely not my thing. Although, I’ve been trying to write a Cheech & Chong horror movie.

You’ve been extremely gracious with your time. Just before I let you go, you mentioned you’ve been doing this for a while. You’ve done so many different types of projects and you’re still obviously keeping yourself busy. But what what type of stuff interests you now? What is it that gets you excited about still acting or still writing? What keeps you doing this?

Tommy Chong: Right now I’ve got plans of working on my art, but I’ve got plans of putting my band with my sons back together. I had a band called Chong and the Family Stone. Right now, at this moment, my sons are available. We can put our band back together again. My dream right now is to put a super Tommy Chong band together. An evening with Tommy Chong, with some of the greatest music ever played, and some of the greatest comedy at the same time. That is my dream at the end of the rainbow.

Color Out of Space is in theaters now from RLJE Films.

The Incredible Hulk’s Abomination made a surprise appearance in Shang-Chi and the Legend of the Ten Rings ahead of his return in She-Hulk.