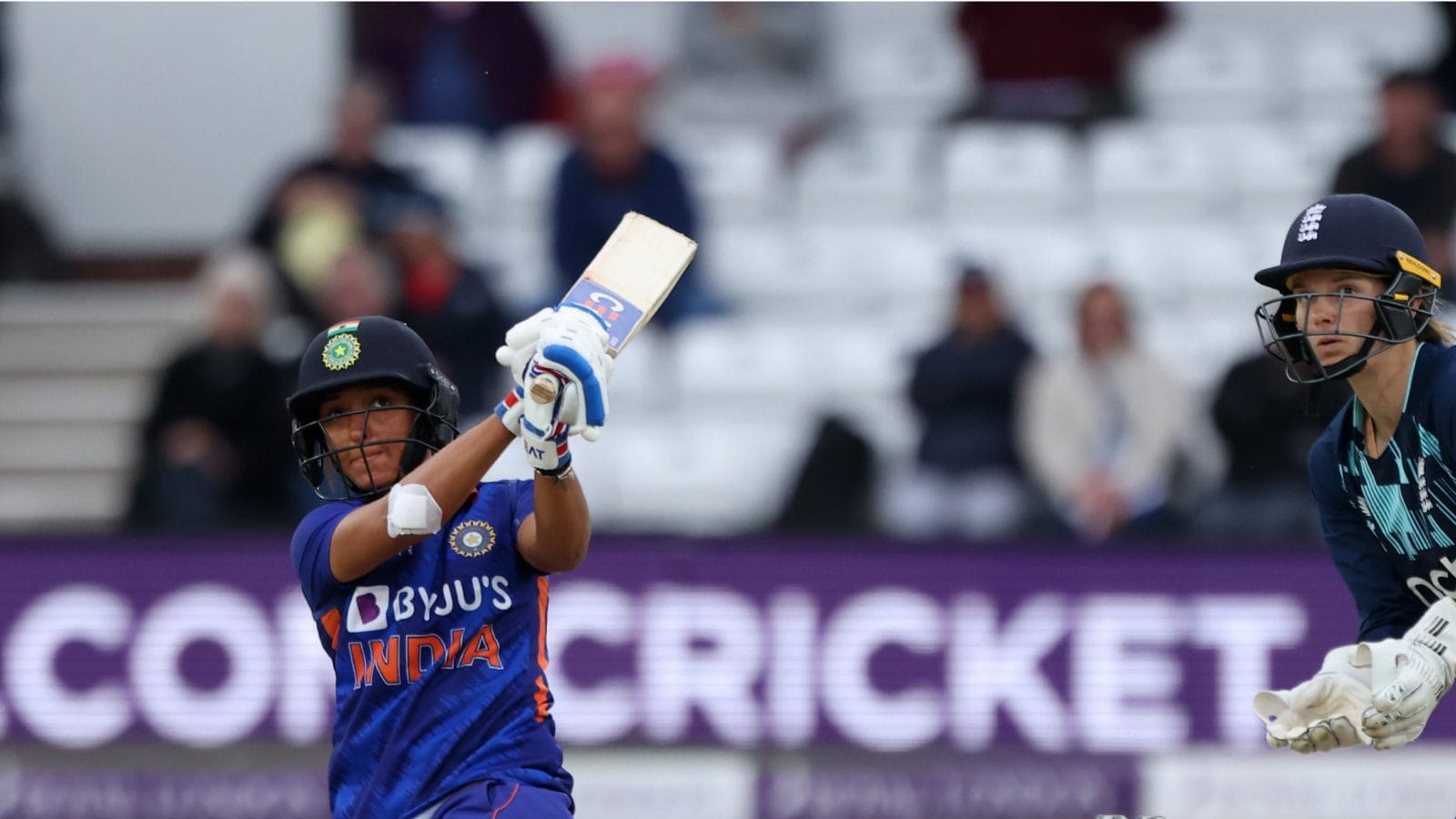 Skipper Harmanpreet Kaur rekindled the memories of 2017 World Cup with a magnificent 143 not out as Indian women amassed their highest-ever overseas total of 333 for 5 against England in the second ODI here on Wednesday.

In reply, England were 47 for 3 in 7.4 overs with seamer Renuka Singh already picking up two top-order batters in opener Emma Lamb and one down Sophia Dunkley.

She also added 50 with Pooja Vastrakar (18) and another 71 runs in four overs with Deepti Sharma (15 not out) for the unbroken sixth wicket stand.

However, it was in the last three overs in which Harmanpreet literally took the game away from England’s grasp as a total of 334 being chased in a WODI looks improbable even though the pitch being a batting belter.

In the last three overs, Indian team scored 62 runs, courtesy its skipper, who was in imperious touch while reaching her fifth hundred in WODIs.

The innings had Harmanpreet’s trademark slog sweeps over cow corner which fetched him a couple of sixes while there were disdainful sixes over cover region.

With the pitch offering little help for bowlers, hitting through the line was very easy and England’s bowling attack did suffer a bit with only off-spinner Charlie Dean (1/39) ending with respectable figures.

The worst sufferer was debutant left-arm seamer Freya Kemp, who did decently till the end of her seventh over in which she had conceded only 28 runs.

However, in the last three overs, Harmanpreet hit her for boundaries to every single corner as Kemp ended with nightmarish figures of 1/82 at the end of 10 overs. It was the worst performance by an England women’s team debutant.

Such was Harmanpreet’s dominance that Deepti Sharma, who still holds the individual record (188) by an Indian batter in WODIs, was more of a spectator during their sixth wicket stand.

Denial of responsibility! Pedfire is an automatic aggregator of the all world’s media. In each content, the hyperlink to the primary source is specified. All trademarks belong to their rightful owners, all materials to their authors. If you are the owner of the content and do not want us to publish your materials, please contact us by email – [email protected]. The content will be deleted within 24 hours.
england women cricket teamHarmanpreet KaurIndia women cricket teamIndia Women vs England Women
0
Share