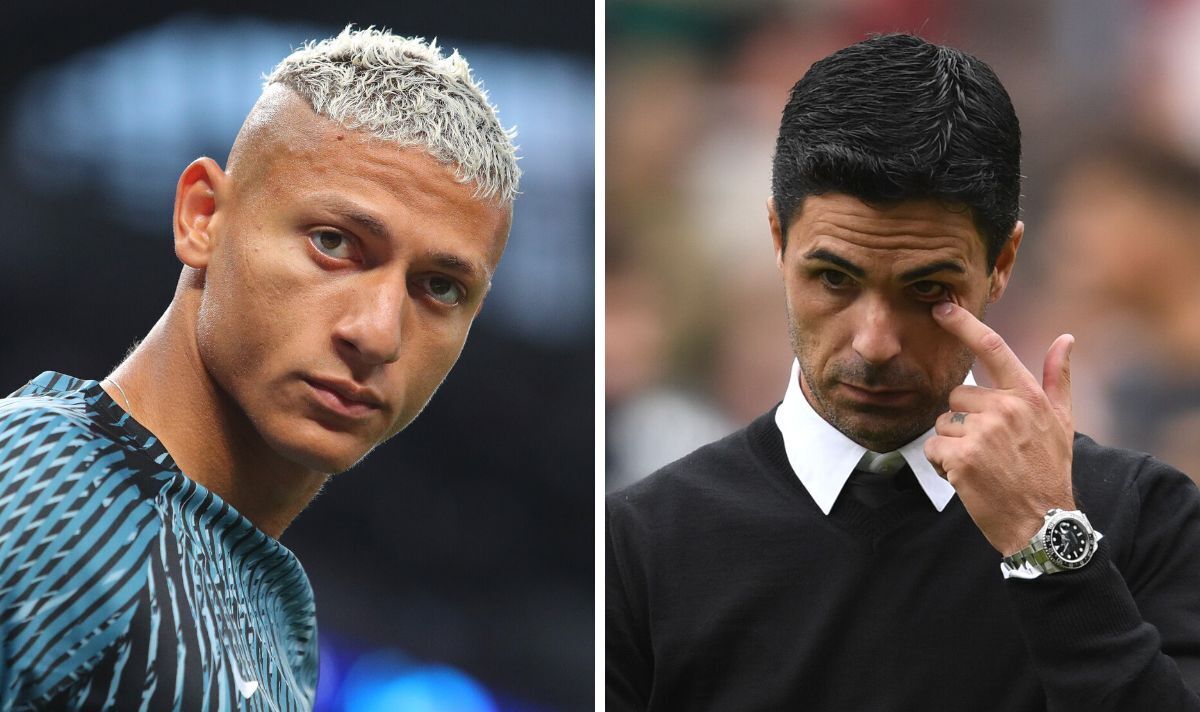 Richarlison has revealed a phone call from Antonio Conte proved imperative when deciding whether to join Tottenham, Arsenal or Chelsea this summer. The Brazilian forward has enjoyed a promising start to life in north London with Spurs after forcing his way into the Italian’s starting XI with a two-goal Champions League showing against Marseille.

Richarlison has had to bide his time to earn a starting berth but now the former Everton attacker is beginning to showcase exactly why Tottenham splashed £60million to secure his signature.

Things could have been so different for Richarlison though after Chelsea bid for his services and Arsenal also made contact via technical director Edu.

However, after holding talks with Conte, Richarlison felt his decision was very straightforward.

“I was on holiday in Brazil when I heard that Tottenham had made Everton an offer,” he said while away on international duty.

Richarlison added: “I know Chelsea made an offer, and I believe Arsenal also contacted Everton to ask about my situation, but Spurs came in and paid the fee, you know? It’s as simple as that.

“Everton had to sell some players to avoid a Financial Fair Play problem, and the negotiations were very brief, to be honest. I signed the contract during my holiday in the Pantanal [a region in Brazil].”

Upon signing on the dotted line, Richarlison wasted no time in boosting his popularity levels amongst Tottenham’s fan base.

He took to Instagram to post an image of him squaring up to Hector Bellerin during his time playing for Everton – rattling Arsenal supporters on social media.

The South American has never been one to shirk a physical battle since arriving in the Premier League, while he has also been involved in several notable on-field confrontations.

It’s the kind of spirit that makes him the perfect fit for Conte’s Tottenham as the Italian head coach will do whatever it takes to be victorious.

Richarlison will be looking to make his mark in his first north London derby on October 1 when Tottenham travel to Arsenal.

He will take huge inspiration from his impressive cameo from the bench at Chelsea, another club that looked at signing him, when he helped force Tottenham back into the game to earn a late point at Stamford Bridge.

How To Watch The BetVictor World Mixed Doubles