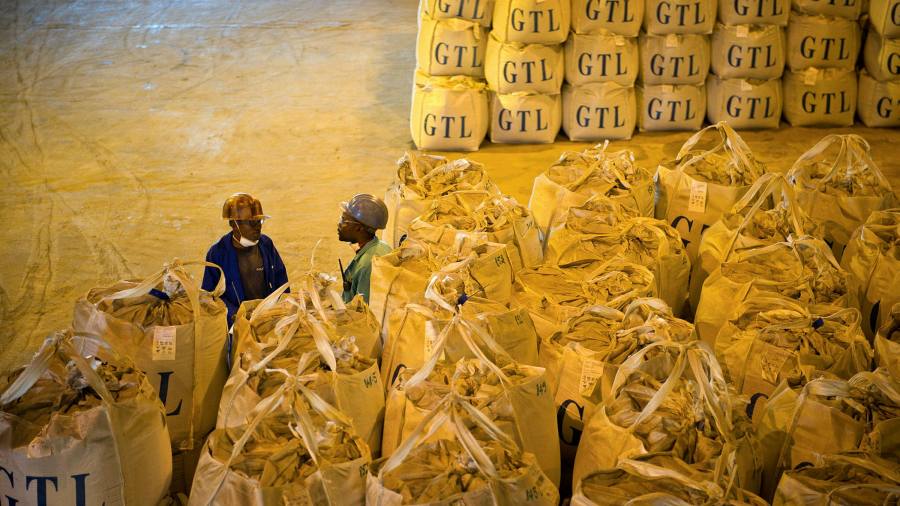 Trafigura has signed a deal with the Congolese government to help improve conditions at informal mining sites in return for supplies of the battery metal cobalt.

The Geneva-based commodity trader said it would finance the creation of up to six controlled zones where informal miners would work to dig copper and cobalt with better safety protections after its agreement with state-owned Entreprise Générale du Cobalt.

The deal comes as electric car makers such as Tesla have pledged to help improve working conditions in the DRC, the world’s largest producer of cobalt, which is used in lithium-ion batteries.

The country’s mineral-rich Katanga region is notorious for its informal mining sites, where cobalt is dug for by hand with few safety protections, sometimes by children.

Tesla this year joined the Fair Cobalt Alliance, an industry-backed group that aims to improve conditions at informal mining sites in the DRC.

James Nicholson, head of corporate responsibility at Trafigura, said there had been a “sea-change” in the attitude of carmakers and battery producers to the DRC, with many groups now willing to consider buying the metal from the country if labour problems could be resolved.

“For too long there has been criticism of the cobalt industry and this helps us address a fundamental weakness,” he said.

However, some carmakers are still reluctant to source from the DRC’s informal mining sector. Volkswagen said last week that it did not accept cobalt from artisanal mines in the country.

In February the DRC government said EGC would have the power to buy up all informal, or artisanal, cobalt in the DRC, as part of efforts to formalise the sector and improve prices for local miners.

Most hand-mined cobalt is currently sold to Chinese traders at markets in and around the city of Kolwezi.

“For our country to benefit from the intrinsic value of cobalt, currently boosted by the development of carbon-free energies, it was essential that measures be taken to support the formalisation of this industry,” Jean-Dominique Takis Kumbo, EGC’s managing director, said.

“In fact, by cleaning up this sector, which has been subject to recurring illegality and fraud for several years, and of which our artisanal miners are the first victims, society stands to benefit as a whole.”

Trafigura said it would finance the creation of the zones as well as the installation of ore purchasing stations. Metal from the sites would also be traced using QR codes to certify its origin for customers, Mr Nicholson said.

The company did not disclose how much money it would invest.

In 2018 Trafigura opened its first controlled site for informal mining, Mutoshi, with a local mining company, Chemaf. Last year it raised $450m for the facility.

However, the project has been closed since the pandemic forced its suspension in March.

How insufficient sleep can damage your immune stem cells