Treasury to raise P160 billion from T-bills, bonds in March 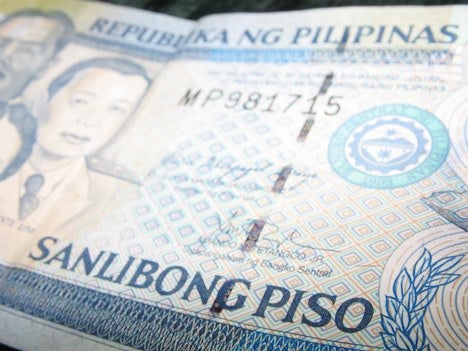 The Bureau of the Treasury will offer P160 billion in T-bills and bonds in March to take advantage of flushing domestic liquidity even as yields were expected to rise alongside US treasuries.

In a memorandum to all government securities eligible dealers (GSEDs) on Tuesday (Feb. 23), National Treasurer Rosalia de Leon said P20 billion each in short-dated treasury bills will be auctioned off on March 1, 8, 15, 22 and 29.

The weekly T-bills offering will still be composed of P5 billion each in the benchmark 91-day and 182-day, plus P10 billion in 364-day.

The Treasury also plans to raise P60 billion from the P30 billion each in T-bonds to be offered on March 9 and 23.

The first treasury bond auction in March will be for a seven-year debt paper; the other one will be a 10-year IOU.

The longer bond tenors augured well with interest rates inching up here and abroad, particularly in the US.

Robert Carnell, Asia-Pacific regional research head at Dutch financial giant ING, said in a report on Monday that rising US treasury yields were “not necessarily bad” as “large parts of the real economy will benefit.”

“Higher yields are also an indication of expectations of a stronger macroeconomy, where it makes sense to lend to profitable companies, and where it is possible to make a return from doing so,” Carnell said.

In the case of the Philippines, the Treasury had programmed gross borrowings amounting to P3.03 trillion in 2021, of which P2.58 trillion will be raised locally mainly through the sale of treasury bills and bonds.

The Treasury was also currently offering three-year retail treasury bonds (RTBs) to small investors at a coupon rate of 2.375 percent.

The government’s 25th overall and the Duterte administration’s eighth RTB issuance started last Feb. 9 and will end on March 4.