Trump Says He’s ‘The Most Persecuted Person’ in U.S. History 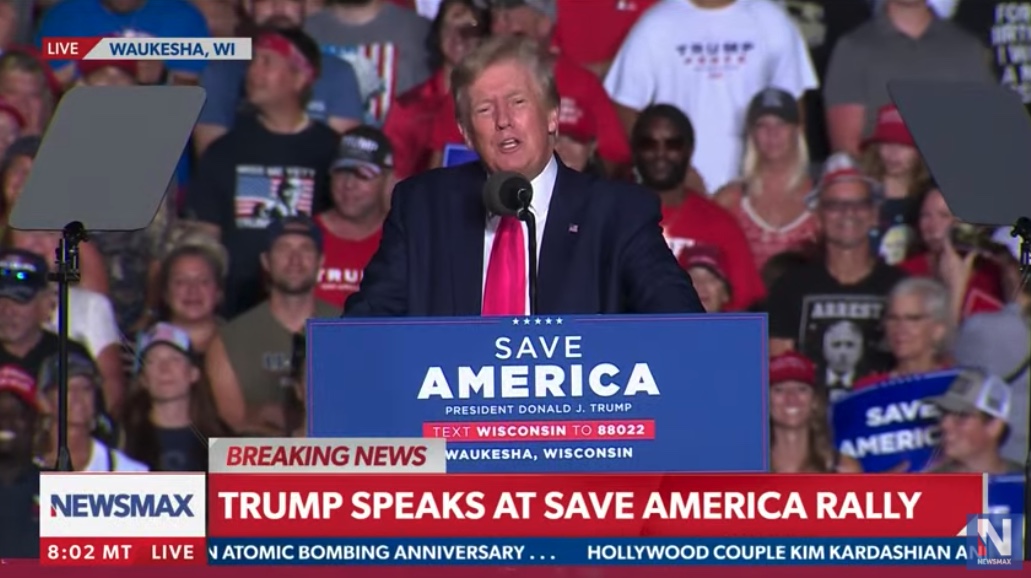 Former President Donald Trump held a rally in Waukesha, Wisconsin on Friday night, where he deemed himself “the most persecuted person” in United States history.

“We are standing up against some of the most menacing forces, entrenched interests, and vicious opponents our people have ever seen,” Trump told the crowd. “A friend of mine recently said that I was the most persecuted person in the history of our country. When I thought about it, I actually felt that he may very well be right.”

Trump pointed to the Mueller investigation into his 2016 campaign’s potential ties to the Russian government. The former president called it the “Russia Russia Russia scam” that the media knew was “fake news.”

“This could only happen to me,” he said. “Who has been through anything like this? Seriously?”

He then listed some of his accomplishments as president and bashed the Jan. 6 committee investigating his role in the Capitol riot, calling it “the unselect committee” as is his wont.

“So where does this stop?” he went on. “Our biggest threat remains the sick, sinister, and evil people from within our country, the same people that we’re talking about. Never forget everything this corrupt establishment is doing to me is all about preserving their power and control over the American people – you. They want to damage me in any form so I can no longer represent the hardworking citizens of our country.”

“If I renounce my beliefs, if I agreed to stay silent, if I stayed home or if I stayed in my basement like Joe Biden did, the persecution would stop immediately,” he said.

“That’s what they want me to do and it would all be very nice. I’d have a very nice life. But i can’t do that and I will not do that because I love our country and the people of our country. I love them so much. And I’m not doing this for me because I had a very good in luxurious life before entering the wonderful world of politics. I’m doing this for you and it’s my honor to do it.”

Watch above via Newsmax.

Denial of responsibility! Pedfire is an automatic aggregator of the all world’s media. In each content, the hyperlink to the primary source is specified. All trademarks belong to their rightful owners, all materials to their authors. If you are the owner of the content and do not want us to publish your materials, please contact us by email – [email protected]. The content will be deleted within 24 hours.
PoliticsTrumpTV
0
Share