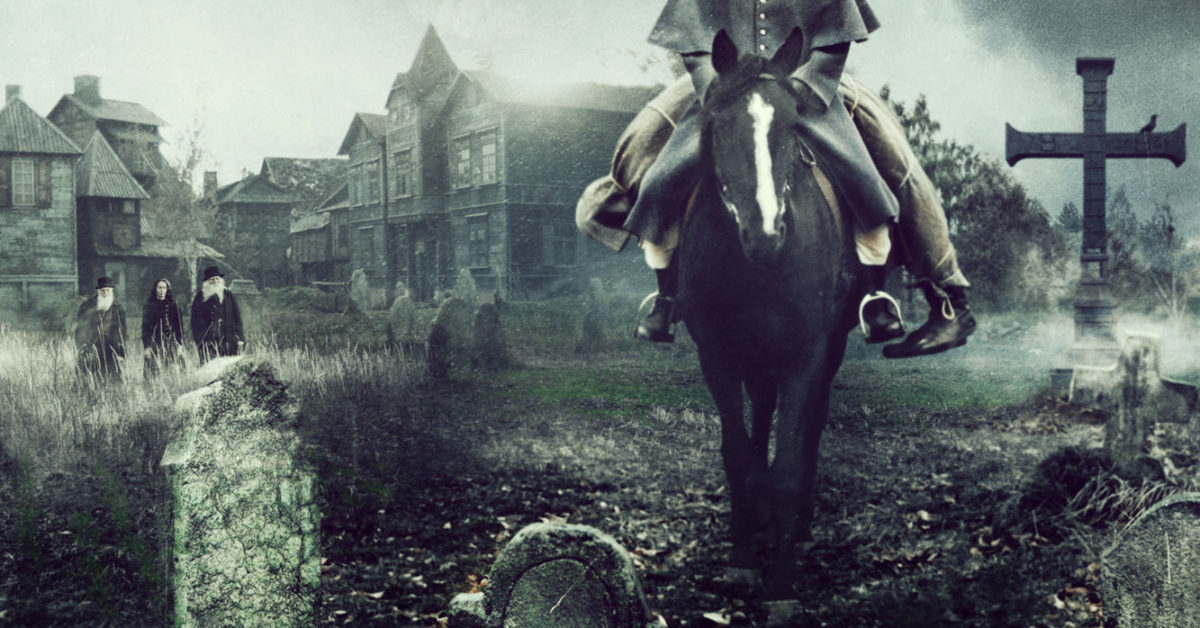 Raven’s Hollow is a new film debuting this week on Shudder, a horror story about a young Edgar Allan Poe. William Moseley plays the role of Edgar Allan Poe, starring along with Melanie Zanetti, Kate Dickie, David Hayman, Callum Woodhouse, and Oberon K.A. Adjepong. This is one of a handful of Shudder originals debuting over the next few weeks. The film is directed by Christopher Hattan, who wrote the script with Chuck Reeves. It also features a score from composer Robert Ellis-Geiger. Today, Bleeding Cool is debuting two tracks from the score to Raven’s Hollow, which you can hear down below, as well as the trailer for the film.

Here is what Robert had to say about working on the score to Raven’s Hollow: “The score had to evoke the sense of a strange netherworld that Raven’s Hollow exists in, combined with pagan traditions and outer world cosmic dark forces. Months before the shooting took place, I began sketching musical ideas based on the script, which led to the Raven’s reveal music cue being created, which I call “The Monster Theme.” When director Christopher Hatton first heard it, he said that he was immediately transported in his story to the revealing of the Raven. This musical sketch ended up being placed exactly in the movie, unaltered, where the Raven is revealed. I got lucky with this one!”

This one looks pretty good! You can check out Raven’s Hollow starting this Thursday, September 22nd, on Shudder. You can listen to the score by Robert Ellis-Geigerthe same day.