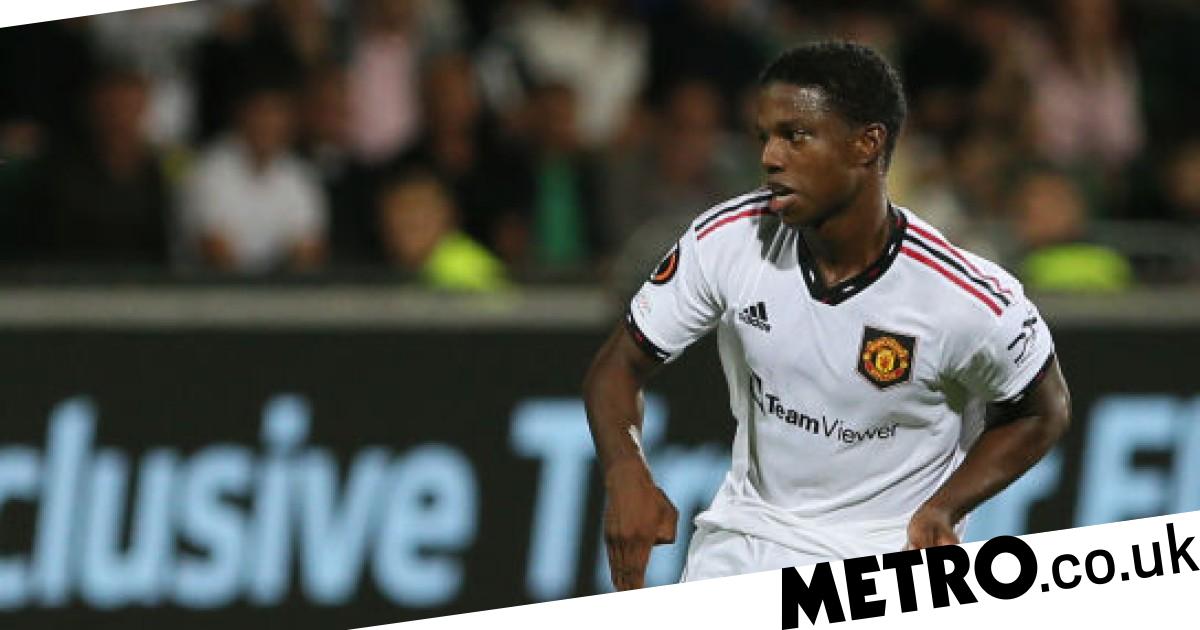 Manchester United left-back Tyrell Malacia has revealed how the team turned things around after a dismal start under Erik ten Hag.

Ten Hag took charge of United this summer and became the first boss to lose his first two games in charge of the club since John Chapman in November 1921.

But the Dutchman has since go on to lead United to victory in their last four Premier League games – including impressive wins over Liverpool and Arsenal.

That run has seen United climb to fifth in the Premier League table and they will move three points behind league leaders Arsenal if they win their game in hand.

Netherlands international Malacia, 23, moved to Old Trafford this summer in a £14.7m deal from Feyenoord and has explained what changed for the side following the historic defeat to Brentford.

‘Every game is difficult [in the Premier League], every week is difficult – there are no easy games,’ Malacia told Sky Sports.

‘[After the Brentford match] we spoke with each other a lot, as a team, we trained and the first thing we had to do was the basics – work hard.

‘That’s where it all started, you’ve seen it in the games. It wasn’t always good football but we worked hard and that’s why we kept winning games.

United are back in action on October 2 when they face Pep Guardiola’s champions Manchester City at the Etihad Stadium.

Quizzed about the upcoming Manchester derby, Malacia added: ‘I spoke with the guys and they told me they are really, really big games.

‘Not even the big games, the other games, it’s important to have your standards high every game.’

DWCS week 10:Bo Nickal seals the deal with a quick…