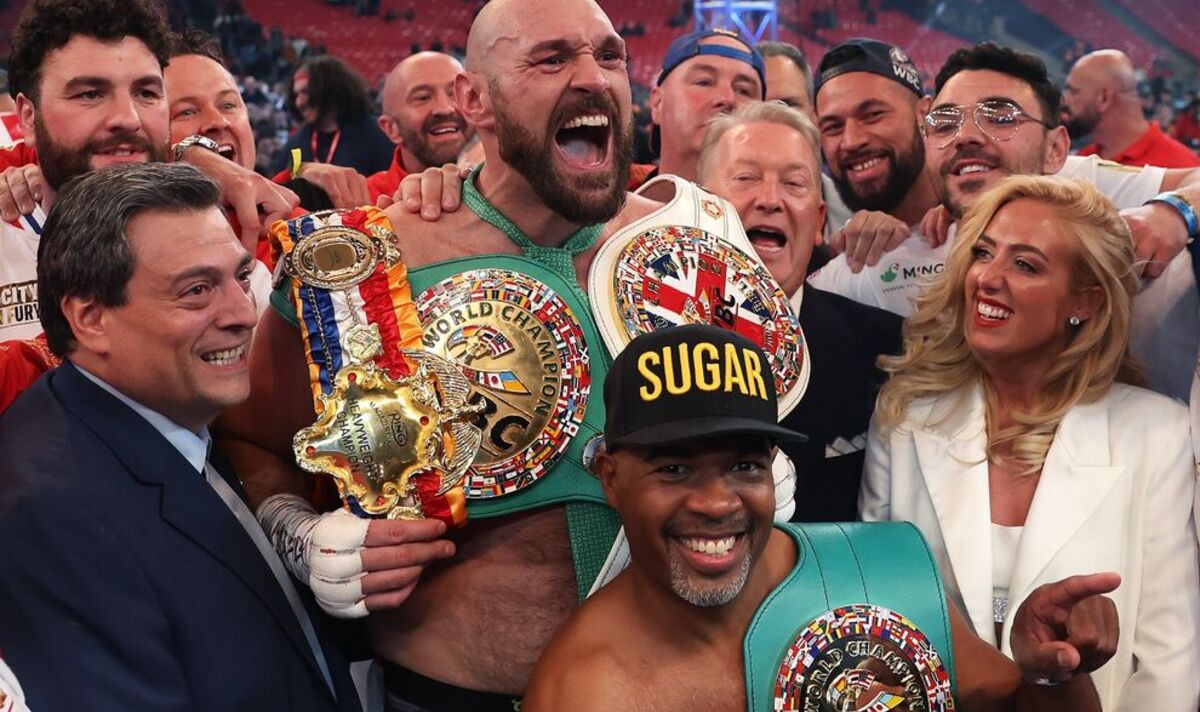 Tyson Fury has fired another shot at Oleksandr Usyk by warning he’ll “strangle the life” out of the Ukrainian when he next sees him. In the latest in a series of Twitter videos, ‘The Gypsy King’ has again taken aim at Usyk, while he seemingly waits to see if Anthony Joshua will agree his terms to fight him in Cardiff on December 3.

After his KO win over Dillian Whyte in April, Fury insisted he was retiring from the sport, a claim he doubled down on during a live appearance on Piers Morgan: Uncensored. However, after Usyk won his long-awaited rematch with ‘AJ’ in August, the Morecambe man immediately called out his fellow heavyweight world champion for a unification bout before the end of 2022.

Usyk however, said he would not be fighting again until next year, citing the need to let injuries heal and spend time in his homeland amid the Russian invasion. Fury then turned his attention to Joshua, claiming he’s offered his British rival a ’60-40′ split to face him in the Welsh capital.

While Joshua and his team mull over the contracts, Fury uploaded a video on Twitter where he abused both fighters, ranting: “Usyk, you little s*** house. You little s*** bag. Talking s***. I’m afraid? I’ll put my fist through the side of your ear you little sausage,” said Fury. “And another s*** house, that big bodybuilder Joshua, that’s a proper s*** house that is.”