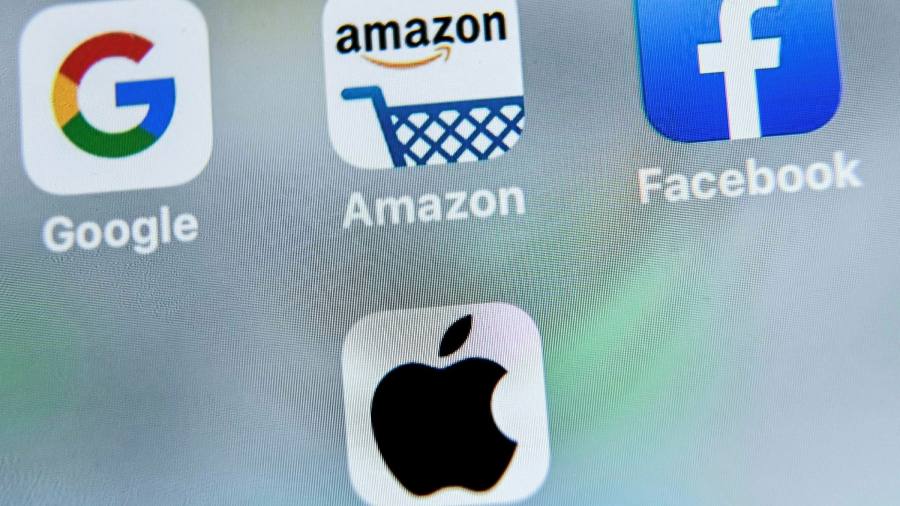 The UK is to create a new tech regulator to try to hold huge online platforms like Google, Facebook and Amazon in check against their smaller rivals.

The Department of Digital, Culture, Media and Sport said a “Digital Markets Unit” would be launched next April inside the UK’s existing competition watchdog, the Competition and Markets Authority.

Silicon Valley’s largest companies will have a “strategic market status” and have to comply with a code of conduct that will be introduced through legislation.

The code will aim to create a level playing field for smaller businesses, give people more control over their data, and define a relationship between online platforms and publishers, such as newspapers.

Oliver Dowden, UK culture secretary, said that while he was “unashamedly pro-tech”, there was growing evidence that the power of a handful of Big Tech companies was “curtailing growth [ . . . ] reducing innovation and having negative impacts on the people and businesses that rely on them”.

The dominance of just a few big tech companies is leading to less innovation, higher advertising prices and less choice

The creation of a new tech watchdog follows years of debate in the UK over how to tackle the growing power of Big Tech. Jason Furman, a former presidential adviser to Barack Obama, suggested setting up a new digital markets unit in March 2019 after a government review.

Last year, the Department of Business Energy and Industrial Strategy pledged to act on his proposal.

The government said the new body could be given the power to suspend, block and reverse decisions taken by tech giants, order them to comply with the code, and fine those who do not.

Alok Sharma, business secretary, said: “Digital platforms like Google and Facebook make a significant contribution to our economy and play a massive role in our day-to-day lives — whether it’s helping us stay in touch with our loved ones, share creative content or access the latest news.

“But the dominance of just a few big tech companies is leading to less innovation, higher advertising prices and less choice and control for consumers.”

The CMA has already thrown its weight behind the new rules, which it recommended in a market study into online platforms and digital advertising in July.

The regulator stopped short of taking direct action against Facebook and Google in spite of uncovering serious “wide ranging” and “self-reinforcing” issues connected to online search and digital advertising, arguing new laws were needed to tackle them.

On Friday Andrea Coscelli, chief executive of the CMA, said: “Only through a new pro-competition regulatory regime can we tackle the market power of tech giants like Facebook and Google and ensure that businesses and consumers are protected.”

The watchdog is set to advise government on new legislation before the end of the year through its Digital Markets Taskforce — a policy advisory group.

stock market outlook: Long-term investor says this market is not in the safe zone

Santosh Trophy knock-out stage set to be held in Saudi…

Lenovo’s Not Playing Around With Its New ThinkReality VRX…

Inside The Battle to Operate A Casino In New York City

Chelsea: Joe Cole and Rio Ferdinand give verdict on Nkunku…