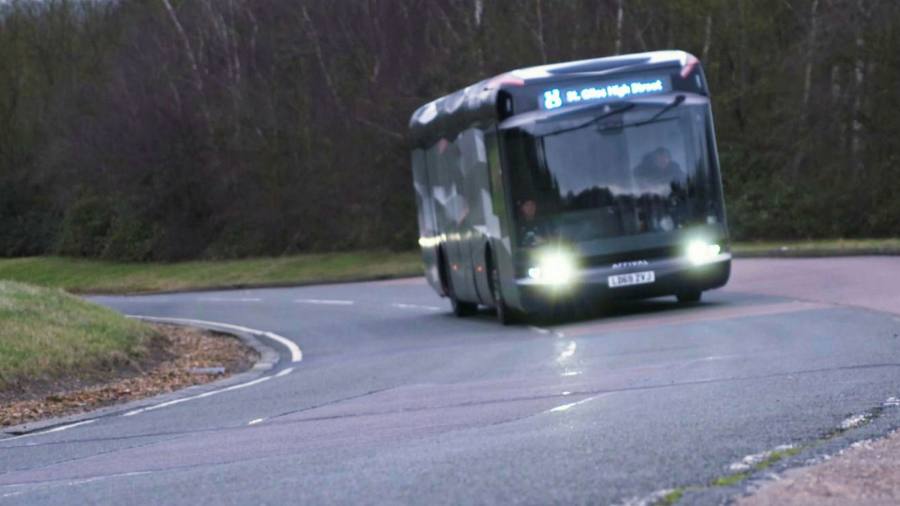 Arrival, the UK electric bus and van maker backed by Hyundai, will list in the US through a reverse takeover, valuing the company at $5.4bn.

The group said on Wednesday it will merge with Nasdaq-listed CIIG Merger Corp, a special purpose acquisition company, or Spac, a blank-cheque company that enables businesses to list without the usual scrutiny of a traditional initial public offering.

The company is the latest to enter the electric van market, pitting it against Ford, which this month unveiled its electric Transit van, and start-ups such as Rivian, which is making battery-powered delivery vans for Amazon.

Arrival’s valuation is a steep rise since January, when a €100m investment by South Korean groups Hyundai and Kia valued the company at €3bn.

The business, which will produce fully electric buses and vans from a series of “microfactories”, has $1.2bn in a firm order from UPS as well as several other late-stage discussions with potential customers, president Avinash Rugoobur told the Financial Times.

“The timing is right, the technology is mature, we have had prototypes on the road for two years, and we understand the challenges that are ahead of us,” he said.

As part of the merger, CIIG chief executive Peter Cuneo, who revitalised brands including Black & Decker and Marvel, will join Arrival’s board as its non-executive chairman.

“Arrival’s bold, game-changing approach to the production of electric vehicles made the company the clear winner in our search for a partner,” said Mr Cuneo.

Mr Rugoobur said Mr Cuneo would help the company to develop its brand as it aims to expand across the world.

Despite its order book, the business is not due to begin production of its first bus until the final quarter of 2021, with its electric van coming in 2022.

It also has plans to co-develop electric vehicles with Hyundai and Kia.

Arrival will raise $660m in proceeds through the listing, allowing it to increase factory openings in the US and Europe once its production has started.

UPS and BlackRock are already investors in the company.

“We will raise enough capital here to see us through to being cash flow positive by 2023,” said Mr Rugoobur.

The company plans to open a network of small factories making 10,000 vehicles each, allowing it to build plants faster and more cheaply than traditional sites that turn out hundreds of thousands of vehicles a year.

“If you look at the microfactory concept, upfront it requires significantly less capital, but if we were taking a traditional carmaker approach we would need billions,” he said.

It already has two sites planned, in South Carolina and in Bicester, Oxfordshire, and expects to open three or four a year once production starts.

The merger is expected to complete in the first quarter of 2021.

Universities of Takshashila, Nalanda can provide inspiration to deal with today’s challenges: President

Rahul Dravid reveals his talks with Jasprit Bumrah on…

The story of a Leonard Cohen song in…