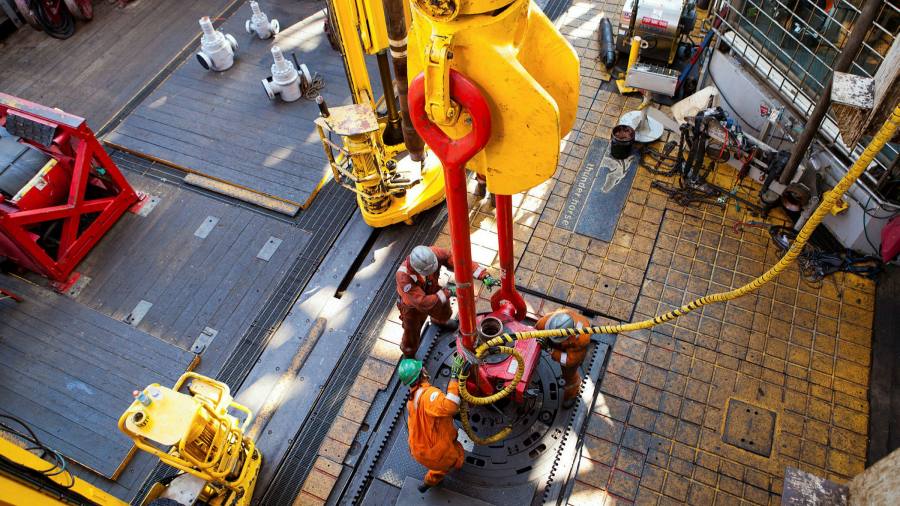 The value of oil company shares owned by UK public pension funds has fallen by £2bn in less than four years as pressure mounts on retirement schemes to withdraw their support from environmentally damaging fossil fuel producers.

Pension funds across the world have made moves to adjust their portfolios for investment risks arising from climate change, but divestment from oil companies remains rare, in spite of evidence that unchecked fossil fuel consumption is leading to a global environmental catastrophe.

The value of shares in nine leading oil companies, including BP and Royal Dutch Shell, held by 56 local government pension funds has collapsed by half from £3.6bn at the start of April 2017 to £1.8bn, according to estimates compiled by environmental campaign group Platform London. The fall in value strengthened the argument for fossil fuel divestment, the group said.

“If council pension funds are sincere about tackling the climate emergency, and safeguarding their members interests, the first step they must take is to . . . divest from stranded oil and gas stocks,” said Robert Noyes from Platform London.

Greater Manchester’s £17.2bn pension fund sustained the largest estimated loss at £375m, equivalent to more than £1,000 per member. Estimated losses for West Yorkshire and Nottinghamshire were £211m and £81m respectively.

Platform London submitted freedom of information requests to obtain the data from all UK local government pension funds. It excluded those that have said they will divest or reduce their oil investments.

Dividends from fossil fuel companies have historically provided a vital income stream for pension funds, but payouts have been cut this year as producers have struggled with reduced demand.

At the same time, there are growing concerns about the long-term risks of investing in fossil fuel companies, as governments around the world look to do more to make energy systems sustainable.

Three in four UK pension schemes say they lack sufficient data about climate change risks, according to a new survey that suggests gaps in understanding the impact of global warming could lead to losses for the retirement savings of millions of workers.

“Pension schemes understand that climate change poses risks and want to turn that concern into action, but they are limited in what they can do because it is difficult to obtain the data,” said Pat Sharman, UK managing director of Caceis, the Crédit Agricole business unit that carried out the survey.

Seventy per cent of a group of 93 UK pension schemes also said they were not given enough information on climate risks data by their external asset managers.

Larger pension schemes with assets of more than £5bn will be expected to disclose climate-related risks by the end of 2022.

“This will set the tone for climate change reporting across the entire pension sector. Trustees will need the necessary tools and knowledge to meet the new requirements,” said Joe Dabrowski from the Pensions and Lifetime Savings Association, which represents UK workplace retirement schemes.

Northern LGPS and LGPS Central, the investment managers for the Greater Manchester, West Yorkshire and Nottingham pension schemes, did not respond to requests for comment.

Giants get back on track with series-opening win vs. Tigers…