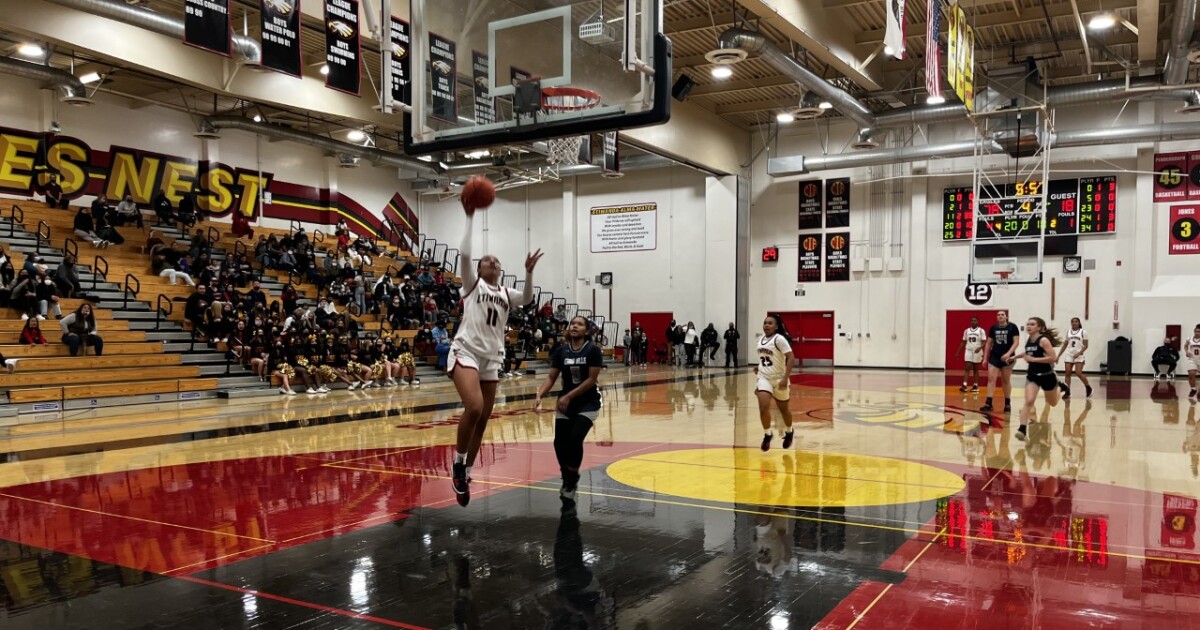 Kennedy Smith’s smile grew wider with each trip back down the court.

Shots coming off the Etiwanda sophomore’s fingertips Friday night against Chino Hills looked programmed to find the net, as if she didn’t have any autonomy in the matter. And after her fifth three-pointer of the first half — a particularly audacious catch-and-shoot after a missed layup — she trotted back with a sheepish grin as if to say, “I can’t help it.”

Smith finished with 44 points, leading unbeaten Etiwanda to a 91-26 romp over Chino Hills to improve the Eagles to 20-0.

Freshman point guard Aliyahna Morris was a major factor in Etiwanda pulling away early. She scored 12 points in the first half, showcasing a repertoire of floaters and midrange stop-and-pop jumpers.

Morris is a player worth watching as the Eagles march into the playoffs. She’s a quick ballhandler with a high IQ and the ability to fire pinpoint passes on the move with either hand.

Etiwanda will match up against Bonita Vista (10-6) on Sunday.

El Camino Real 1, Cleveland 0: Daniel Zepeda scored the goal to help the Royals improve to 6-0 in the West Valley League.

Mira Costa 2, Palos Verdes 1: The No. 1-ranked Mustangs clinched a league championship behind Mateo Cervantes, who scored both goals.

Joyzis BR300 review: A portable power station for all your devices