Unvaccinated One Nation Leader Pauline Hanson Gets COVID Before Election 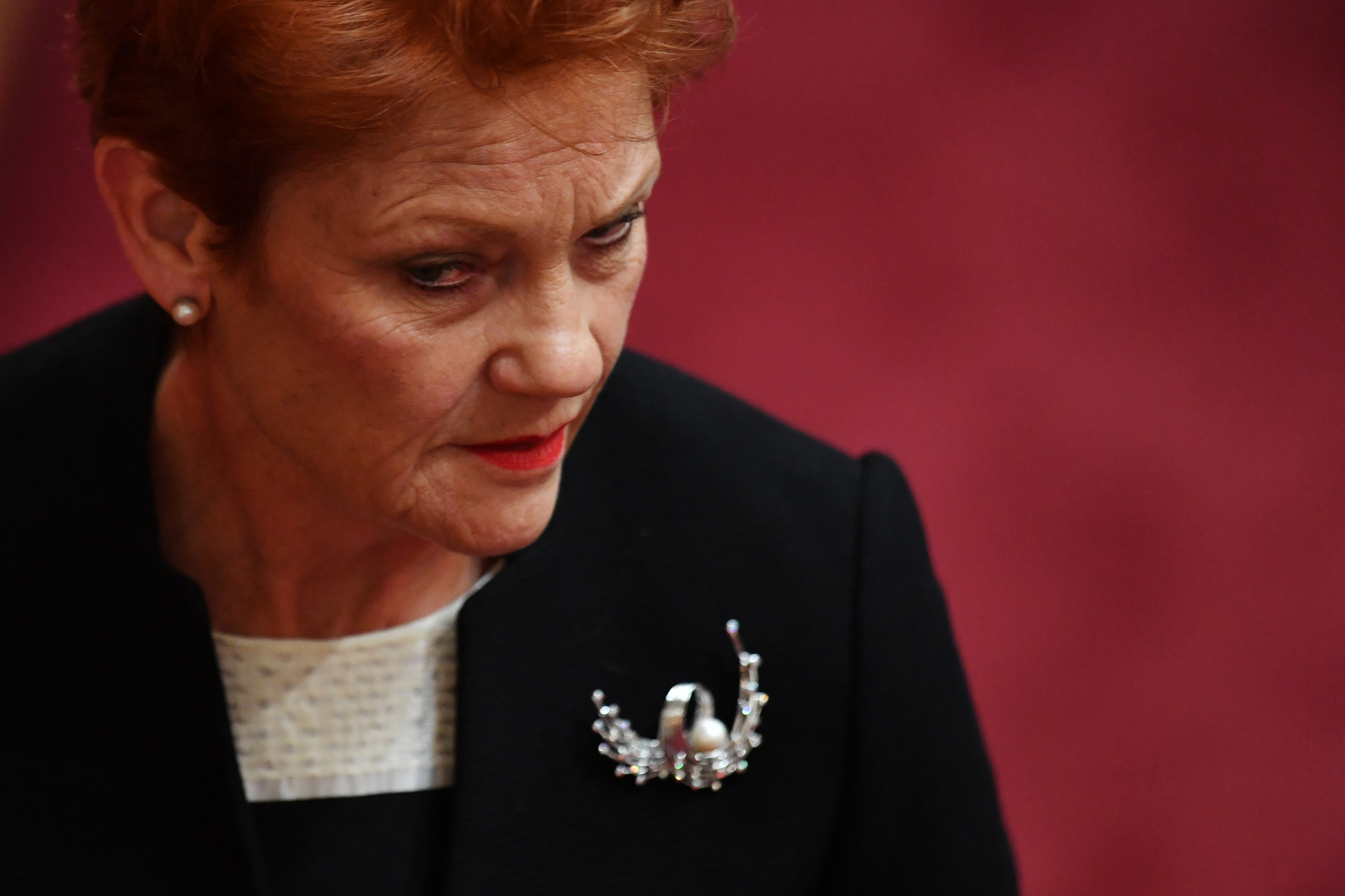 An Australian politician who has previously spoken out against COVID vaccination has tested positive for the disease.

Pauline Hanson, the founder and leader of One Nation—a right-wing, populist political party—and a member of the Australian Senate, announced that she had contracted the virus on the Kyle and Jackie O radio show, according to ABC News.

The politician also announced that she had tested positive on Twitter. The news comes before the Australian federal elections on Saturday in which she is standing for re-election in the northeastern state of Queensland.

“I can confirm I am at home self-isolating after testing positive for COVID,” Hanson said on Twitter.

“I thank all of those people who have sent their well wishes, and I look forward to disappointing all of those who hope that I drop dead,” she said.

Hanson said she had first noticed symptoms last Friday and tested positive the day after.

“I will self-isolate in accordance with the current rules, and do my best to drive One Nation policies from home ahead of this weekend,” Hanson said in a statement.

In the radio interview, Hanson, 67, said that she wasn’t feeling too bad, describing her experience of the disease as being similar to a “heavy cold.”

“Guess what? I haven’t been in hospital, I’m still kicking, I’m alive, I’m fine,” she said in the interview.

Hanson has previously spoken out against COVID vaccination and said she wouldn’t get the shot herself.

In December, Hanson told Queensland business leaders: “I haven’t had the jab, I don’t intend to have the jab, I’m not putting that s**t in my body.”

“I’ve taken that stance and that is my choice,” Hanson said. “I am not an anti-vaxxer, but I am very careful of what I put into my body.”

The senator said in the radio interview that she believed she had been exposed to the virus during campaigning efforts in the state of Western Australia.

“I travel the five states around the whole of Australia campaigning but I go to the most locked-down state, last week, to Western Australia, and I got it,” she said.

Over the course of the pandemic, Australia has implemented some of the strictest public health measures in the world to combat the pandemic. The country closed its international borders for more than two years, and some jurisdictions were placed in lockdown for long periods.

Australia, which has a population of around 25 million, has recorded more than 6.8 million COVID cases over the course of the pandemic, and over 8,000 deaths. Around 84 percent of the population have been fully vaccinated.

Last year, Hanson attempted to introduce a bill that would overturn state vaccination mandates, but the measure was defeated.

The truckers who keep our world moving