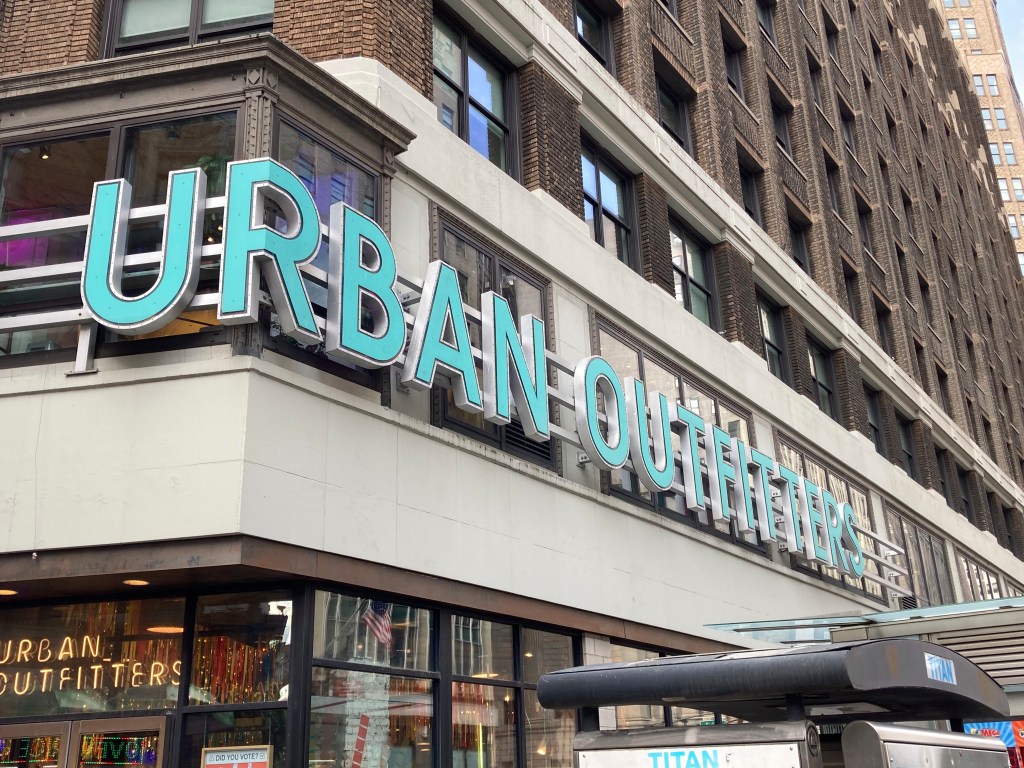 There’s still a big split in Urban Outfitters Inc.’s business, with the more affluent Anthropologie and Free People customers continuing to spend in the third quarter while the younger crowd at Urban Outfitters pulled back.

But Richard Hayne, chief executive officer, who acknowledged some pricing missteps at the Urban Outfitters unit, said the overall outlook is still good — if the economy doesn’t fall off a cliff.

“Looking forward to Q1 next year, the health of the economy remains highly uncertain, but assuming we avoid a major recession, we believe there are several reasons for us to be optimistic,” Hayne told analysts Monday on a conference call going over quarterly results.

The CEO said supply chain costs have dropped sharply over the past six months, that the company is moving quicker and that it is focusing more on “alpha product,” while reducing the number of items it carries and eliminating many smaller inventory buys.

Hayne also said the company remains “committed to entering the spring selling season with leaner inventories which would give us the opportunity to deliver low markdown rates, especially at the Urban Outfitters brand.”

In the meantime, it sounds like the company’s namesake business is just going to have to push through.

“Urban Outfitters customers are younger with less discretionary income and accumulated assets and the current elevated inflation around necessities like rent, food and energy has had a greater impact on them,” Hayne said. “These customers are transacting less often and when they do shop, they are looking for a deal.”

Hayne suggested they had to look too hard for that deal while shopping at Urban Outfitters.

“We have made a couple of mistakes. I think that we probably raised our prices a little more than we should have, I think the customer is telling us pretty loud and clear that she doesn’t like that,” he said.

That put EPS 1 cent behind the 41 cents analysts had penciled in.

The gross profit rate fell by 416 basis points to 30.4 percent of sales, which the company attributed to higher markdowns across the business, but particularly at Urban Outfitters.

The company’s comparable retail sales rose 4 percent with a midsingle-digit increase online and a low-single-digit gain in stores. The Anthropologie Group business comped up 13 percent while Free People Group comped up 8 percent and Urban Outfitters comped down 9 percent.

At the end of the quarter, the company’s inventories were up 18.6 percent from a year earlier, driven by higher costs, earlier receipt of goods and slower selling product in certain categories. Within that, wholesale inventories were up 39 percent due to softness in department store sales.

What Is the ‘Talking Stage’ in Relationships?