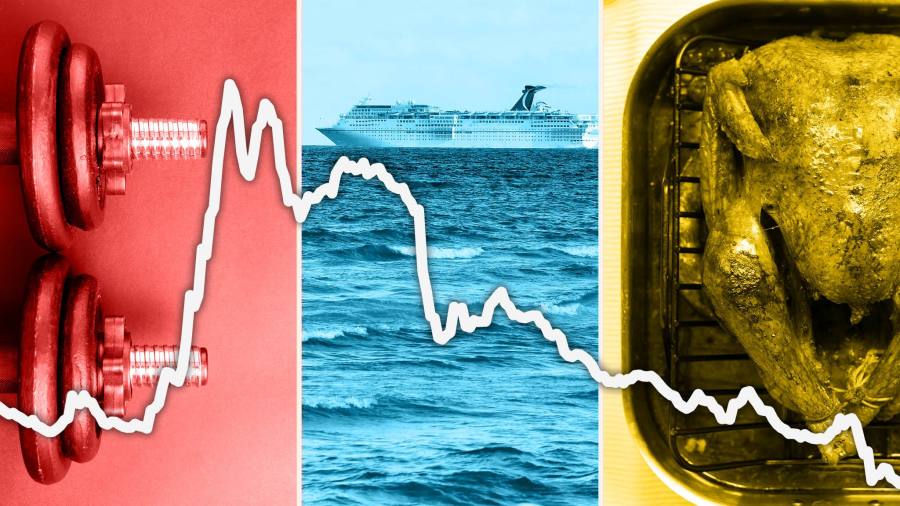 Lowly rated companies have seized on recent Covid-19 vaccine breakthroughs to borrow in an ebullient market, as investors look towards the prospect of an effective jab boosting the financial outlook of riskier borrowers.

Companies at the bottom of the ratings ladder and those whose earnings have been decimated by the pandemic have tapped into the buoyant mood to push debt deals over the line while offering juicy returns to investors with increased appetites for risk.

The success of such deals reflects the hopes resting on a vaccine-induced economic rebound next year. Historic central bank actions and low interest rates offered by high-grade borrowers have also encouraged investors to hunt for returns in riskier corners of the market.

Boparan, the UK’s largest chicken producer which is run by so-called “chicken king” Ranjit Singh Boparan, issued high-yield bonds this week. Before the financing, the supplier of chicken to retailers including Aldi and Tesco had a triple C credit rating, in the lowest reaches of junk. It has been weighed down by high levels of borrowing, embarking on a turnround plan that involved the sale of assets including Fox’s Biscuits for £246m last month.

Just hours after Boparan’s £475m bond issue was launched on Monday, US biotech firm Moderna delighted markets by announcing that its coronavirus vaccine was nearly 95 per cent effective.

It followed last week’s announcement by Pfizer and BioNTech of a vaccine with high efficacy, progress that boosted demand for junk bonds issued by UK exercise chain PureGym, whose sites were forced to shut again because of England’s second nationwide lockdown. Its banks had been holding the debt since January and the vaccine news gave PureGym’s bankers just the boost they needed to dodge steep losses.

“The bond market is definitely quite hot now and has taken the vaccine headlines from Pfizer and Moderna very positively at least in thinking about credit risk,” said James Durance, European high yield portfolio manager at Fidelity International, adding that it had become easier for low-rated issuers to come to market.

For Boparan, the double vaccine breakthroughs were similarly helpful. Over the summer the company had sought to refinance its bonds that mature in 2021, but plans were put on ice after investors sought excessively high borrowing costs, according to two people familiar with the matter.

Dominic Ashcroft, co-head of Emea leveraged finance at Goldman Sachs, said that prior to the vaccine announcements, deals for companies including Boparan “would have been more challenging to get done or wouldn’t get to the pricing levels that we’ve seen . . . This week they got a better level than they would have got two weeks ago.”

Boparan’s £475m worth of five-year debt, £50m of which was bought by Mr Boparan and his wife, gave investors an interest rate of roughly 7.6 per cent, according to a pricing document seen by the Financial Times.

Boparan declined to comment on this week’s deal or its potential refinancing over the summer.

US companies at the bottom of the ratings scale have also benefited from the post-vaccine euphoria. The yield in a US index of triple-C rated bonds fell 0.72 percentage points on the day Pfizer made its announcement, to 10 per cent, the biggest one-day fall since May, as investors rushed into the debt.

Cruise line operator Carnival, a company whose earnings have been battered by the pandemic, has regularly tapped the bond market this year. This week it returned with its first unsecured deal, a riskier offering as the bonds are not backed by its ships or other collateral.

“The vaccine news has been a game changer in the US,” said Ben Burton, head of US leveraged finance syndicate at Barclays, adding that there had been a “dramatic” increase in risk appetite.

In the loan market, Inspire Brands, which owns restaurant chains Buffalo Wild Wings and Arby’s, raised $2.6bn this week to buy coffee chain Dunkin Brands. Bankers pulled the completion date for the deal forward by two days and lowered the company’s borrowing cost to 3.25 percentage points over the benchmark rate, known as Libor, in a sign of demand for the deal.

Falling borrowing costs and strong investor demand to either purchase bonds or make loans has made debt markets an appealing alternative to raising money by selling stock, said Sarang Gadkari, co-head of global capital markets at Bank of America.

The vaccine news has also sparked a flurry of deals from riskier emerging market borrowers as investors bet that the sector will be among the biggest winners from a faster economic rebound.

This week, Uzbekistan raised the equivalent of $750m across dollars and Uzbek som from only its second bond issue, following a market debut last year.

“Before the second wave of Covid, markets were open for EM borrowers, but not en masse,” said Sergey Goncharov, a fund manager at Vontobel Asset Management.

The vaccine developments have made investors “way more comfortable buying into these riskier names,” he added. “Portfolio managers have accumulated so much cash, and they are looking for places to put it to work.”

Conducive business address in the north

Congress says PM should talk to farmers; Rahul Gandhi hits out at…