Vaccines not politics are driving the soaring markets 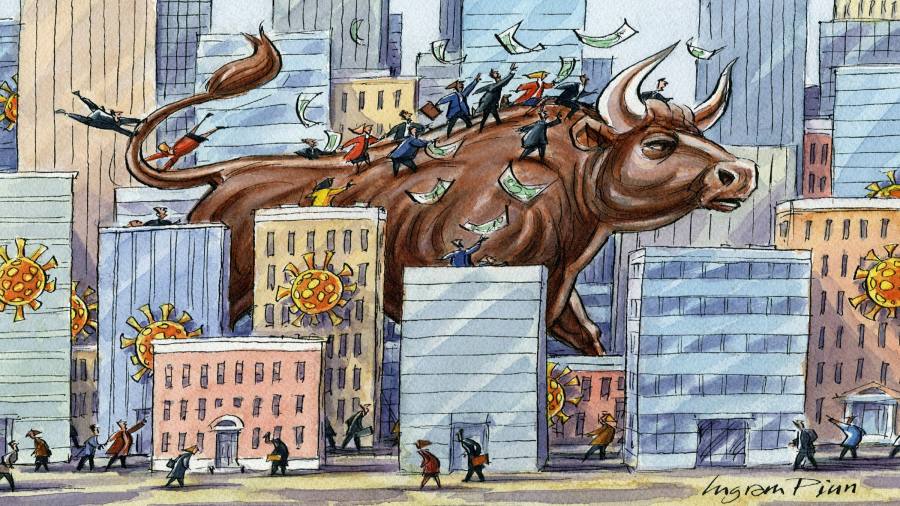 The writer is editor-in-chief of MoneyWeek

Earlier this week, the Dow Jones Industrial index hit 30,000. You can say the Dow is an outdated index. You can say that this isn’t a record high in real terms. But record round numbers still mean something to market watchers — and the much broader S&P 500 has risen around 8 per cent since US election day.

Cue a flurry of comments to the effect that the milestone reflects the fact that the stock market prefers, as one Twitter user put it, “sensible” Joe Biden to “lunatic” Donald Trump. (Never mind Mr Trump’s pre-election claim that a Biden victory would lead to a stock market crash and a “crippling depression the likes of which you have never seen”.)

But does the latest bull run really tell us that? It’s a tough case to make. After all, between Mr Trump’s 2016 election and the middle of February, when Covid-19 began to bite, the Dow and S&P both rose more than 60 per cent.

Valuations have also risen to historically extreme levels: Mr Trump is handing Mr Biden a US market where the S&P 500 has an average price to reported earnings ratio above 30 times against a historical average of more like 15 times. If investors have been nervous of investing in the US under Mr Trump, they have had a funny way of showing it.

It is tempting to see events through the lens of political preferences, but is the stock market as interested in politics as we are? Perhaps 30,000 has no moral element to it at all. Mr Biden’s win coincided nicely with the release of excellent news about three coronavirus vaccines. Stock markets are very good at looking through noise.

Surely the market strength reflects the fact that barring rollout disasters, we should have our normal lives back within months — that means travel companies can make schedules and cinemas can advertise blockbusters.

Now add in the widely held assumption that the expected new Treasury secretary Janet Yellen will deliver the additional stimulus she has called for, and the newish Federal Reserve rhetoric that holds interest rates need to stay low to give inflation time to catch up so that it can rise above the historic 2 per cent target.

Suddenly it makes perfect sense to think that pent up demand and possible productivity gains created by the crisis could help set off what Goldman Sachs calls the Roaring 20s Redux.

With that in mind, take a look at the other market that is also heavily influenced by politics — the UK. British stocks are ridiculously cheap. The FTSE All-Share hit the same record relative low this year against the S&P 500 as it did in 1974. Back then the UK had both capital and long-term dividend controls in place.

Global stocks as a whole are trading on a multiple of twice their sales for the next 12 months, says Schroders. This is 45 per cent higher than the average for the past 15 years. But, in the UK, large companies are trading on about one times sales and small-caps on only 0.5 times forecast sales — both are below the 15-year average.

Analysts will tell you that this is because of the uncertainty around Brexit (I’ve done it myself). This doesn’t chime with the idea that stock markets can look through short-term trouble. It is tempting to assume that the market reflects the political prejudices of its watchers.

But the real reason for UK cheapness might actually be the nature of the stocks that are listed here. The US is easily categorised as a growth market — the main value of its listed companies is in future earnings. 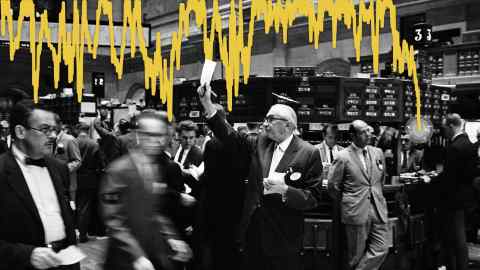 In the UK, the exciting growth potential is found in private companies. The listed UK sector is a classic value market: investors expect relatively little from the future earnings of its old energy companies, miners and financials. And value investing has been enduring its worst run in two centuries. The relative valuation gap between growth and value is near record levels.

Near, rather than at, because over the past few weeks a reversal has begun — a shift from Covid-19 winners to Covid-19 losers and from growth to value. Energy and commodities have been strong, for example.

In the US, November 9 saw value stocks outperform growth by the largest one-day difference on record. And so far this month, the FTSE 100, which I think is the ultimate value index, has returned nearly 14 per cent, compared with 10 per cent for the FTSE All-World index.

A global rotation into value is really another strand of vaccine-related trade because it reflects the performance of companies strongly linked to economic fundamentals. If the reopening of the world economy continues, that trend will too. Brexit will be resolved around the same time. If there is a deal of any sort, analysts are sure to announce that the market prefers a sensible deal over a lunatic no-deal exit.

But do not forget that something else is affecting the UK market — and it is at least as strong as Brexit relief: a vaccine-triggered rotation that was going to happen anyway.

End of TMC has begun, Suvendu Adhikari most welcome to join us: BJP

Queen Letizia of Spain wows in white and blue…