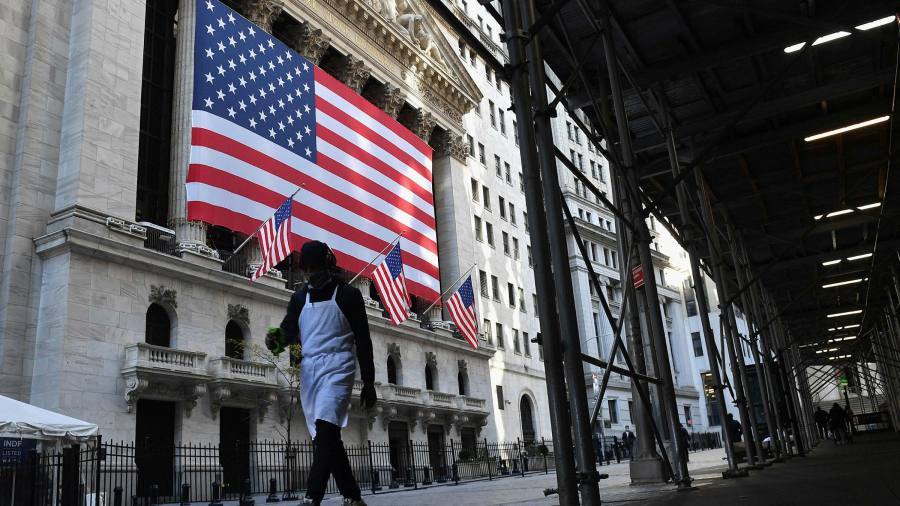 Vanguard and BlackRock together grabbed close to two-thirds of net inflows into the exchange traded fund industry during October as the world’s two largest asset managers tightened their grip on ETF inflows ahead of the presidential election.

Investors allocated $52.2bn to ETFs in October, down from $59.7bn in September, according to ETFGI, a London-based consultancy. The decline was due mainly to softer inflows into US equity ETFs, reflecting investor uncertainty over the outcome of the election.

The US stock market has rallied strongly from its low point of the year in March, reaching an all-time high this month and entirely recovering all of the losses triggered by the coronavirus pandemic in the first quarter of 2020.

“The combination of support from the Federal Reserve, gains for US equities and signs of improvement in US corporate earnings helped some of the largest ETFs tracking the US stock market to pull in significant investors inflows,” said Deborah Fuhr, founder of ETFGI.

Vanguard’s Total Stock Market ETF (VTI) was the best-selling fund in October with net inflows of $3.7bn last month, down slightly from $3.8bn in September while the Vanguard S&P 500 ETF (VOO) attracted $1.3bn, down from $1.6bn the previous month.

BlackRock saw net inflows into its iShares S&P 500 ETF (IVV) drop to $1.3bn in October, a third of September’s tally.

BlackRock also saw its iShares Russell 2000 ETF (IWM) pull in $1.4bn last month, evidence of rotation by investors towards smaller companies which have lagged behind blue-chip stocks during the broader US stock market recovery this year.

BlackRock’s best seller during October was the iShares ESG Aware MSCI USA ETF (ESGU), which gathered just over $2bn in a clear demonstration of investors’ growing appetite for funds with explicit environmental, social and governance standards.

BlackRock, the world’s largest asset manager, has seen inflows of $118.9bn so far this year into its iShares ETF unit, slightly below the $124.2bn recorded in the first nine months of 2019.

In contrast, Pennsylvania-based Vanguard racked up $154.8bn of net new money in the first ten months of 2020, up 73 per cent on the same period last year and well ahead of the $119.3bn it gathered during the whole of 2019.

The new business generated by Vanguard and BlackRock has helped to push net inflows for the ETF industry globally to $540.4bn in the first 10 months of 2020, up 36 per cent on the same period last year, according to ETFGI’s data.

Ms Fuhr said many US active managers had again failed to outperform their benchmarks during 2020, a circumstance that was encouraging more investors to shift to low-cost ETFs, which can be used as efficient portfolio building blocks.

“Active managers claimed that they would return to favour when market conditions become more challenging. Coronavirus has led to increased market volatility but there has been no clear evidence of an improvement in performance among active managers,” said Ms Fuhr.