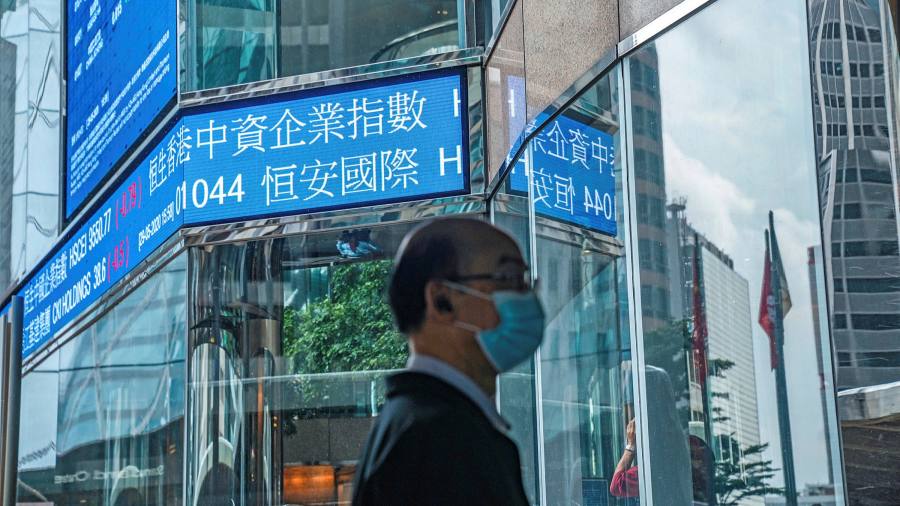 The abrupt decision by Vanguard to cut ties with many large institutional investors in Asia has left at least one feeder fund business partner in the region apprehensive about its future commercial relationship with the US fund giant.

An executive from an Asia-Pacific asset manager that runs funds that feed into Vanguard’s investment strategies contacted Ignites Asia this month to express frustration about not being able to obtain greater clarity from the US asset manager about its recent moves in the region.

In August, Vanguard shut its office in Hong Kong and ended its exchange traded fund business in the market, while also retreating from the Japanese market.

The fund provider also pulled out of major mandates from three influential Chinese state-owned institutions, and stopped managing lower-fee institutional mandates in Australia and New Zealand to focus on its higher-margin services for retail investors in the two countries. It also recently cut ties with a large Taiwanese asset owner.

The executive, who asked to remain anonymous, said his company had tried on multiple occasions over the past few months to obtain more clarity from Vanguard on its future intentions.

However, there had been no effective communication, making it hard to retain confidence in working with this longtime US partner, the executive said.

The Asia-Pacific asset manager is one of 20 companies that collectively run about 350 feeder funds that invest in Vanguard funds, domiciled in Australia, New Zealand, the Philippines, Thailand and Singapore. The manager has $9.14bn in assets under management at the end of October, data from Refinitiv show.

While the feeder fund executive said it was understandable that Vanguard could have had problems with communications, given the recent moves to reorganise its Asia business, he said he was also worried about Vanguard’s future commitment to its business partners in the Asia-Pacific region.

His concerns echo a similar gripe expressed by a major Taiwanese asset owner last month after receiving a letter informing it of Vanguard’s plans to wind down a passive discretionary mandate it had been entrusted to run.

For now, the Asia-Pacific manager has no intention to change any current feeder strategies, he said, but he added that his company was unlikely to bring any new feeder fund business to Vanguard, despite having a long working relationship with the US manager.

“The vacuum that Vanguard leaves behind is going to be very quickly filled by other hungrier passive providers,” he said.

Amin Rajan, chief executive of UK-based research firm Create-Research, said institutional investors across Asia were finding it “hard to believe that Vanguard is prepared to drop blue-chip clients while its European and US counterparts would give their eye teeth to manage such clients’ money”.

Its withdrawal from passive mandates worth $21.6bn, from China’s three largest institutional investors, is thought to have lost Vanguard as much as $4m per year in management fees.

It is hard to gauge the “damage” done to Vanguard’s brand in the region until the manager reveals “the reasons behind its unusual decision”, Mr Rajan said.

“By offering a fuller explanation of the reasoning behind the decision — and the sooner [the better] — the quicker this debacle will be put to bed,” he added.

When asked to respond to the possible impact of the changes of its business strategy on relationships in Asia, Vanguard told Ignites Asia that it understood the concerns but did not consider that they would have wider implications.

“We can understand frustration felt by some of our Apac [Asia Pacific] institutional clients due to a change to their service model, and we are continuing to work closely with them to ease the transition of their service to other Vanguard offices or investment managers,” the US manager said in an emailed statement.

“However, we would challenge the assertion that this is part of a bigger story or trend on Vanguard and partnerships. This was a very specific business decision made in a few regions to squarely focus our efforts on our retail mainland China efforts, and on our retail, adviser and superannuation businesses in Australia,” the statement concluded.

Interested in finding out more? Our ETF Hub means in-depth data, news, analysis and other essential investment information is only one click away.

The lingering question is whether Vanguard’s recent approach to terminating business partnerships could end up damaging its efforts for expanding what it considers to be more lucrative retail business in a handful of Asia Pacific markets.

“It may be that it felt obliged to have a unified fee structure for institutional and retail clients. This would have made its much-touted expansion in the retail space uneconomic,” Mr Rajan said.

As of September, the total assets invested via Vanguard’s roboadvisory joint venture with Ant Group, Bang Ni Tou, had swelled to Rmb3.5bn ($530m), nearly 500 per cent higher than June’s Rmb600m.

Vanguard said in a statement to Ignites Asia that it was “very pleased” with the partnership and the “exceptional growth of the advisory services in only six months”.

*Ignites Asia is a news service published by FT Specialist for professionals working in the asset management industry. It covers everything from new product launches to regulations and industry trends. Trials and subscriptions are available at ignitesasia.com.

Teens’ brains aged faster during the first year of the…

In ‘roller-coaster’ finish, Ravens shake off injuries and…

“Don’t Know Why…”: Dinesh Karthik On…