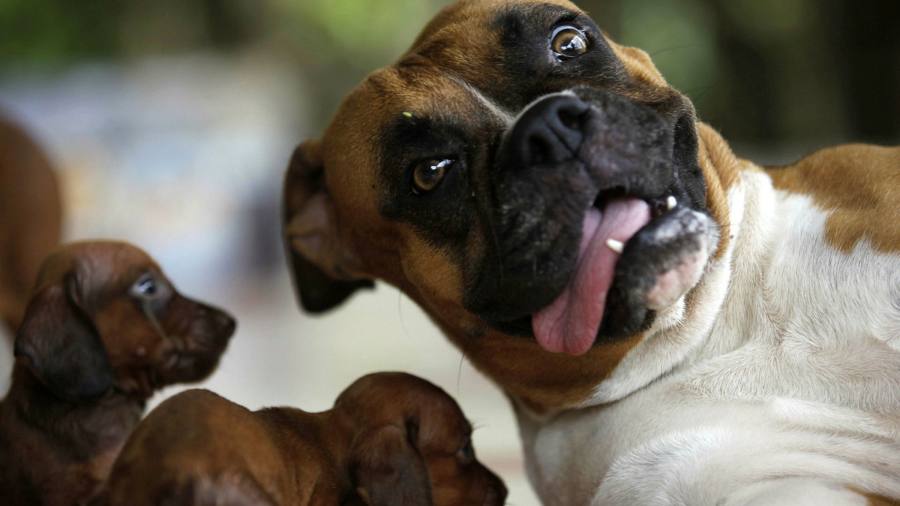 Lockdown Britain has a puppy shortage and a surfeit of stock market dogs. Veterinary services company IVC Evidensia, a beneficiary of the former, has all the makings of the latter.

Private equity group EQT and Nestlé, IVC’s current owners, are planning a London listing for early next year. They see a business worth up to £12bn at the enterprise value level, at least according to the excitable bankers who have attached themselves to the plan. Investors might ask what exactly has changed since IVC’s funding round in February of last year, which set the headline enterprise value at just €3bn.

The answer appears obvious. Home working has given time-poor commuters the opportunity of pet ownership. Google Trends data picked up a doubling of UK searches for “vets near me” in the five months after the March lockdown as new owners looked to vaccinate and neuter their new companion.

Pets being for life, the trend is likely to withstand recession. Like-for-like sales at CVS, the UK-listed vets owner, hardly budged through the downturn of 2007 to 2011. Its shares have surged more than six-fold from March lows on expectations of a repeat performance.

CVS and its private equity-backed rivals take advantage of industry economics that favour buying over building. They buy up independent practices with long customer lists then use scale to squeeze down costs. When the time comes to sell, industry consolidators such as US behemoth Mars Petcare have been rapacious consumers.

The playbook has limits, however. Mandatory services such as 24 hour locums are a cap on cost-cutting potential so earnings can flatline soon after acquisition. Analysis from RBC Capital Markets found that between 2009 and 2017 CVS bought £26.1m of ebitda by taking over 255 practices, yet group ebitda rose by just £29.7m.

While not much is known yet about IVC’s finances, a Fitch report from August hints at a roll-up vehicle that is running out of road. The debt ratings agency expects sales to grow just 5 per cent by 2024 and records negative free cashflow for 2019 as net debt ballooned to 9 times ebitda, likely choking the bid pipeline. Perhaps lockdown has transformed these numbers but if that is the case, why would the sellers be selling?

London needs to shake its reputation for overhyped floats, particularly those that give private equity a timely exit. If an IVC arrives anywhere close to its mooted valuation, investors are being served another dog’s dinner.

Royal Mail was created in 1516, a year after Albrecht Dürer sketched the first Indian rhinoceros to arrive in Europe, based on details given in a letter. The rhino that Dürer depicted, with its riveted armour plating, could not and did not survive a year. Half a millennia later there were doubts that Royal Mail, with its inflexible statutory obligations and its unionised workforce, could survive.

But on Thursday, the company showed the market it could slough off the past and embrace a future filled with cardboard boxes and jiffy bags. For the first time, parcel deliveries, up a third in the six months to September, exceeded letter volumes. First-half revenue growth of almost 5 per cent in the UK was the highest since the business floated in 2013. It shows the Royal Mail “can be cash generative and a sustainable, profitable business in the future”, said interim executive chairman Keith Williams. “The business has horns.”

Revenues at GLS, the overseas parcel delivery business which now brings in a third of the group total, rose a fifth. The Amsterdam-based division’s margins topped 9 per cent in the first half. Its van drivers took full advantage of clear roads and recipients staying home to take delivery.

Covid-19 and the shift to ecommerce have forced Royal Mail to pivot faster towards transporting packages. Mr Williams is anticipating the “biggest online Christmas” to date and is recruiting about 33,000 flexible workers. That’s the size of the Royal Navy.

But Royal Mail still needs to be fleeter of foot. Brexit and an economic downturn will dampen spirits post Christmas. The group has shambled too slowly towards automation, says Mr Williams. Most parcel sorting is manual and each percentage point increase in domestic parcel revenue costs about £8m, the group says. Restructuring is costing a packet and also needs the nod from its 140,000 posties. Progress there has been lumbering, too. And the group is unlikely to shuck off its constricting statutory obligations to deliver to the door any time soon.

None of which makes it easier to forecast with certainty. Analysts are pencilling in anything from a £300m profit before tax in the full year to March to a £100m loss. Nonetheless, Royal Mail is starting to look less like the impossible beast of Dürer’s imaginings and a little more like a company tooling up for the 21st century.