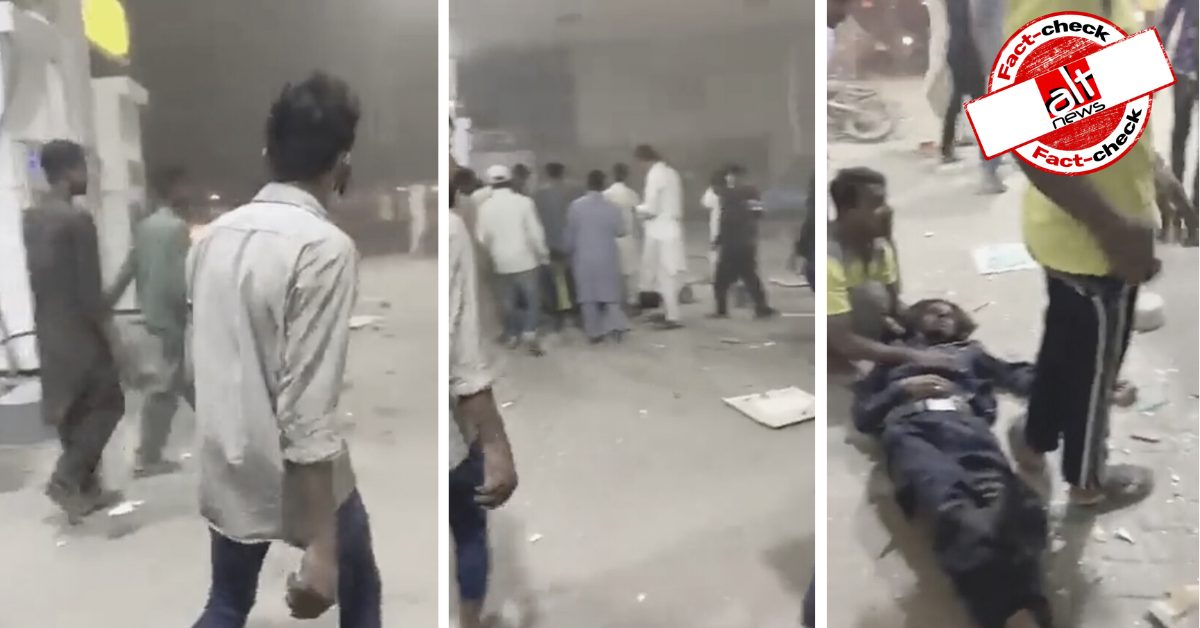 A video of a petrol pump surrounded by debris has been shared with the claim that it is related to the recent violence in Tripura violence. The video shows bloodied men lying motionless on the ground.

A Twitter user shared the clip along with a Hindi text that accused the Tripura police of negligence. He used the hashtag #ShameOnTripuraPolice.

[Note: The video has been hyperlinked, not embedded in the article due to its graphic nature. Viewer discretion is advised.]

The video is more prevalently shared on WhatsApp. Alt News has received several requests to fact-check the claim on our WhatsApp helpline number (+91 76000 11160).

The opening few seconds of the video suggested that the incident could be from Pakistan based on the clothes worn by the people and the dialect they can be heard speaking. We performed multiple keyword searches using ‘Pakistan petrol pump explosion’ on YouTube which led us to an October 29 report by Pakistan-based Samaa TV.

Using this as a clue, we performed another keyword search and found a report by GTV Network HD which includes the opening stills from the viral video.

Pakistan-based daily Dawn also reported this incident. The report stated that at least four people were killed and six others, including two women, suffered injuries in an explosion in Karachi’s North Nazimabad locality on October 29. DIG West Zone Nasir Aftab told Dawn the explosion occurred at the fuel station’s electric room and the impact was also felt in the vicinity. DIG Aftab also confirmed the number of deaths and injuries to Dawn.

To sum it up, a clip of the aftermath of a blast in a petrol pump in Pakistan in October was falsely shared in India with the claim that it is from Tripura violence.

FACT CHECK: Viral Image of People Sleeping on Road on a Chilly Night is not of UP TET…

My parents introduced me to Marathi content since childhood,…

Ridley Scott May Be Anti-Superhero Movie, But He Had A…

Who is in the new Netflix movie?