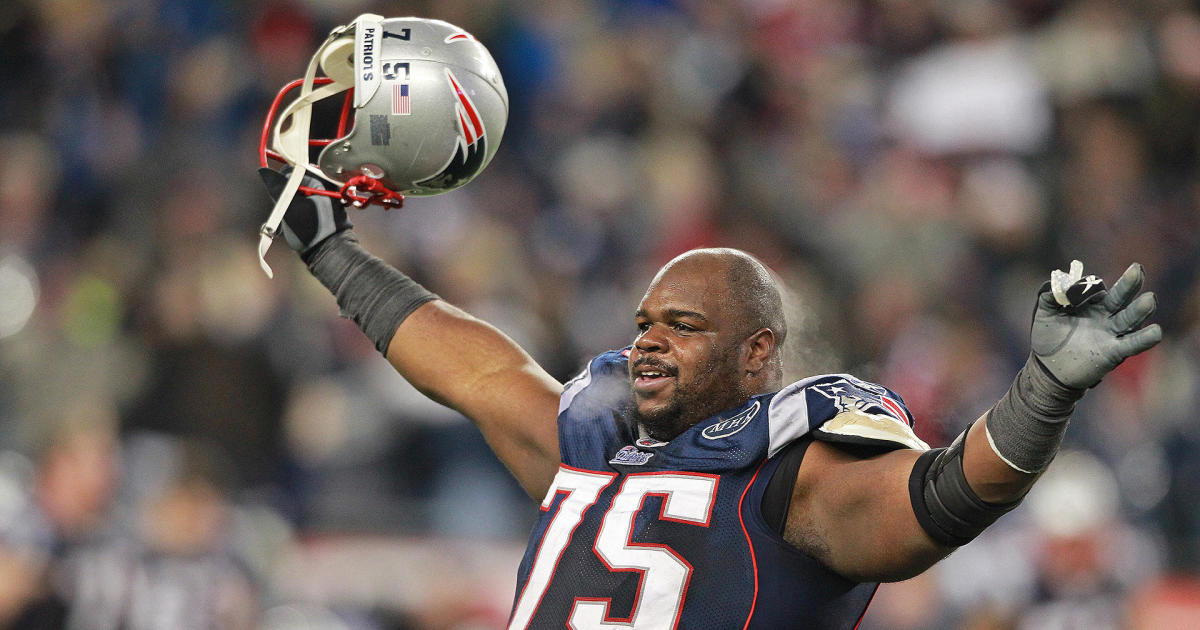 FOXBORO — Vince Wilfork has a pair of Super Bowl rings from his career with the New England Patriots. On Saturday, he’ll add a red jacket to his collection

Given his massive impact on the New England defense for 11 years, it should be no surprise that Wilfork will be enshrined after just one year on the ballot. Drafted with the 21st overall pick in 2004, Wilfork anchored some of the best defenses in the NFL for over a decade. The New England defense finished in the top 10 in points allowed eight times during Wilfork’s run with the team.

He was, arguably, one of the best nose tackles to ever play the game. Big Vince was also one of the more exciting and fun players to watch in a position that usually goes unnoticed.

Even at 6-foot-2 and 325 pounds, the big fella was incredibly athletic and fairly nimble on the field. Look no further than his interception against the San Diego Chargers — one of three picks for Wilfork during his career — as a prime example.

Wilfork clogged running lanes for over a decade in New England and was a nightmare matchup for anyone going up against the Patriots. He made five Pro Bowls, including three straight from 2010-12, and was a First-Team All Pro in 2012. He earned Second-Team All Pro three times: in 2007, 2010, and 2011.

Wilfork won Super Bowls with the Patriots in 2004 and 2014, and played in 21 playoff games during his time in New England. In those contests, Wilfork racked up three sacks — 2.5 of which came in the team’s 2011 run to the Super Bowl — a fumble recovery, and 81 total tackles.

It’s only fitting that he’s now set to put on a red jacket and take his rightful spot in the team’s Hall of Fame.

You can watch Vince Wilfork’s Hall of Fame ceremony on Saturday live at 4 p.m. on CBS News Boston and TV 38!