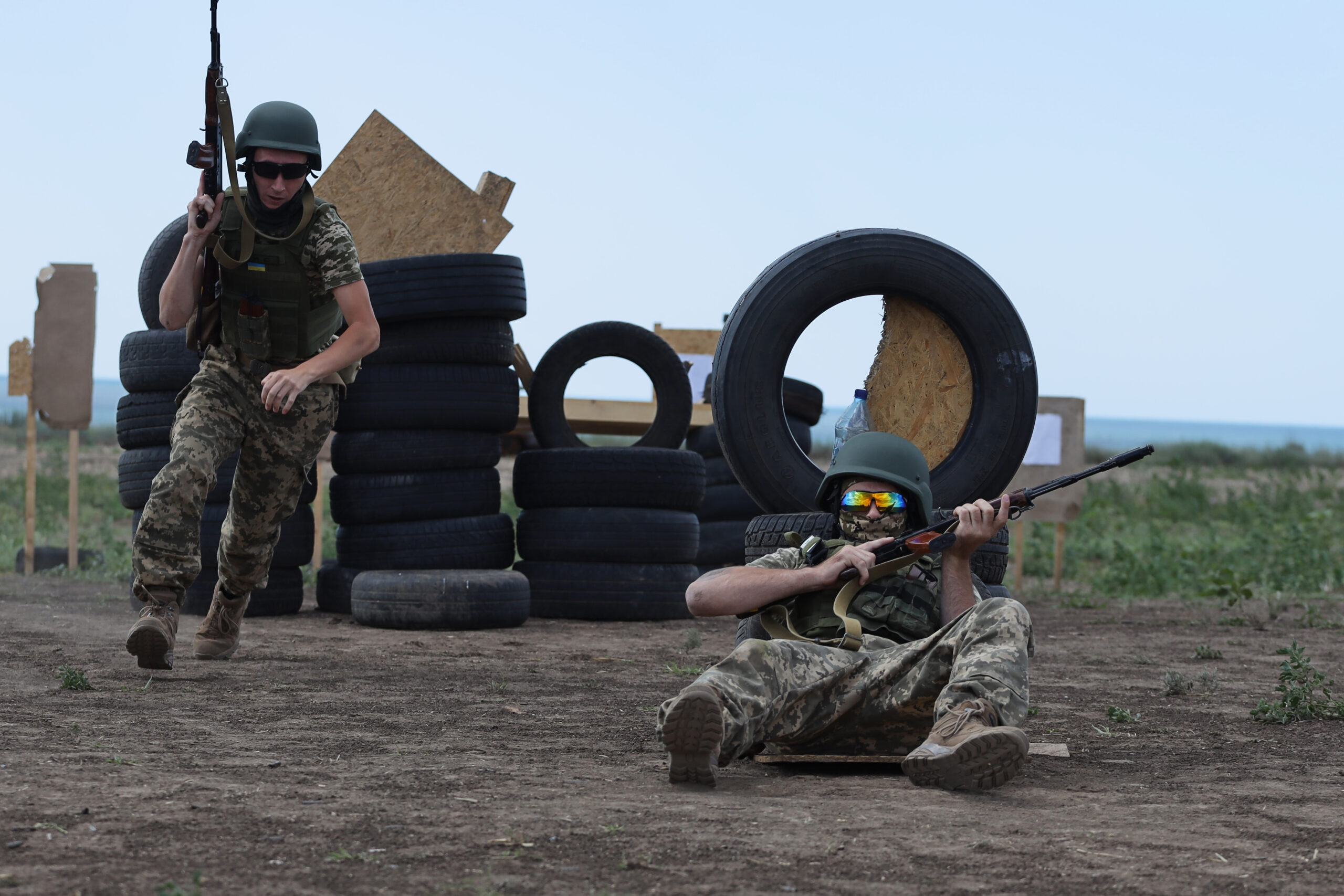 Here are the latest developments in the war in Ukraine:

At least 18 people are killed and dozens wounded in missile strikes on Ukraine’s Odessa region.

The strikes come a day after Russian troops abandoned positions on the strategic Snake Island off the coast of Odessa.

he says Thursday in his daily address.

A strategic target, Snake Island sits aside shipping lanes near Odessa port. Russia had attempted to install missile and air defence batteries while under fire from drones.

Britain’s Ministry of Defence says in its latest intelligence update Russia has highly likely withdrawn “owing to the isolation of the garrison and its increasing vulnerability to Ukrainian strikes, rather than as a ‘gesture of good will’, as it has claimed.”

The Russian defence ministry  on Thursday described the retreat as “a gesture of goodwill” meant to demonstrate that Moscow will not interfere with UN efforts to organise protected grain exports from Ukraine.

The city of Lysychansk in Ukraine’s eastern Donbas region continues to come under sustained bombardment, Sergiy Gaiday — governor of the Lugansk region, says.

Capturing the city would allow the Russians to push deeper in the industrial Donbas, which has become the focus of their offensive since failing to capture Kyiv after their 24 February invasion.

“Residents of Lysychansk barely leave their basements and homes,”

The Russians had taken control of parts of the city’s oil refinery, he says.

“You have created an impressive anti-corruption machine,” “But now these institutions need teeth, and the right people in senior posts.”

she tells lawmakers by video link.

Ukraine applied for EU membership just five days after Russia’s February 24 invasion and the 27 member states accepted its candidacy on June 23, in a strong signal of support.

But the accession process could take many years.

She stressed that Brussels and the EU member states were firmly behind Ukraine in both its battle with the ongoing Russian invasion and the quest to be “reunited with our European family”.

But she also insisted on the need to build on reforms already introduced since Ukraine’s 2014 revolt against its previous government to battle corruption and the grip of oligarchs on its economy.

Ukraine has started exporting electricity to the EU via Romania, President Zelensky says, as Russia reduces gas supplies to the bloc.

Several European countries, highly dependent upon Russian gas for their energy needs, have been forced to look for alternatives as Moscow slashes deliveries in response to their support for Ukraine.

“This is only the first stage. We are preparing to increase supply,””a significant part of the Russian gas consumed by Europeans can be replaced”.

Rahul Dravid reveals his talks with Jasprit Bumrah on captaincy; It’s fascinating too!

The Texan city with taco breakfasts, cowboys and live music – with daily flights from the UK

Food storage hacks: How to keep potatoes edibles for 6…

Idris Elba ‘hustled’ to get on JAY-Z’s…