Warren Buffett pulls back on banks and bets on drugmakers 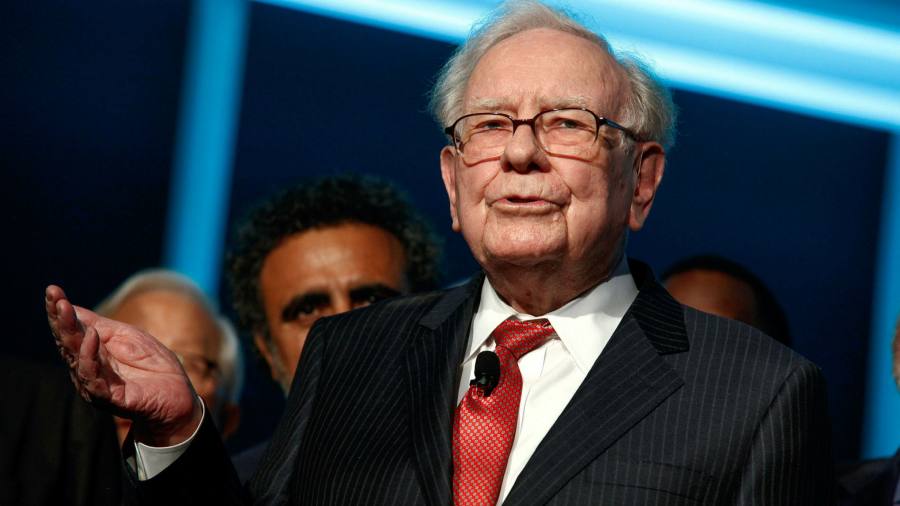 Warren Buffett’s Berkshire Hathaway placed a $5.7bn bet on four US pharmaceutical stocks in the third quarter, as the billionaire investor dumped holdings in several of the largest US banks.

Berkshire added 21.3m shares of AbbVie, 30m shares of Bristol-Myers Squibb, 22.4m shares of Merck and 3.7m shares of Pfizer to its $245bn equity portfolio, according to a filing with the US securities regulator on Monday.

The investment in drugmakers by “the Oracle of Omaha” will be closely scrutinised by Wall Street in an era of Covid-19, given Mr Buffett has not waded far into the healthcare sector in recent years.

Both Pfizer and Merck are developing coronavirus vaccines to stop people developing the disease, and last week positive early data from Pfizer’s trial briefly sent the company’s shares to their highest level in more than a year.

Even after the multibillion-dollar investment, though, Mr Buffett was a relatively small investor in the four groups at the end of the quarter. Berkshire’s new stake accounted for 1.3 per cent of Bristol-Myers shares outstanding, 1.2 per cent of AbbVie, 0.9 per cent of Merck and less than 0.1 per cent of Pfizer.

The four new purchases more than doubled the size of Berkshire’s investments in healthcare stocks in the third quarter to $9.3bn in total. The company already held stakes in the drugmakers Biogen, Johnson & Johnson and Teva Pharmaceuticals and DaVita, a kidney dialysis company.

Mr Buffett did not respond to a request for comment.

Berkshire cut its stake in several large banks during the three months to the end of September, including Wells Fargo, JPMorgan Chase, PNC Financial and M&T Bank. The Omaha, Nebraska-based company sold 110.2m shares in Wells Fargo, or just under half its stake, as well as 21.2m shares of JPMorgan. Berkshire, which once was one of the largest Wells Fargo shareholders with a stake of roughly 10 per cent of the bank, now holds just 3.1 per cent.

The bank share sales come months after Berkshire had slashed its positions in other US lenders and completely exited its crisis-era investment in Goldman Sachs. The sector had struggled this year as US interest rates tumbled, and the KBW bank index had fallen 35.5 per cent from the year’s start to the end of September. 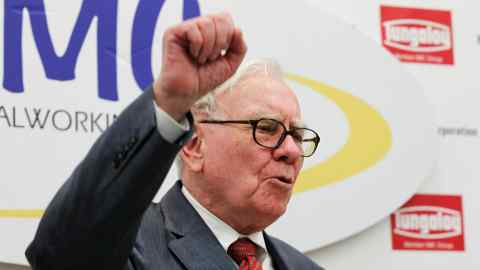 Berkshire, which owns the Burlington Northern Santa Fe freight rail operator and the insurer Geico, increased its wager on only one bank during the quarter: Bank of America, its second-largest stock investment. The company disclosed it had purchased 85m shares between July and September, giving it an 11.7 per cent stake in the lender.

Mr Buffett’s group trimmed it stake in Apple during the period, although a rally in the iPhone maker’s shares boosted its value in the company’s portfolio to $111.7bn. Berkshire also exited its decades-long investment in Costco, the retailer that has been heralded at Berkshire annual meetings by both Mr Buffett and the company’s vice-chairman Charlie Munger.

Shares of Berkshire have lagged the benchmark S&P 500 this year, although the gap between the two has narrowed in the days since Joe Biden was named US president-elect and Pfizer and Germany’s BioNTech reported their vaccine trial results. The company’s stock has climbed 2.3 per cent this year, compared to the 12 per cent advance by the broad market.

PH economy in for a big comeback in 2021, Morgan Stanley bets