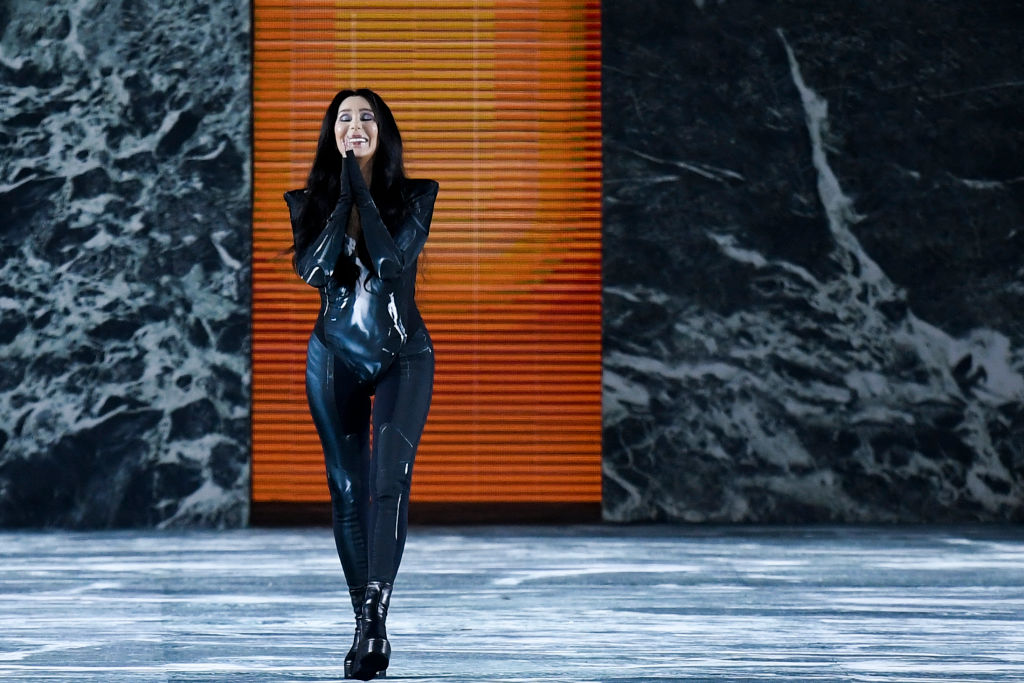 Cher has had her fair share of buzzed-about moments in her decades-long career, and the legendary singer did it again Wednesday, with a surprise appearance at the Balmain Paris Fashion Week show.

Cher emerged from backstage as the refrain to her 1999 hit, “Strong Enough,” came over the speakers, and the thousands of people in attendance at Paris’ Jean Bouin Stadium cheered her on enthusiastically as she made her way down the marble-inspired runway (in towering platform heels no less).

Balmain’s latest show, which also featured model Ashley Graham and front-row stars like Dove Cameron, Brooklyn Beckham, Nicola Peltz and Brazilian soccer star Neymar, had actually kicked off with Cher appearing on a screen, delivering the words “All of us invent ourselves — some of us just have more imagination than others.” Still, no one in the crowd could’ve expected the singer to actually show up on the runway.

Cher took to Twitter after the show to share her excitement about the momentous event, tweeting, “Just had [the] best time on stage… felt great! Show was probably best fashion show ever.”

The singer, who hasn’t performed since her “Here We Go Again Tour” was cut short due to Covid in March 2020, may have also been inspired by her catwalk turn. “[The] stage was calling me,” she tweeted. “Cher… oh Cher… come home… I hear you.”

Dubbed the “Balmain Festival,” Rousteing’s latest collection showcased a mix of tribal and futuristic influences, as he sent models down the runway in flowing gowns, sculpted blazers and watercolor-style printed coats and tops.

As for Cher, this isn’t the first high-fashion collaboration for her this year: the singer teamed up with Donatella Versace for a limited-edition “Chersace” collection earlier this summer, that was released in conjunction with Pride.