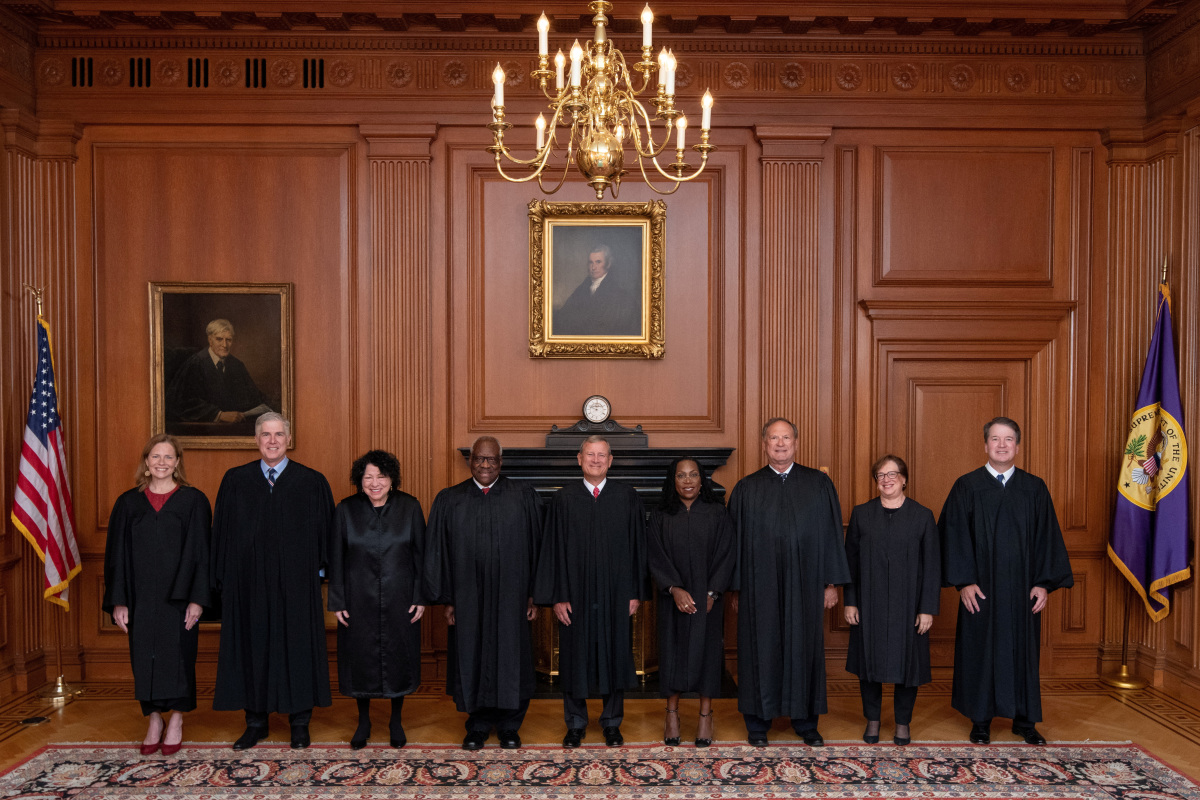 The U.S. Supreme Court’s nine justices are poised on Monday to open a new nine-month term packed with major cases including disputes centered on race that give members of its conservative majority fresh opportunities to flex their muscles, with an environmental case up first.

The top U.S. judicial body annually kicks off its term on the first Monday of October, and the justices have important cases on the schedule right away. The court has a 6-3 conservative majority. President Joe Biden’s appointee Ketanji Brown Jackson – America’s first Black woman justice – joins the court’s liberal bloc after being confirmed by the Senate in April to succeed now-retired Justice Stephen Breyer.

On the term’s first day, the justices are set to hear arguments in a case that could limit the scope of a landmark federal environmental law, the Clean Water Act of 1972. The court issued a decision in June that constrained the U.S. Environmental Protection Agency’s (EPA) authority to regulate greenhouse gas emissions under a different anti-pollution law, the Clean Air Act.

The court on Monday will consider for a second time a bid by Chantell and Mike Sackett, a married couple from Idaho, to build a home on property that the EPA has deemed a protected wetland requiring a permit under the Clean Water Act, which they had failed to obtain.

There has been litigation and political debates over how much of a connection with a waterway a property must have in order to require a permit. The Supreme Court issued a ruling in 2006 that led to further uncertainty. The new case gives its conservatives an opportunity to embrace an approach favored by business groups, with a ruling due by the end of June.

In the biggest rulings from last term, the court ended the recognition of a woman’s constitutional right to abortion and expanded gun rights.

On Tuesday, the justices are due to hear arguments in a case from Alabama that threatens to gut a landmark civil rights law. The 1965 Voting Rights Act, which prohibits racial discrimination in voting, was enacted at a time when Southern states including Alabama enforced policies blocking Black people from casting ballots.

Alabama is appealing a lower court’s ruling invalidating a map approved by the state’s Republican-controlled legislature drawing the boundaries of the state’s seven U.S. House of Representatives districts. The lower court ordered a new map after finding that the Republican-drawn version diluted the electoral clout of Black voters in violation of the Voting Rights Act. Black voters tend to support Democratic candidates.

At Alabama’s request, the Supreme Court froze that ruling, letting the contested map be used in elections while litigation proceeds.

The map concentrated the voting power of Black people in the state into a single district even though Alabama’s population is 27% Black, while spreading out the rest of the Black population into other districts at levels too small to form a majority.

Conservative states and groups already have successfully prodded the Supreme Court to limit the Voting Rights Act’s scope in rulings from 2013 and 2021. Alabama now argues that drawing a second district to give Black voters a better chance at electing their preferred candidate would itself be racially discriminatory by favoring them at the expense of other voters.

The Supreme Court tackles race again in a dispute to be heard on Oct. 31 that might yield the most momentous ruling of the term, with the conservative majority in a position to end affirmative action admissions policies used by many colleges and universities to increase the number of Black and Hispanic students on their campuses.

The universities have said they use race as only one factor in a host of individualized evaluations for admission without quotas, and that curbing the consideration of race would result in a significant drop in the number of Black, Hispanic and other underrepresented students on campus.

Green Sprouts recalls bottles, cups for toddlers due to…

USC football is ahead of the expectations game – Daily News

Google Maps is no longer available on Wear OS 2 smartwatches

We turned a drab old static caravan into a modern boutique…