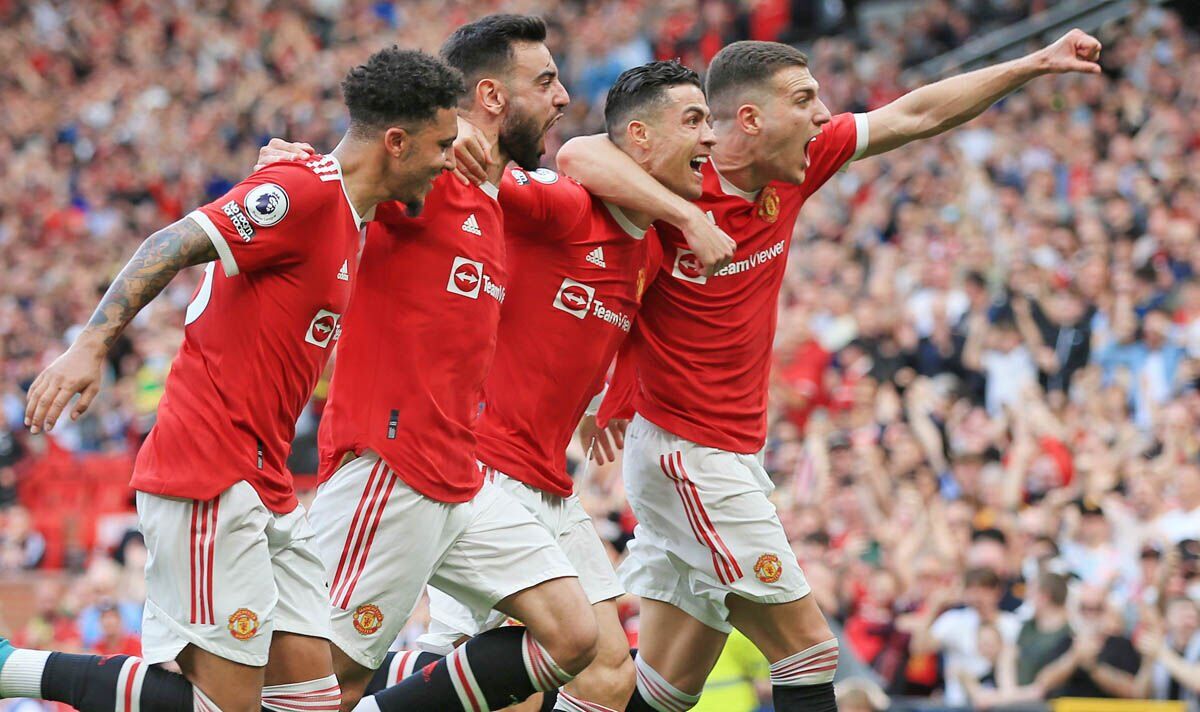 Manchester United players aren’t opposed to Cristiano Ronaldo leaving Old Trafford this summer, according to reports. The Portugal international wants to depart for a team playing in the Champions League, with Chelsea and Bayern Munich emerging as potential suitors. And it seems not everybody is against the idea of the 37-year-old leaving, though the likes of John Murtough, Richard Arnold and the Glazers will all have the final say.

United gave Ronaldo a two-year contract upon re-signing him from Juventus back in last summer’s transfer window.

And the Portugal international produced the goods amid a chaotic campaign under Ole Gunnar Solskjaer and Ralf Rangnick, netting 24 goals across all competitions.

Now, however, he wants to leave a year ahead of schedule.

News broker over the weekend that Ronaldo was keen to leave United providing a ‘suitable offer’ arrives, with Chelsea and Bayern both emerging as interested parties.

And The Athletic say sources close to the United squad think some of his team-mates would feel ‘liberated’ if Ronaldo was to get his wish and seal a move away.

United finished second last year under Solskjaer, behind only City.

But they regressed following the return of Ronaldo, with the likes of Marcus Rashford and Anthony Martial both struggling for game time and consistency.

It’s stated, though, that United players feel as though they’d be able to express themselves on the pitch again if the club’s No 7 was to be sold.

United would want a fee for the 37-year-old, having agreed to pay an overall fee close to £17million upon bringing him back from Juventus 11 months ago.

Yet it’s still unclear what the immediate future holds, with Ronaldo yet to hold talks with Erik ten Hag.

The Dutchman has indicated he wants the veteran to stay, talking up the forward’s talents and insisting he guarantees goals.

But Ronaldo appears to have other ideas, with the Real Madrid icon determined to play at the highest level as he enters the twilight years of his glittering career.

While United team-mates would be content with Ronaldo going, however, the club have other ideas.

They hadn’t planned on recruiting a new first-choice centre-forward this summer, with Ten Hag focusing on other areas of his squad instead.

That was part of the reason why United walked away from a deal for Darwin Nunez, enabling Liverpool to sign the 22-year-old instead.

And they’re adamant Ronaldo won’t be sold, with the Portugal international under contract until the summer of 2023.

Some within United are described as ‘doubtful’ over whether or not the veteran has a move lined up.

But others think Ronaldo’s agent, Jorge Mendes, wouldn’t act this way without ‘knowing a club is seriously interested’.

“He wouldn’t want to embarrass himself,” an insider close to United is quoted as saying.

It would be hard for potential buyers to afford Ronaldo, however, particularly given his huge wages of £500,000-a-week.

Chelsea want a replacement for Romelu Lukaku but, while Blues owner Todd Boehly is interested, Thomas Tuchel seems to have other ideas.

And while Bayern have discussed Ronaldo as a potential replacement for Robert Lewandowski, the finances don’t add up for the reigning Bundesliga champions.

Serie A could be an option, with Roma and Napoli both linked with a move for the superstar at various points this summer.

Yet Italian football is apparently ‘on it’s knees’ after the coronavirus crisis – meaning it’s hard to see a team giving Ronaldo the salary he currently earns at Old Trafford.

With 140 strikes to his name, no player in history has bagged more.

And Cascarino said: “Ronaldo is a player, as always, that has an ego. A lot of it is about him but the teams he’s played in have been successful, so you always go with that as a team player.

“Great, he scores goals, he gets the accolades, he’s one of the greatest that’s ever played the game. You can have all that and that’s fine, as long as you’re winning. When you don’t win, now you’ve got a problem.

“I said to you off-air, I’m a bit suspicious because he’s got 141 goals in the Champions League. Messi has got 125.