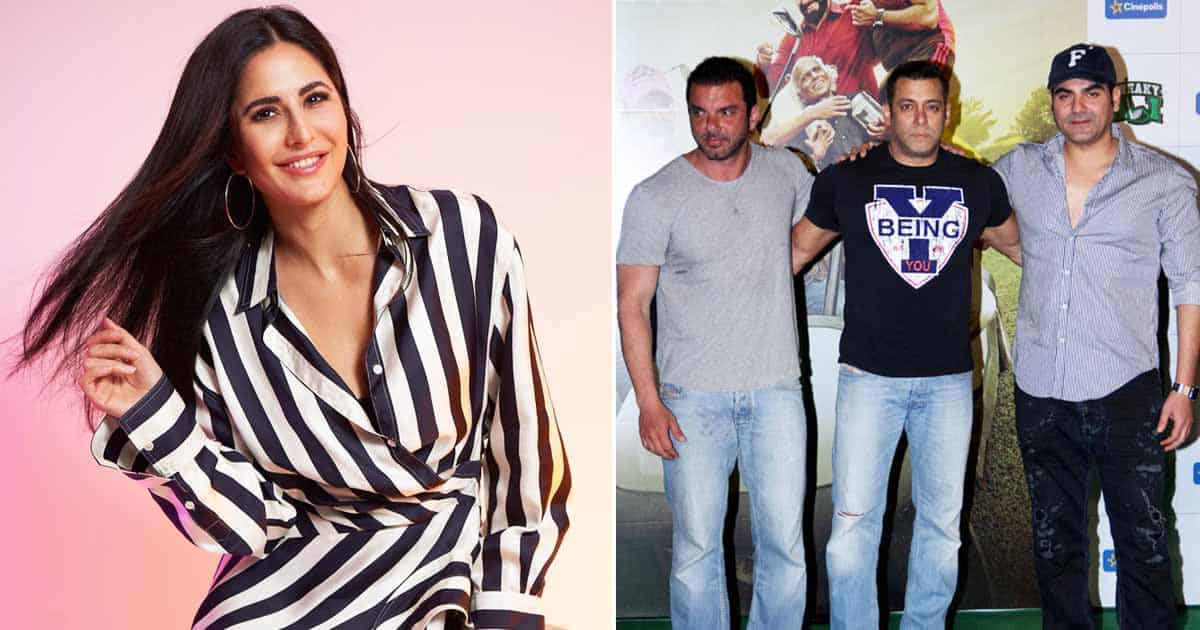 Katrina Kaif is a well-known actress who has been winning hearts with on-screen performances since Maine Pyaar Kyun Kiya? (2006). With her nearly spending two decades in the industry already, it’s a given that she’s featured on Karan Johar’s Koffee With Karan couch a number of times. It was during one of these appearances that she made some revelations about her then-boyfriend Salman Khan and his brothers.

In an old video – now available on Reddit, of her appearance on Koffee with Karan in 2007 (Season 2 Episode 22 with Lara Dutta), Karan quizzed the actress about many things – including who among the Khan brothers was sensitive, romantic, and more. Read on to know all she had to spill.

During her rapid-fire session, Karan Johar asked the actress to name which Khan brother – Salman Khan, Arbaaz Khan, or Sohail Khan she would give certain titles to – given that she knows the Khan-daan well. The first of the questions was, “Whose the most sensitive brother” Answering this, Katrina Kaif “Some part of me thinks that Arbaaz is the most sensible but I think Sohail is more demonstrative, more communicative.”

“Best sense of humour between the three” to which Katrina Kaif answered, “I think Salman” The next question KJo asked her was, “Most romantic between the three” To this – despite her co-couch member Lara Dutta saying “Please say Salman,” the Tiger 3 actress said, “No because he’s (Karan) saying more romantic – not more romantic with whom you’ll go out. Most romantic…. I think Arbaaz actually.”Check out the video here:

Stay tuned to Koimoi for more such fun but eyebrow-raising throwback stories about your favourite stars from the entertainment world.

Must Read: Sonu Sood To Feature In A Haryanvi Music Album For The First Time