Where democracy goes to the highest bidder 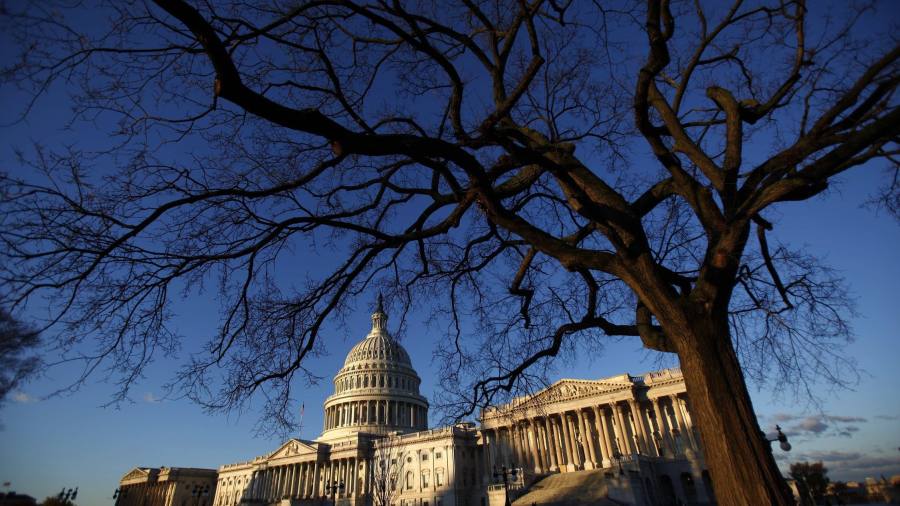 This article is an on-site version of our Swamp Notes newsletter. Sign up here to get the newsletter sent straight to your inbox every Monday and Friday

Many people are rightly saying that 2022 is the year that liberal democracy fought back. Between the incredible efforts of the Ukrainian people to take back some occupied territory, to the bravery of Iranian protesters speaking out against gender apartheid and government brutality, to the fact that the midterm elections process in the US went off without a hitch, there are many reasons to feel that autocrats and corrupt regimes have been dealt some big blows recently.

All that said, I’m still worried about the state of politics in the US, in the sense that so much of it is bought and paid for by corporations. We all know that the amount of money spent on elections has steadily increased in the past several decades. The 2020 presidential election was the most expensive in history (with more than $14bn spent) and 2024 will most likely top that (we just saw the most expensive midterms ever).

Corporations spend billions buying influence, and there are any number of academic studies to show that this pays off (one from 2021 found that a dollar spent on political influence is associated with $20.67 in higher future annual earnings; I could list a dozen others with similar findings). Foreign governments do the same. A few days ago, the National Intelligence Council released a report showing that the United Arab Emirates used corporate donations, political lobbying, grants to universities and other types of spending ($164mn since 2016) to influence US foreign policy over several years.

This isn’t a nefarious attempt to leverage disinformation by illegal means. This is a friendly government buying power by legal means. And that is the problem. Corporate political action committees, Citizens United and all sorts of loopholes in our very porous political system have turned Washington into a kind of open-air bazaar for influence purchasing. It pays off, and people know it. I actually got a research report from an investment management firm the other day that put forward an extremely convincing portfolio strategy based on buying companies with underutilised lobbying power. Wow. Just wow.

To me, this is a huge issue in a world in which the US is trying to present “values” as its competitive edge against China. Supporting liberal democracy is one thing. But what if democracy is for sale? This was the one terrible truth that Donald Trump embedded in his own welter of lies as president. In what must be the greatest irony of all time, a crooked real estate guy from Queens essentially said to the nation, “Hey, you see those politicians and CEOs in the back room? They’ve got the system rigged.” He then went back and continued playing poker with them, and encouraged everyone else to do the same.

Whether or not Trump becomes the Republican nominee again (I doubt it), the problem remains. I have been thinking about this in regards to America’s Taiwan problem, which I touched on in my response to Ed’s last note. The US must build a global alliance if it hopes to ever confront China over the Taiwan issue. But it’s harder to build that alliance these days, because it’s so patently clear that the US is grappling with deep levels of corruption in its own system. How do we combat the level of domestic and global cynicism about our political economy, which seems to be for sale to the highest bidder? Can we get back to our values? And what are they anyway? Ed, I’d love to hear your thoughts on any of this.

Rana, I’ve no doubt that the role of money in US politics is worse than it has ever been. We have the Supreme Court’s 2010 Citizens United ruling to blame for that. Barring an unlikely judicial revolution, it is hard to imagine America reimposing the money regulations with which it has briefly flirted at various moments since Richard Nixon’s presidency. In spite of having lived here for many years, I find the equation of political spending limits with speech restriction to be indefensible. It essentially means that the richer you are, the more speech you have, which is a recipe for oligarchy. By most analytic measures, America is indeed an oligarchy. I am not sure whether corporate lobbying is dramatically worse than it used to be but that is scant consolation. Washington has always been the playground of special interests and there has always been a three-way jobs flow between Capitol Hill, the regulatory agencies and the K Street lobbying (government relations/law firm, PR companies) machine. Again, it would take an improbable revolution to change that. The right to petition government is written into the constitution.

As regards Trump, though his cachet is waning, he may yet emerge as the Republican presidential nominee if the primary field is fragmented. That was how he broke through in 2016. I have a reasonable expectation that he would then go on to lose the 2024 election but not a hard conviction. The midterm elections were a positive shock because most of the really Trumpian election deniers lost their races. But scores of Maga Republicans were nevertheless elected. The best America’s oligarchic democracy can hope for is another defeat for Trumpism in 2024 whether Trump’s name is on the ballot or not. Even then, I find it hard to imagine the kind of clean out of Washington’s Augean stables that you and I agree would be necessary to create a more vibrant and responsive US democracy. That kind of change usually happens because of war or revolution. Swampians who are familiar with Mancur Olson’s The Logic of Collective Action and The Rise and Decline of Nations will understand why (both are still essential books).

In response to “Covid’s uncounted geopolitical toll”:
“Your point on a resumption of face to face meetings is well taken in general but quite conceivably off the mark in resolving the US-China conflict. To the extent, that strong leaders personalise conflict — especially the case in autocracies but also true in politically contentious democracies — it might be better to depersonalise conflict resolution and take over-inflated egos out of the equation. I favour a more institutionalised approach to conflict resolution that could be effectively developed through a new US-China secretariat . . . The recent Biden-Xi post Zoom in-person meeting in Bali is a case in point — long on talk and spin but largely devoid of any meaningful actions.” — Stephen Roach, New Haven, Connecticut

FirstFT Americas — Our pick of the best global news, comment and analysis from the FT and the rest of the web. Sign up here