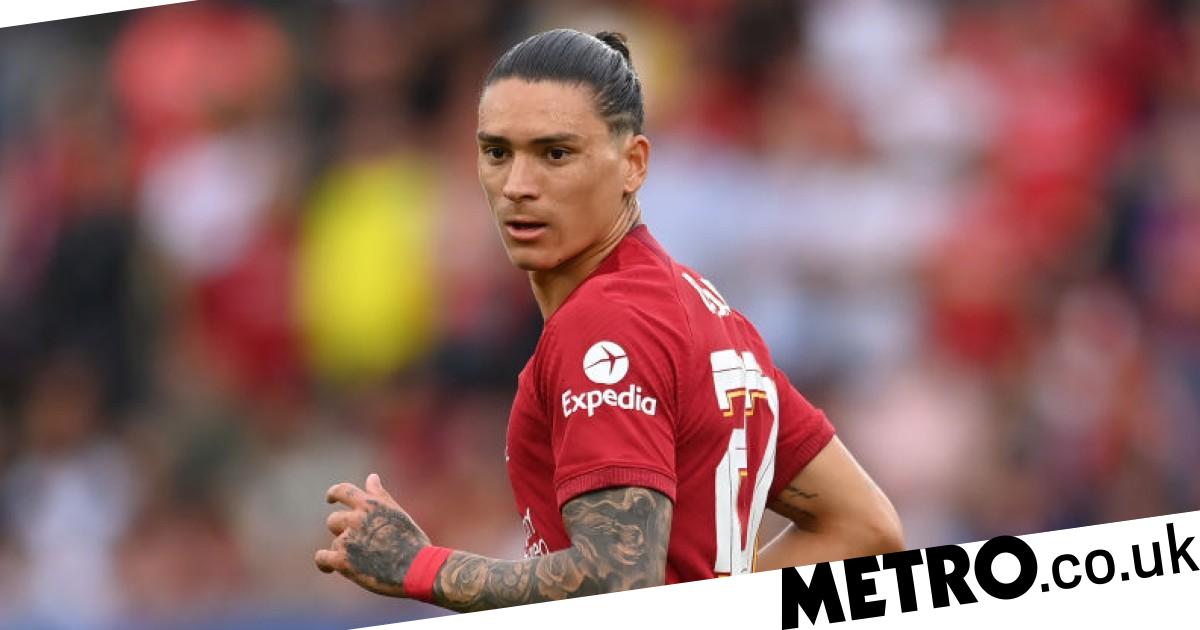 Darwin Nunez starts on the bench for Liverpool’s Premier League opener against Fulham on Saturday, just as he did in the Community Shield.

The Reds completed a deal to sign the striker from Benfica for a fee which could rise to £85million, which makes him the club’s record signing.

But he had to settle on a place for the bench against Man City last weekend, although he came on and scored a last-gasp goal to wrap up the 3-1 victory.

Jurgen Klopp has opted not to start the 23-year-old again, with Roberto Firmino operating up front alongside Luis Diaz and Mohamed Salah.

When asked if he’s giving the new signing time to settle in, Klopp told BT Sport: ‘Yeah of course. But it’s as well we have to mix it up a little bit.

‘So what kind of options do we have to change – with Bobby, a baller, and the other two boys have the speed.

‘If you put in three times speed, it’s about the opponent and what they require.

‘So if we change with two young boys [on the bench] and Darwin for example then it’s again a good mix.

‘That’s how we thought it would be better to start with Bobby.’


MORE : Diogo Jota says Liverpool ‘have everything to fight for titles’ as he signs new long-term contract

‘It is Very Hard to Be Consistent in the Finisher’s Role, Have to Make an Impact Every Time You Get In’: Dinesh Karthik