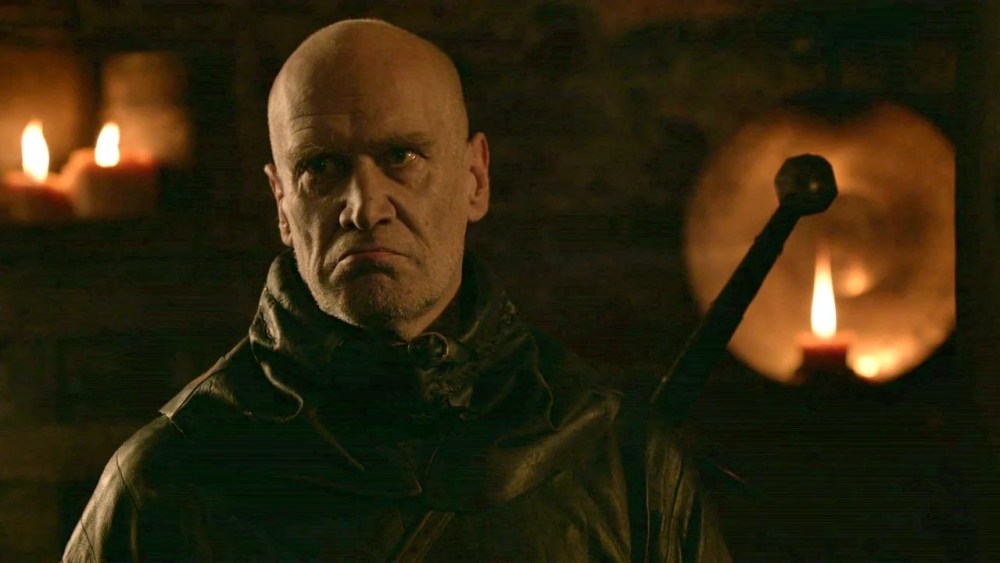 Wilko Johnson, an English guitarist and singer for the band Dr. Feelgood who also played the executioner Ser Ilyn Payne on HBO’s “Game of Thrones,” died on Monday. He was 75.

“This is the announcement we never wanted to make, and we do so with a very heavy heart: Wilko Johnson has died. He passed away at home on Monday 21st November. Thank you for respecting the family’s privacy at this very sad time. RIP Wilko Johnson,” his official Twitter account posted on Wednesday.

This is the announcement we never wanted to make, & we do so with a very heavy heart: Wilko Johnson has died. He passed away at home on Monday 21st November. Thank you for respecting the family’s privacy at this very sad time. RIP Wilko Johnson.
(Image: Leif Laaksonen) pic.twitter.com/1cRqyi9b9X

In 1971, Johnson formed Dr. Feelgood with Lee Brilleaux and John B. Sparks. They played a distinctive style of British pub rock and R&B and toured throughout the ’70s with high-energy performances. Their breakthrough album “Stupidity” hit No. 1 on the U.K. albums chart, but Johnson left the group a year later in 1977. He subsequently formed the Wilko Johnson Band, with whom he played until his death.

On TV, Johnson’s lone role was as Payne in Seasons 1 and 2 of “Game of Thrones.” Known as the King’s Justice, Payn was the royal executioner who was ordered to kill the beloved Eddard “Ned” Stark (Sean Bean) near the end of Season 1. He had his tongue cut out during the Mad King’s rule, making him the perfect, silent killer.

“They said they wanted somebody really sinister who went around looking daggers at people before killing them,” Wilko said in a 2011 interview. “That made it easy. Looking daggers at people is what I do all the time, it’s like second nature to me… On the first day, I had to look evilly at this girl. So I sort of boggled at her. Afterwards, the American director came up to me and said ‘Wilko, you don’t have to act scary. You are scary.’”

In 2013, he was diagnosed with late-stage pancreatic cancer, elected not to undergo chemotherapy and was given 10 months to live. His “Game of Thrones” role was then shortened, and he went on a farewell tour and recorded a final album with the Who’s lead singer, Roger Daltrey, in 2014. After undergoing surgery he was declared cancer-free later in the year.

Among the musicians paying tribute to Johnson was Led Zeppelin’s Jimmy Page, who wrote, “I’m sad to hear today of the passing of Wilko Johnson, the Dr Feelgood guitarist and singer/songwriter. I saw Wilko perform at Koko in Camden in May 2013 and the atmosphere was electric. This show was originally billed as his farewell tour. But, thankfully, he continued performing and thrilling crowds until recently. I really admired him and we’ll all miss him. RIP Wilko.”

Alex Kapranos, the frontman of Franz Ferdinand, said that “his unique, wired playing style and stage presence thrilled and inspired many guitarists, myself included. When I interviewed him a few years ago, he was bright, thoughtful and an astonishing story teller, carving legend from life. His presence on this planet will be felt for many more years.”

Johnson is survived by two sons, Matthew and Simon. His wife, Irene Knight, died from cancer in 2004.