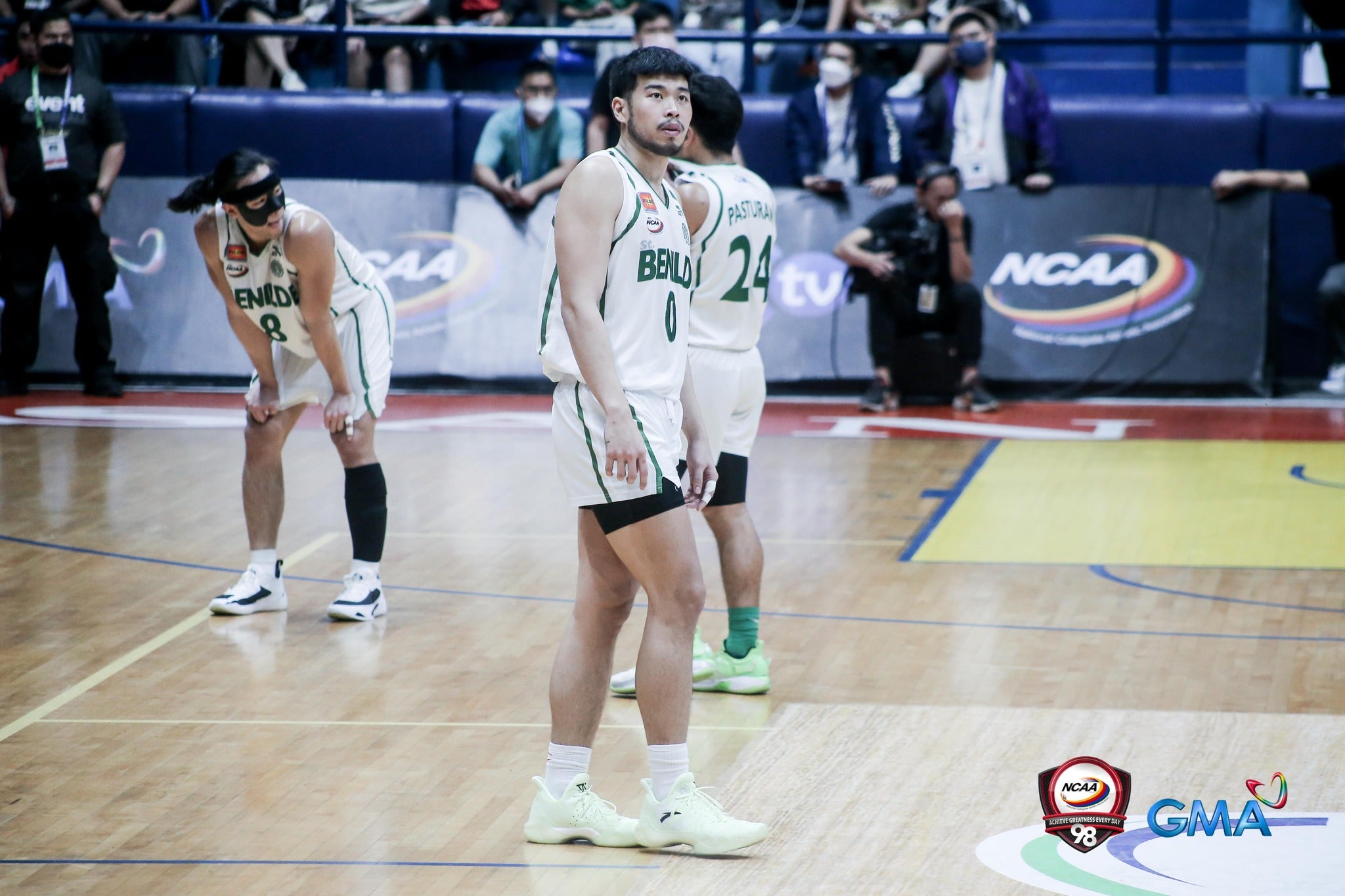 For Gozum, he wants to deliver for the Blazers’ community more than his achieving individual satisfaction through the MVP plum.

“If I get an individual award, I’ll be the only one happy about it. It’s unfair to the others, I want the whole community to be happy,” Gozum said on Tuesday after the Blazers’ 82-73 win against San Beda.

“Our next goal is to win to get to the Finals. It’s been too long since this team got there, 20 years. Hopefully, we get there. If we become champions, it’s not just us who are happy, the whole community will be as well,” he added.

The statistical leader of the MVP race added to his plethora of double-double’s on Tuesday with 15 points and 10 rebounds.

The three-time league Player of the Week also continued to credit Benilde’s coaching staff for not just his performances but also for the team’s newly-acquired twice-to-beat advantage.

“This is all because of my coaches. They always give me confidence. Even if I had a bad game, they gave me a chance to shift my game. Their trust in me is there. I’m just so thankful for them.”

St. Benilde’s opponent in the Final Four will rely on Letran’s match against Jose Rizal University on Tuesday.

If the Knights win, CSB will face Lyceum but if the defending champion loses, the Blazers will take on the Red Lions again.