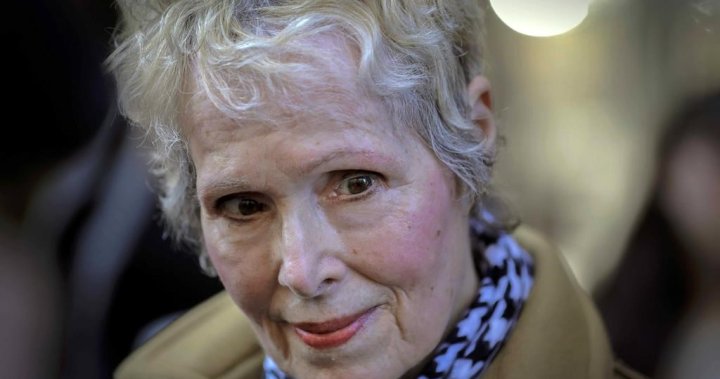 A writer who accused former U.S. president Donald Trump of raping her in a department store dressing room intends to file another lawsuit against him under a new New York law letting sexual assault victims sue over attacks that happened decades ago.

A lawyer for the columnist, E. Jean Carroll, notified a federal judge of her intent to sue in an August letter entered in the public record Tuesday. The suit would allege sexual battery and intentional infliction of emotional distress.

In the letter, the lawyer, Roberta Kaplan, also said she plans to depose Trump in the defamation case that Carroll already had pending against the former president. The deposition would have to occur by Oct. 19, when discovery in the case must be completed for a planned February trial.

Trump’s attorney, Alina Habba, did not immediately respond to a request for comment. In an Aug. 11 letter to the court that was also posted in the public file Tuesday, she objected to the new lawsuit.

Habba wrote that letting Carroll file the new claim now “would be extraordinarily prejudicial” to Trump, given the looming trial deadlines in the defamation case.

“To permit Plaintiff to drastically alter the scope and subject matter of this case at such time would severely prejudice Defendant’s rights. Therefore, Plaintiff’s request must be disregarded in its entirety,” Habba said.

0:37
Pelosi responds to E. Jean Carroll allegations: ‘I don’t know what Congress can do’

Carroll, a longtime advice columnist for Elle magazine, wrote in a 2019 book that Trump raped her during a chance encounter at a Bergdorf Goodman store in the mid-1990s. Trump denied it and questioned Carroll’s credibility and motivations.

Because the alleged attack happened so long ago, Carroll would ordinarily have missed legal deadlines to sue Trump. So she initially sued him instead for defamation, saying he smeared her reputation while denying the rape allegation.

Last spring, however, New York lawmakers passed the Adult Survivor’s Act, which provides a one-year “look back” that enables adult survivors of sexual attacks to bring civil claims when they otherwise would be barred.

The law, signed by Gov. Kathy Hochul in May, was modeled after the Child Victims Act, which provided a similar window to bring lawsuits for people who had been sexually assaulted when they were children. That law expired a year ago.

A deposition would require Trump to answer questions from Carroll’s lawyers under oath about her allegations. Carroll’s legal team in February had said they were willing to skip a deposition in order to get the lawsuit to trial more quickly. Kaplan, in her letter to the court, said she now needed to question Trump because his lawyers had turned over so few documents relevant to the case.

In her letter to the court, Habba made no mention of the plans to depose Trump, but she did complain that Kaplan’s letter was “filled with misrepresentations and inflammatory statements.”