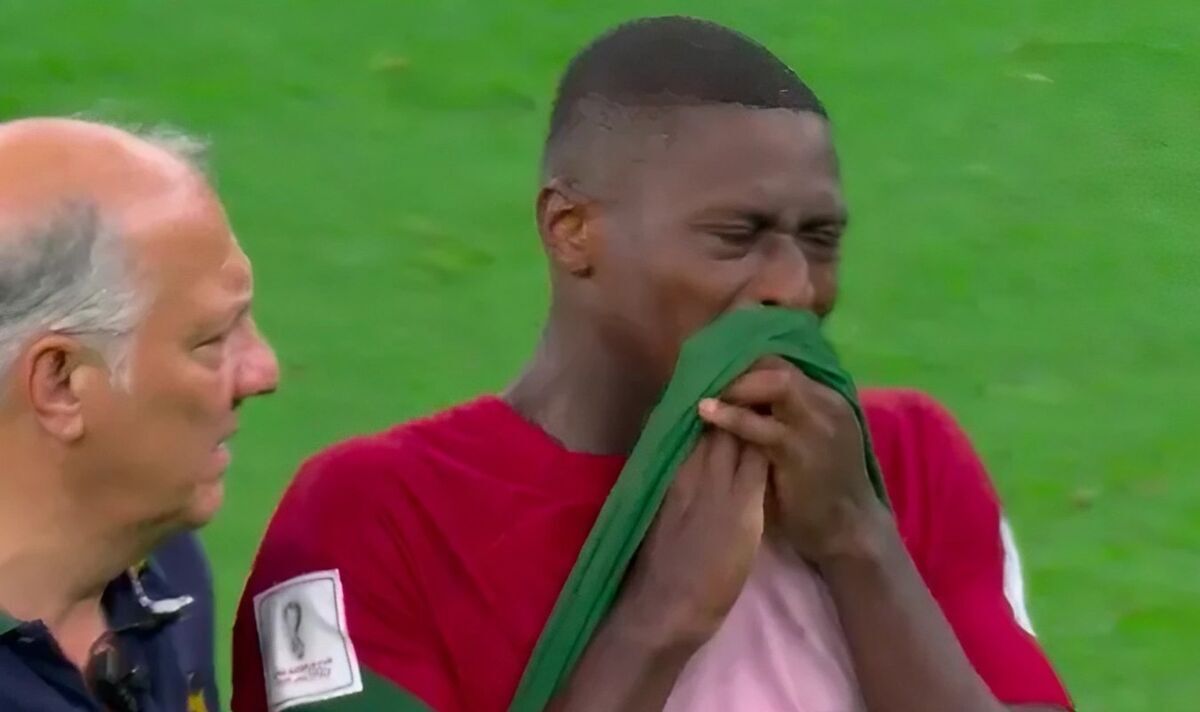 Nuno Mendes could not stop himself from crying as he was substituted with an injury during the first half of Portugal’s high-profile World Cup meeting with Uruguay on Monday evening. The 20-year-old was not selected to feature in his side’s group stage victory over Ghana last week with a thigh problem but returned to the fold at left-back against Uruguay at Lusail Stadium.

Mendes managed to get through the opening 40 minutes with minimal problems but stayed down after suffering an awkward landing as half-time approached to spark fears over his ability to continue. He was eventually replaced by Raphael Guerreiro and was clearly emotional as he trudged down the tunnel with tears rolling down his face while flanked by a member of Portugal’s medical team.

His team-mates went on to take the lead in the second half, with Cristiano Ronaldo firing home from close range to put the one-time European champions ahead shortly before the hour mark. Portugal later doubled their advantage from the penalty spot in stoppage time, with Bruno Fernandes sending Sergio Rochet the wrong way to send his team into the knockout stages of the World Cup.

Portugal boss Fernando Santos insisted before kick-off that it would be a difficult match for his players, who scraped past Ghana in their opening game at the World Cup but were coming up against better opponents in Uruguay and the likes of Darwin Nunez and Luis Suarez in attack.

“It’s a very strong team in terms of technical quality, that knows very well what it wants in the moments of the game, that plays well in a fast attack and puts the ball very well behind opponents,” said Santos.

“We have to pay a lot of attention, because they also call opponents with possession and press very hard. Let the opponent rock and fall asleep, so they can squeeze hard. In 2018 they won, but they could have lost. It’s going to be a great game again.”

It will represent a major blow for Portugal if Mendes is deemed unavailable for selection for an extended period of time, with the full-back having missed five club matches for Paris Saint-Germain through injury prior to the start of the World Cup. Portugal are already without a number of key players in Qatar, with Danilo Pereira and Otavio picking up knocks earlier in the tournament and Diogo Jota having failed to make the squad due to an injury suffered while playing for Liverpool against Manchester City.

Mendes has won 17 international caps for Portugal since bursting onto the scene with Sporting as a youngster before earning a £34million move to PSG at the end of last season. He has since registered 12 league appearances for the French giants, chipping in with a goal and four assists in the process to establish himself as one of Europe’s most exciting young left-sided defenders.