Year of the Spac, Fink sees a ‘tsunami of change’, US-China climate fight 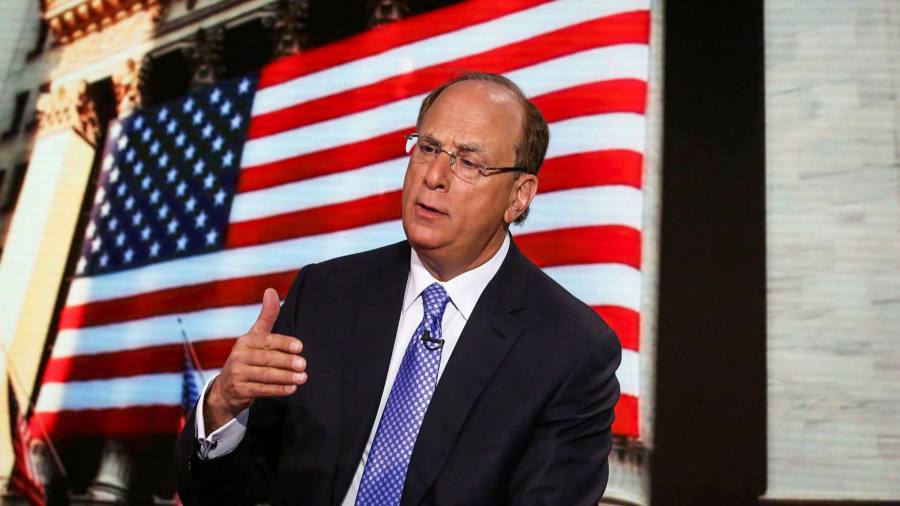 Breaking: as Moral Money went to press Boris Johnson, UK prime minister, laid out a 10 part plan for waging war on the combustion engine in the UK as part of a new green policy plan. The details are yet to be worked out, but make no mistake: this is (yet another) sign that the policy climate is changing in a way the private sector cannot ignore.

Two things to start: FT Investing for Good USA: Accelerating Global Climate Action will take place in a digital format on 2 December at 12:30 EST. This event will discuss the role capital markets can play in unleashing the financing so urgently needed to recover from the Covid-19 crisis while also avoiding the worst effects of climate change. As a Moral Money subscriber, register here for your free pass.

And Alice Ross, the FT’s deputy news editor, is releasing her latest book Investing to Save the Planet, this week. It is a useful guide if family members or friends ask you for an introduction to green investing; we all need some hope in these dark days.

Why Larry Fink is reminiscing on his mortgage days

What impact with news like Johnson’s move have on investors? Judging from Larry Fink it will add to a growing momentum trade.

Mr Fink, BlackRock’s chief executive, told Gillian Tett that “we’re seeing a tsunami of change in asset reallocation right now”. Indeed, the current boom in green finance reminds him of how the mortgage market grew from less than $1bn of mortgage outstanding to becoming a dominant component of the capital markets in five years alone.

What makes him particularly upbeat is that the shift could soon spread to passive investing, as well as the active sector. Passive investments have hitherto been a big impediment to the expansion of green finance — and green critics of BlackRock often cite its vast passive business as a factor that undermines Mr Fink’s climate pledges (since money remains invested in dirty assets, by default).

However, Mr Fink argued that growing customisation of indices is about to revolutionise this space, and make it easier to inject a green lens into passive investing. And as asset prices respond to the momentum trade towards green, this will also get reflected in passive allocations. “[Sustainability] will be the lens from which we view everything in 10 years,” he insists.

The proof of these bold promises remains to be seen. But some change is already evident: Mr Fink published a letter at the start of this year calling on companies to adopt the Sustainability Accounting Standards Board Framework (SASB), and since then SASB has seen a 400 per cent growth in companies reporting.

Separately, Mr Fink argued that sustainability also explains the divergence in companies’ share performance this year: those without proper ESG strategies are becoming laggards. “The best companies are those that are heavily engaged in their corporate purpose . . . and you see that in their profitability,” he told US Chamber of Commerce president Suzanne Clark, at a separate event. “We’re talking 20, 30, 40 per cent divergence of companies in the same industry. I’ve never seen such a broad divergence of price-to-earning ratios.” (Kristen Talman)

The blank cheques inked in green

Welcome to more alphabet soup. While most of us will remember 2020 as the year of the coronavirus pandemic, financiers will also remember 2020 as the year blank cheque companies exploded in equity markets. Special purpose acquisition companies (Spacs), which raise cash on the stock market and hunt for a private company to take public, are poised to be a strong source of funding for sustainability projects going into 2021.

A Moral Money analysis of Spac Insider data identified $3.2bn of Spac funds dedicated to sustainability that are searching for acquisitions. These include blank cheque companies dedicated to sustainable food acquisitions as well as a Spac launched by Citic Capital, the private equity arm of China’s state-owned financial services group, to buy energy efficiency and clean technology businesses.

And this dollar amount probably underestimates the Spac money looking for sustainability deals, said Kristi Marvin, founder of Spac Insider. While some Spacs are dedicated to sustainability acquisitions in their offering documents, others are probably pivoting toward the sector, she said. Typically, there is a six to 12-month lag from when a Spac trades publicly to when it makes an acquisition, setting up a prosperous 2021 for sustainability businesses. “In the New Year, it could be a bumper crop for sustainability companies,” she said.

The US is unlikely to embrace its own version of Europe’s “green deal.” But the US stock market might be able to fill a void in transition financing with the Spacs bonanza. (Patrick Temple-West)

The UN Principles for Responsible Investment (PRI) and the European Leveraged Finance Association (ELFA) are collaborating on ESG disclosures for leveraged finance transactions.

The duo wants to increase disclosure of material ESG factors for “junk” or subinvestment grade corporate borrowers. The PRI and ELFA will publish a briefing of their findings in the coming weeks.

“We need to reach a consensus on a minimum list of meaningful information,” said Carmen Nuzzo, head of fixed income at the PRI. Discussions with the people preparing offering materials are “a crucial place to start for ‘singing from the same hymn sheet’ and enabling practical solutions that can move the industry forward”, Ms Nuzzo said. (Patrick Temple-West)

US co-operation with China is essential to combat global warming, and the Biden administration has crucial decisions to make in the months ahead to reset US-China relations to prioritise climate change solutions, former US Treasury Secretary Hank Paulson said this week.

In a speech before the Bloomberg new economy forum, Mr Paulson said voluntary climate targets are insufficient, and that tough policies need to create incentives to curb emissions. The Biden administration, by rejoining the Paris agreement, is taking the first steps in developing a climate architecture, Mr Paulson said. But much more needs to be done.

Next, Mr Biden should join forces with China to invest in technologies to avoid tragic climate outcomes — even if they are not commercially viable, he said.

One of the biggest sticking points for the Biden administration is China’s resistance to WTO negotiations on tariffs for environmental goods and services, Mr Paulson said. Both countries should lift these tariffs as there is an estimated $3tn opportunity in China to help clean up its polluted air, he said.

“Working with China is in our self-interest,” Mr Paulson said. (Patrick Temple-West)

Grit in the oyster

Notably, car companies are the worst-performers on human rights, WBA’s data show. The average score for automotive companies is 12 per cent, WBA said — the lowest score ever. Two-thirds of the companies scored zero across all human rights due diligence indicators.

Shinhan Financial Group, a leading bank in the country, announced earlier this week that it aims to be carbon neutral by 2050. According to the bank, the commitment is the first of its kind among financial institutions in south-east Asia.

Under the “Zero Carbon Drive” initiative, Shinhan will divert loans and investment from companies with high carbon emissions to green ones, aiming to cut emissions from its asset portfolio by 38 per cent by 2030 and 69 per cent by 2040, before achieving net zero by 2050.

Sejong Youn, director at a South Korea-based climate policy group Solutions for Our Climate, applauds Shinhan’s decision as “a meaningful step”. He said: “It is the first financial institution [in the region] to talk about overall carbon exposure and plans to reduce it.”

Mr Youn also thinks it is a step forward from the “no further coal” commitment, explaining: “It really does not take a lot of effort to step away from the coal industry, which is already in deep decline.”

“It is clear the end game we are now headed to [is] zero emissions. Coal is just the first step,” said Tim Buckley, director of energy finance studies (Australia and South Asia), at the Institute for Energy Economics and Financial Analysis.

He observes that the year 2020 is turning out to be a pivotal year for fossil fuel exits, partly thanks to the strong trend in Asia. Mr Buckley added: “Asia started 2020 as a global laggard, with almost no climate risk discussion, and no credible coal exclusion policies from [major] companies, [but] now we are getting Asian policies every week or two.”

Decarbonisation has strong public support in Korea, but Mr Youn is expecting significant push back especially from the carbon intensive industries, and believes that “the difficult part [of decarbonisation] has just begun”.

B S Yediyurappa says will not allow Karnataka bandh against Maratha body, warns of action