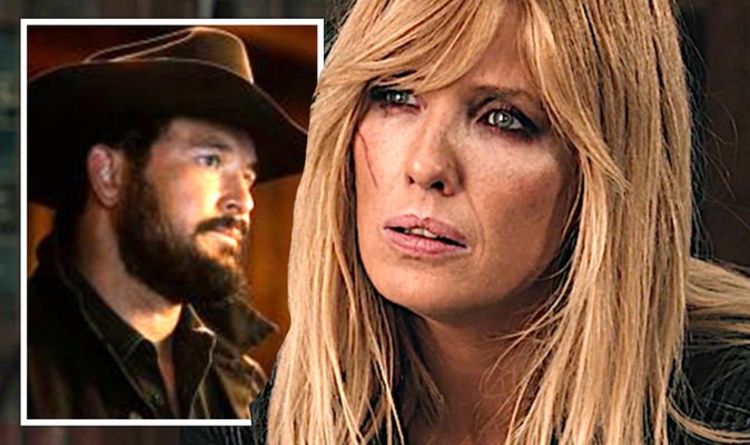 Yellowstone season five will air on The Paramount Network in the near future and tensions continue to rise within the Dutton family. In the latest season, Beth Dutton (played by Kelly Reilly) and Rip Wheeler (Cole Hauser) finally tied the knot. But things could all go downhill from here when it comes to Beth and her vengeful schemes.

Beth Dutton showed just how feisty she can be in the fourth season of the Western melodrama.

After the mystery of who was behind the Dutton attacks came to a head, she wanted revenge and no one could stop her.

She is still at war with her brother Jamie (Wes Bentley) and has gained another enemy in Caroline Warner (Jacki Weaver).

In one scene from the latest season, her husband Rip was heard saying how he was worried about Beth taking matters into her own hands.

However, she assured him some things were best being dealt with alone.

Fans have taken to Reddit to discuss how, if Beth continues to head out for vengeance, it may come back to bite her.

Dobes_24 spoke of how Beth and Rip are the perfect couple who love each other unconditionally.

They said: “Together they brighten up what would be the most evil union ever.

“I want them to be the last Duttons standing. Nobody would cross the Duttons with these two in charge.

“I doubt that will happen but I still hope for it. It would be a twist.

Beth could have something dangerous up her sleeve if she is determined to take down enemies like Carol.

She was also known to have kidnapped a priest in the previous season, so she is willing to do whatever it takes to get what she wants.

Beth was prepared to kill her own brother Jamie and had planned for the repercussions.

Marrying Rip so quickly could have been a result of foreseeing what her future could look like if all hell broke loose.

Emuwannabe said: “I think in the end it’s going to be up to Rip how long they stay together.

“Beth is unstable at best, but he seems to stabilize her the way no one else can.

“So I think it’s really how long he can put up with her? Or how far she can push it before he finally says enough is enough.

“But I think he also has a very long fuse when it comes to her. I’m sure she could murder the boy in front of him and if she had a reason that he believed he’d be ok with it.”

Their relationship could be put to the ultimate test in season five, leaving fans on the edge of their seats.

Will Rip continue to support his wife unconditionally? Or will he let her know when she has crossed a line?

Yellowstone season 5 will air on The Paramount Network.