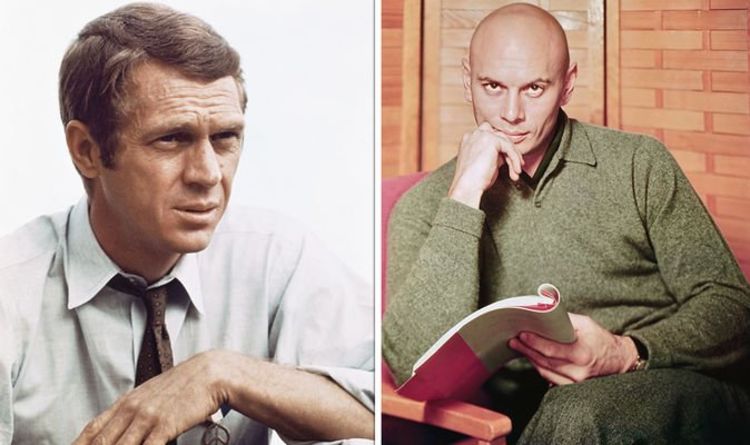 Yul is a Hollywood legend, known for iconic films, including his Oscar-winning performance as King Siam in ‘The King and I’. One of the Russian-born actor’s other most celebrated roles was in sci-fi western thriller, ‘Westworld’, which BBC One is showing tonight. Yul plays a robot gunslinger in the 1973 Michael Crichton movie set in a futuristic amusement park. Things get dark when the resort’s robots malfunction and his character wreaks havoc for the holidaymakers.

One of Yul’s most-cherished roles was in western thriller ‘The Magnificent Seven’ in 1960.

At the time, Yul was perhaps the most famous of the seven actors playing the heroic gunmen.

The seven save a Mexican village from the wrath of a group of bandits led by Calvera, played by Eli Wallach.

Among the heroes was a relatively inexperienced Steve McQueen, who at the time was still trying to forge a career for himself in Hollywood.

Despite his and Yul’s on-screen partnership, the pair were said to have had a frosty relationship in real life.

Yul once “grabbed” Steve, who he deemed a “threat”, according to Steve in Mr Eliot’s 2005 book, ‘Steve McQueen: A Biography’.

Steve is quoted as recalling the “tension” between him and Yul on set, saying: “We didn’t get along.

“Brynner came up to me in front of a lot of people and grabbed me by the shoulder.

“He was mad about something – I don’t know what.

“He doesn’t ride well and knows nothing about guns, so maybe he thought I represented a threat.

“Well, I don’t work that way. So, I protected myself.”

Yul was also said to have been insecure over his height and would reportedly scrape together a small mound of dirt for himself to stand on during his ‘Magnificent Seven’ scenes with Steve.

In response, Steve was said to slyly kick the dirt away and would mess his hat and gun to distract from Yul delivering his lines.

The pair’s co-star, Robert Vaughn, also commented on their frosty interactions in his 2008 biography, ‘A Fortunate Life’.

Robert claimed Steve was jealous of Yul’s gun he used in the film, while he was also possessed by a ruthless drive to make his way in Hollywood.

He wrote: “Steve was intensely competitive. It wasn’t enough just to be successful —he had to be more successful than anyone else.”