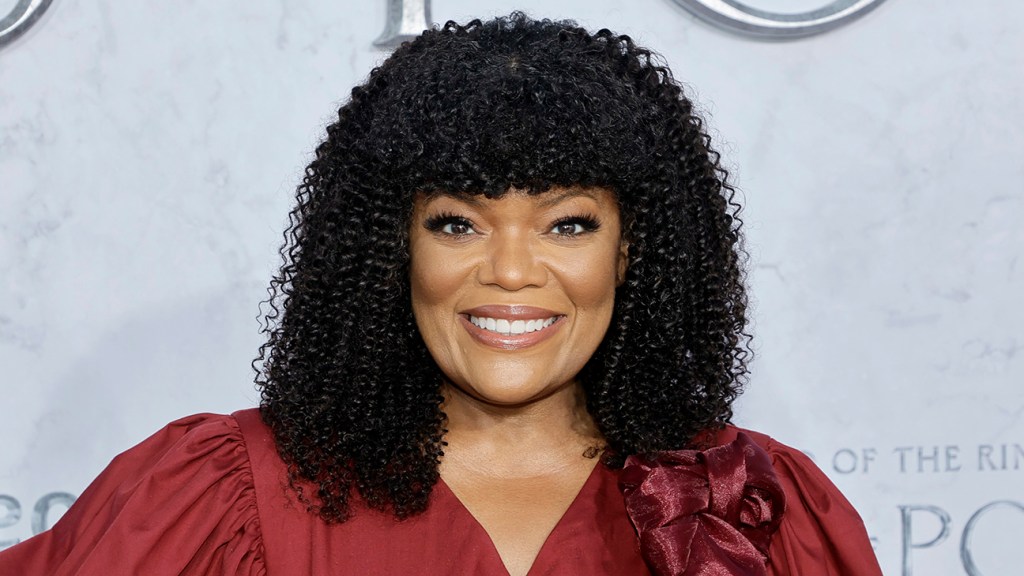 Emmy nominee, actress and producer Yvette Nicole Brown is set to host the 2022 Sentinel Awards, an annual celebration of TV’s most impactful stories.

The gala, which will honor 11 scripted shows this year with a special award for FX’s Reservation Dogs, is set for a live and in-person event on Oct. 25. The show will take place in the Television Academy’s Wolf Theater located at the Saban Media Center of the Academy of Television Arts & Sciences. The awards are presented by Hollywood, Health & Society (HH&S), a program from the USC Annenberg Norman Lear Center.

“What a thrill to announce that we’re returning this year to a live venue, and for the first time at the Television Academy with the wonderful Yvette Nicole Brown serving as the evening’s host,” HH&S director Kate Folb.

Brown is known for her work on A Black Lady Sketch Show, Community, Big Shot, Mom, Family Guy, Curb Your Enthusiasm and the Disney animated series Elena of Avalor. This November she’ll co-star in the Enchanted sequel Disenchanted.

The Sentinel Awards honors visionary small-screen storytelling across broadcast, cable and streaming that makes a difference. Honored shows touch on powerful and timely topics such as abortion, healthcare and economic disparities, aging and caregiving, artificial intelligence, the climate emergency, mental health and racism.

This year’s previously announced honorees include Dopesick, Abbott Elementary, Hacks, A Million Little Things, Never Have I Ever, Upload, The First Lady, Fraggle Rock: Back to the Rock, Resident Alien, The White Lotus and Harlem.

Reservation Dogs, co-created by Sterlin Harjo and Taika Waititi, will receive the special Culture of Health Award, which recognizes TV’s transformative power to affect audiences with storytelling that addresses important issues of health, well-being and equity in society. The series is being honored for its season one work.

Hackers demanded ransom from LAUSD. The district refused to pay.